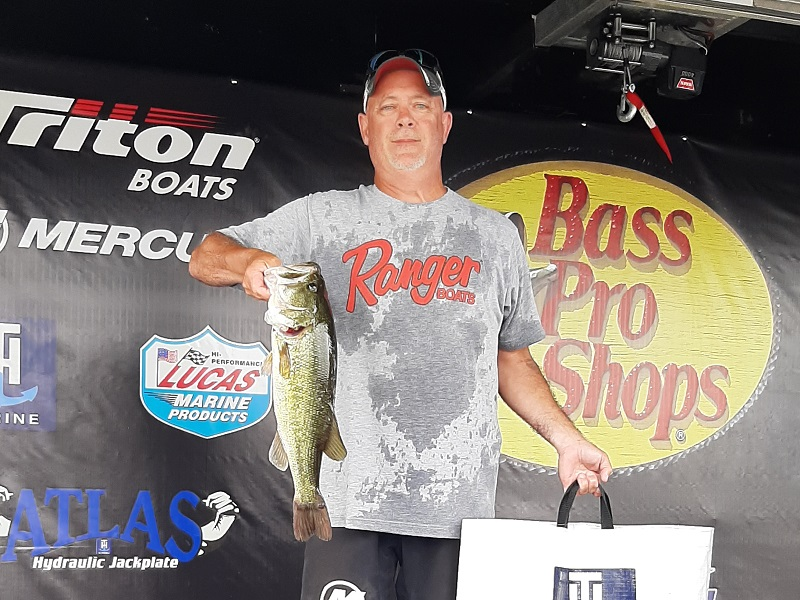 Taking 2nd place was Dale Pelfrey with 5 fish for 15.71 lbs. and winning $800. He caught his fish using Worms, Ned rig, Spinnerbaits and Crankbaits.

Finishing in 3rd place boater was Jeff Walker with 5 fish for 14.64 lbs. and winning and $600. He caught his fish upriver using worms and jigs.

The Boater big bass was caught by James Muench weighing 7.09 lbs. and winning $270. He was unavailable for comment. 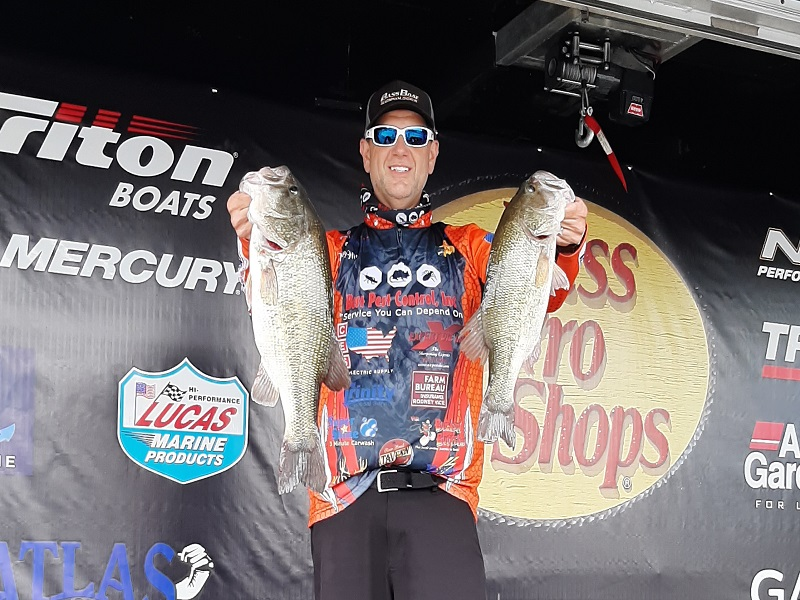 Taking 1st place in the Co-Angler division was Tony Hill with 3 fish weighing 12.77 lbs. and winning $750. He caught his fish on Zoom brush hogs and worms.

Finishing in 2nd place among the co-anglers was Christopher Benninger with 3 fish weighing 12.31 lbs. winning $400. He caught his fish dragging a Zoom worm.

Finishing in 3rd was with 3 fish David Marr weighing 9.51 lbs and winning $300. He caught his fish on a senko in shallow water.

Taking Big Bass on the Co-Angler side and winning $135 was Tony Hill with a 6.62 lber. he caught the fish on a brush hog.

The next stop in the East Tennessee Open Series division is July 11th on Douglas Lake at the Dandridge Ramp.