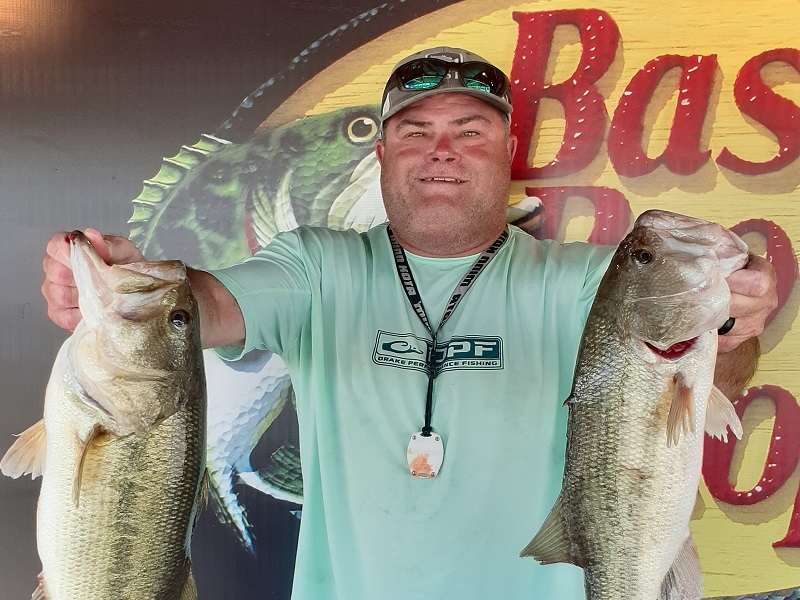 Shannon Denson of Brandon, MS won the Bass Pro Shops Open Series Mississippi division held June 27th on Ross Barnett Reservoir.  Running out of Tommy’s Trading Post, Shannon caught five-bass weighing 19.00-pounds. A multi-year drawdown on Ross Barnett has ended and is now full of water.  The anglers were given conditions they are not used to but the fishing has continued to flourish.  For the Boater Division victory, Shannon took home a check for $5000.00 for the win, and $600.00 for catching big bass in the boater division with a 6.55 lb kicker.

“This week was the first time I had taken off to practice for a tournament all year.  I work 6 days a week and needed a break.  I fished hard Thursday and Friday.  It was overcast yesterday so I stayed shallow for a long time.  I found 3 groups of fish and I think the place I chose to start this morning the key to the whole thing.  I caught the 6 and another good one there, then went to the main lake to finish out my limit.  I thought I was going to smack em good out there because the conditions were just like yesterday but that’s not what happened.  I struggled because all my fish had suspended.  I had to throw a swimbait and count down to the depth they were holding at.  I probably only caught 15 the rest of the day.” Said Shannon.

In second for the boaters Alfred Williams of Jackson, MS landed a five-bass limit going 17.19-pounds.

“I fished shallow vegetation and caught my fish using a frog and TX Rig worms today.  I caught 2 fish over 4 lbs then moved out on some ledges to fill my limit.  I tried to upgrade from there and managed a good bag today.” Said Alfred.

“I was everywhere today.  I started shallow this morning just like most of us did throwing a frog and caught a couple.  After that I ran a bunch of one stop one fish spots and culled pretty much everything I had.  I caught them on the frog, a jig, and a worm just running and gunning all day.” Taylor said. 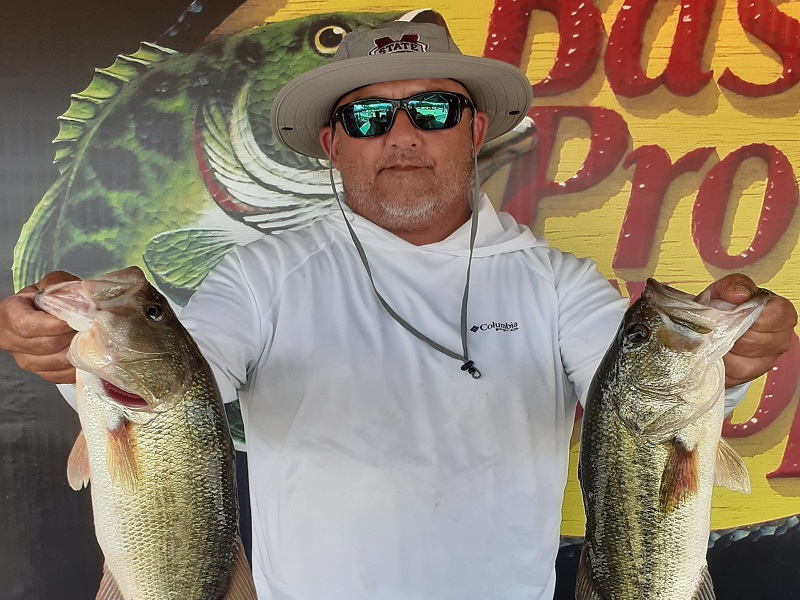 In the Co-Angler Division things were much more different than the last time.  Super high flooded conditions at the last tournament gave way to almost perfect conditions on Saturday and Michael Cooper of Wesson, MS managed a solid 3 fish limit for 11.08 lbs anchored by the big bass for the co-anglers as well at 4.10 lbs.

“I fished with Tayler today and just like he said, we were all over the place.  I caught my first fish up shallow on a frog and things slowed down for us so off we went.  I managed the other two throughout the day and felt good about what I had but did not think it would win.  The lake has been fishing very well lately.  All the tournaments have taken good weight to win so I am incredibly happy with the outcome.” Michael said.

Taking second for the co-anglers, Bobby Williams of Brandon, MS had three fish for 9.27 lbs, anchored by his largest fish at 3.76 lbs.

“The fish were not committing very well early this morning.  My boater missed a couple of topwater bites so I decided to slow down by throwing a creature bait.  I was hopping it off the bottom in the pads while he fished topwater.  I managed to catch my first fish with the slower presentation.  I stayed with it and caught the 3.76 on the edge of the pads.  The wind had picked up a bit and I believe that helped.  I caught 4 fish today and had a good weight with my best three.” Stated Bobby.

Finishing in third for the co-anglers was Chris Bowers, also from Brandon, MS with three fish for 8.92 lbs, anchored with a 4.02.

“We fished shallow pads today with all my keepers being caught on a swim bait.  I culled a couple times today.” Said Chris.

Slated for August 8th and 9th, the next tournaments will be back on Ross Barnett out of Madison Landing for a double header weekend.  At the end of the season, the best anglers from across the nation advance the 2021 Ray Scott Championship to be held at Lake Chickamauga.