“I caught that big bass first thing this morning on a magnum Pop-R. I caught several other fish on seawalls and caught a few more on swimbaits in deeper water rockpiles. I fished relatively close, probably about a mile away.” Dobbins said.

“I caught my fish all over today. I ran up, down, and all around the river. I caught my fish flipping a jig on boat docks and only one fish in deeper water on a shakey-head.” Teems said.

“I caught my fish upriver on a finesse jig targeting rock close to the channel. This is the first time I have targeted largemouth on Logan Martin. I didn’t have a chance to practice so I looked at Google Earth on my computer and studied the lake and went fishing.” Ortiz said. 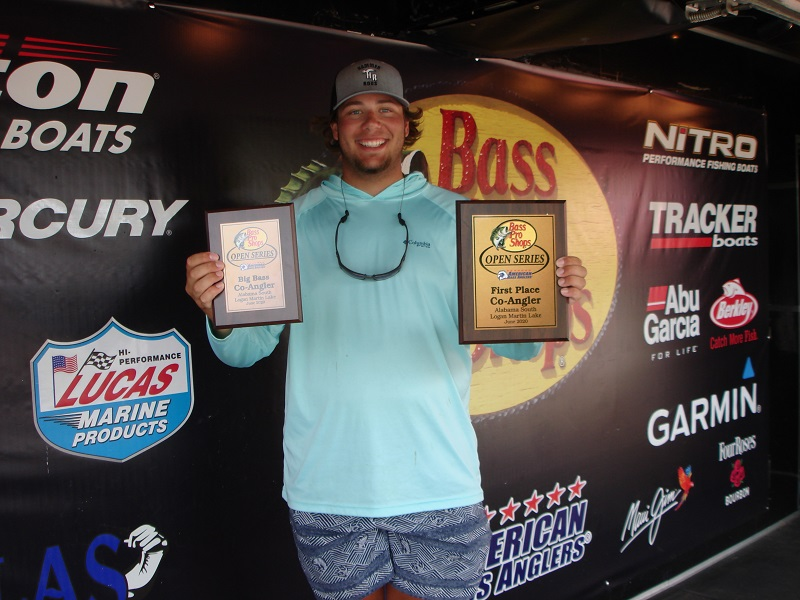 In the Co-Angler Division, Hayden OBarr of Gurley, AL won with three bass going 7.36 pounds that included a big bass that weighed 3.19 pounds. He pocketed a check for $950 for his win and an additional $160 for the big bass.

“I caught my fish today on shakey-heads under docks. We fished a lot of docks today and I caught that big bass late in the day also on a shakey-head.” OBarr said.

“I caught my fish this morning on topwater around seawalls and later in the day on a crankbait.” Stinson said. “

“I caught my fish on jigs around docks and one fish on a shakey-head. We fished all over the lake today.”  Enke said.

In fourth place among the co-anglers, Eldred Lewis of Tuscaloosa, AL brought in three bass for 6.85 pounds. Scott Cleveland of Marietta, GA finished in fifth place with three bass for 6.76 pounds.

Slated for August 29th, 2020, the next tournament will be the rescheduled event held on Lake Eufaula out of Lakepoint Resort State Park in Eufaula, AL. At the end of the season, the best anglers from across the nation advance the 2021 Ray Scott Championship to be held at Lake Chickamauga in April, 2021. 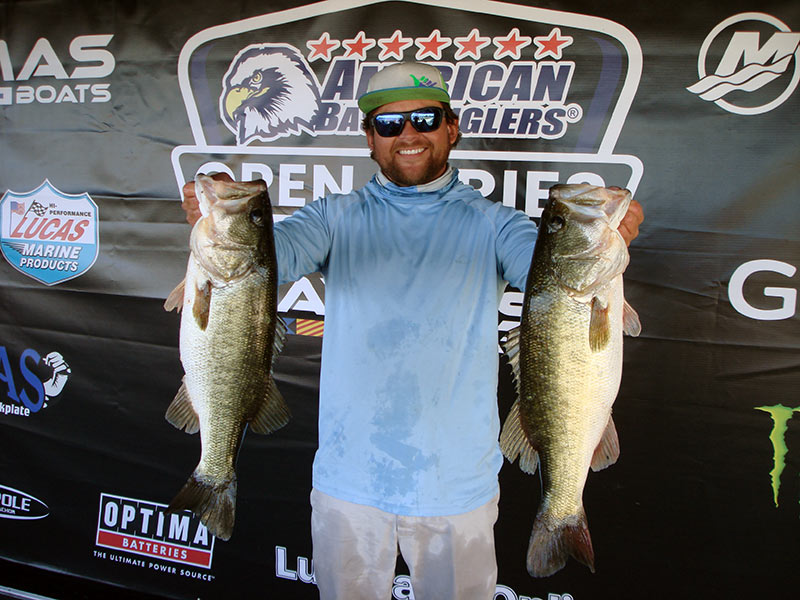