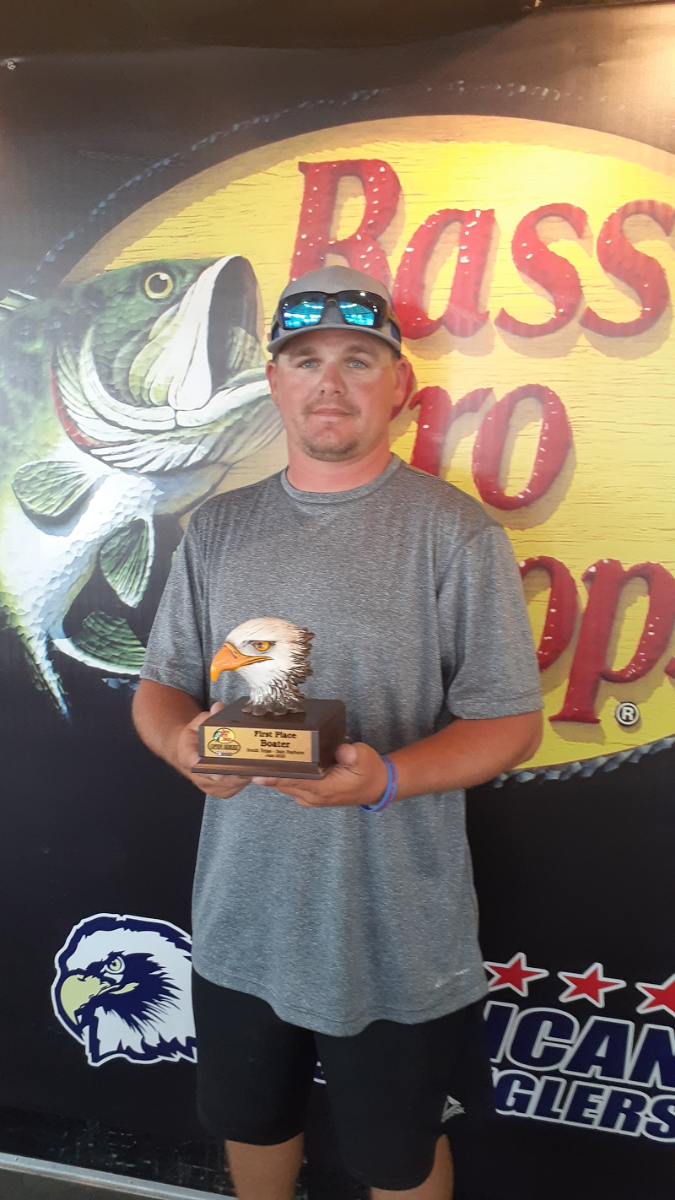 “I caught 16 fish with 5 culls throughout the day to get my final bag of fish.  Timing was a big component with these fish, and I had to be there when they were feeding and were fired up to eat.  I rotated between 4 different spots to get them.  I decided to quit pulling on them when I thought I was close to 20 lbs.  I have another tournament next weekend and wanted leave them alone.  I headed closer to the pavilion and fished there until we saw the storm rolling in and decided to call it a day.  I caught them on the upper end of the lake using a Carolina-rig with a V&M J bug in Outlaw Magic.”  Said Clay.

“I caught everything on a Carolina-rig and a 5 XD Crankbait again today.  Same as yesterday, I have got several drains on the mid to south end of the lake that are usually rather good holding fish from Monday through Friday but for some reason not so good on the weekends.  I checked them on Thursday and got a couple bites, so I left them alone.  I came back and fished them again like yesterday and spent the day running the same few drains picking up fish all day long.  I probably culled 5 or 6 times to get to my weight that I had.  It seemed like the better bites were later in the day.  I made my best cull after 1 PM.  My co-angler did the same thing as well.” Shannon said.

“I fished from 20-30 feet deep, keying in on natural cover like stumps and trees on main lake drops.  They had to have schools of shad on them to hold the fish though.  I threw worms, jigs, and crankbaits at them rotating from one bait to the next when the bite slowed down.  I probably had 25 keepers.  Most of them were small keepers but a decent kicker came through once in a while but today it was 7.57 lbs.” Said Gilmore. 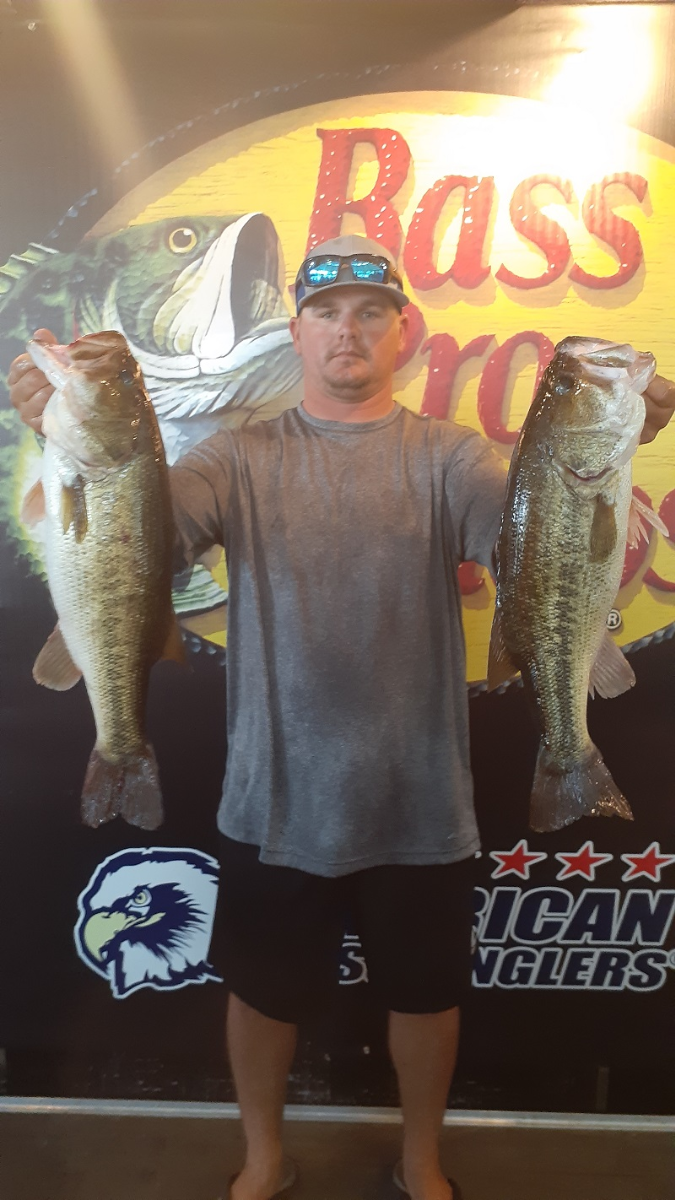 In the Co-Angler Division, Michael Nantz of Ben Wheeler, TX won with three bass going 8.76 lbs-pounds with his heaviest fish at 3.56 lbs.

"We flipped shallow bushes on the North end of the lake.  I probably caught 8 keepers today.  2 of my better culls came in the last hour of the day.  I didn’t think an 8 lb bag on Sam Rayburn would have a chance at winning but it held up and surprised me.” Said Michael.

Taking second for the co-anglers was Tammy Kiser of Montgomery, TX.  Tammy brought in a three-bass division limit weighing 6.41-pounds.

“Today was a grind to put it mildly.  We fished grass all day and it was a slow bite for us.  You had to fish very slow and just be patient.  On average, we probably caught 1 fish an hour between the two of us!  I culled just one time, but it was a good cull.  Perseverance and determination prevailed, and my boater and I were able to leave with a decent limit. I fished a red shad senko and switched colors a couple of time to see if it would make a difference but ended up with the red shad back on the hook.  I love fishing Sam Rayburn.  It seldom disappoints.” Said Tammy.

Glenn Cash of Boyce, TX placed third among the co-anglers with only 2 fish weighing 6.23 lbs, his biggest of the two went 4.57 lbs and took big bass honors for the co-angler division.

“I only caught 3 fish today.  The first one came on my 3rd cast of the day.  I was pitching a green pumpkin jig into shallow water around hydrilla.  The second one was my 4 lber, caught on a Carolina rig on a 20 ft drop off with a 5” black and blue worm.  My 3rd fish, well, did not quite make it.  It was only 9 inches long and has some growing up to do.  I didn’t think two fish would place me as high as they did, so I was pleasantly surprised with third place and big bass.” Said Glenn.

In fourth place among the co-anglers, Scott Matthews of Crosby, TX brought in three bass for 6.19-pounds. Otis Jnofinn of Channelview, TX finished in fifth place with two bass for 5.89-pounds.
Slated for August, the final tournament will be held on Sam Rayburn launching again from the Umphrey Pavilion. At the end of the season, the best anglers from across the nation advance the 2021 Ray Scott Championship to be held at Lake Chickamauga in April 2021.

Slated for August, the final tournament will be held on Sam Rayburn launching again from the Umphrey Pavilion. At the end of the season, the best anglers from across the nation advance the 2021 Ray Scott Championship to be held at Lake Chickamauga in April 2021.