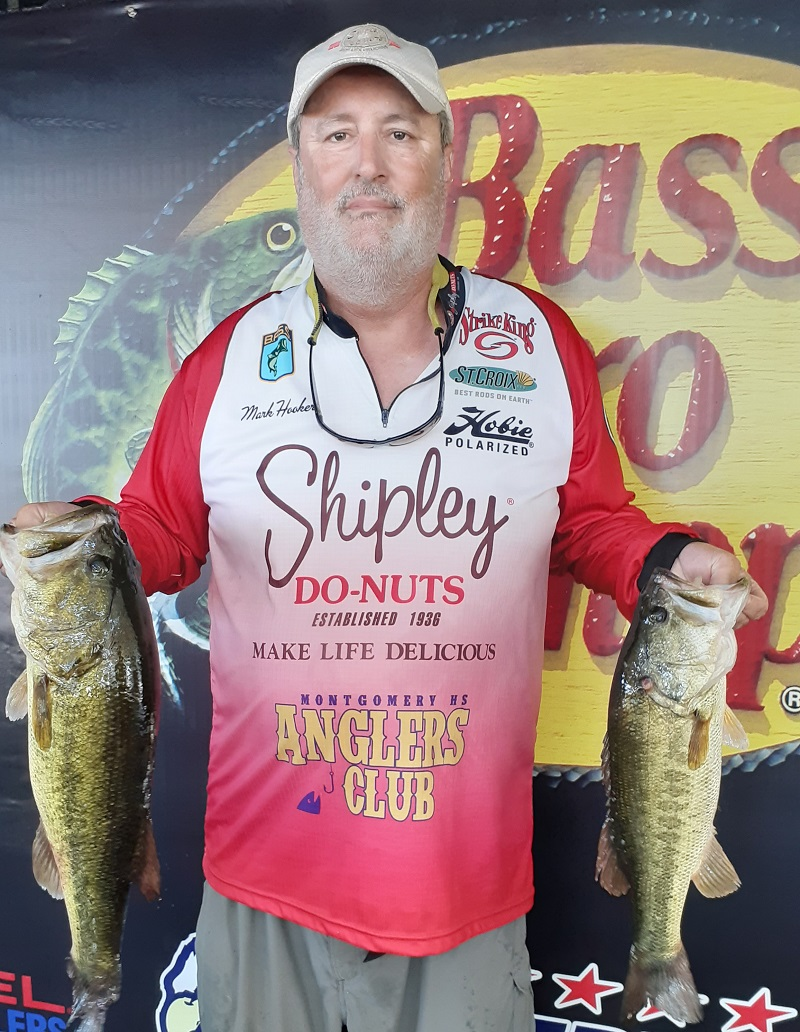 “I was fishing on the north end of the lake today. I found some fish on Wednesday and the fish changed up a little today.  I only had 6 keepers but 3 of them came before 9 AM.  I went through a couple hours of nothing then caught my biggest fish at 11:00.  The other two followed in the next hour or two with a later bite. I was fishing deep and shallow on two spots that I had chosen during practice.  On this lake it is very common to have a 25lb bag at times so I didn’t think that 17 would win it.  I figured I was a top 10 finish but today was tougher on everyone than I thought it would be, I guess it was just my turn.” Mark said.

In second for the boaters, Shannon Frick of Hemphill, TX landed a five-bass tournament limit going 16.64-pounds including a big bass that weighed 5.51-pounds.

“I caught everything on a Carolina-rig and a 5 XD Crankbait.  I have got several drains on the mid to south end of the lake that are usually rather good holding fish from Monday through Friday but for some reason not so good on the weekends.  I checked them on Thursday and got a couple bites, so I left them alone.  I came back Saturday and to my surprise they were still there.  I spent the day running the same few drains picking up fish all day long.  I probably culled 5 or 6 times to get to my weight that I had.  It seemed like the better bites were later in the day.  I made my best cull after 1 PM.  My co-angler did the same thing as well.” Shannon said.

“I fished from 20-30 feet deep, keying in on natural cover like stumps and trees on main lake drops.  They had to have schools of shad on them to hold the fish though.  I threw worms, jigs, and crankbaits at them rotating from one bait to the next when the bite slowed down.  I probably had 25 keepers.  Most of them were small keepers but a decent kicker came through once in a while.” 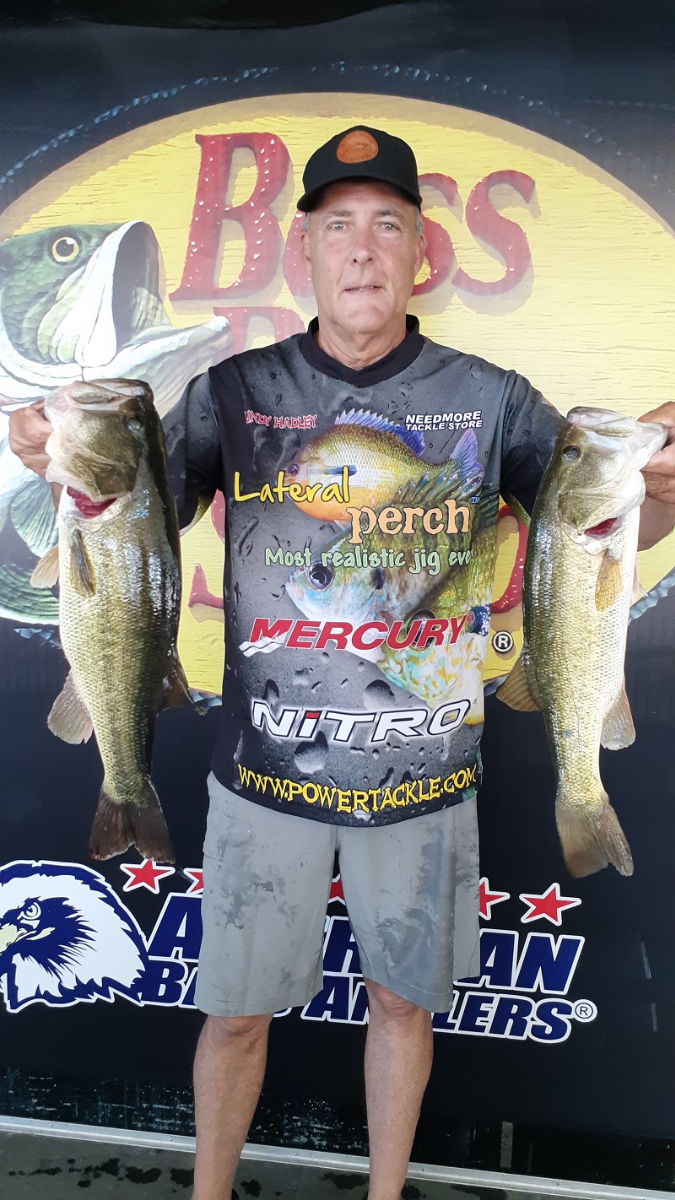 “I caught my fish early this morning on a spinnerbait.  So early I had my limit by 7:30.  I had 10 keepers I guess.  One of my cull fish was caught on a Carolina-rig in 25 ft of water but the rest were on that spinnerbait.  Most of them were also caught around the mid lake area.” Lindy said.

“I caught all my fish today on a crankbait in lower in the water column. Just making a lot of casts,” Gary said.

“We ran north today. I caught my fish on a Fluke targeting grass and timber up shallow.  I had my limit by 7:30 that morning and culled a couple times, but stuck with that same pattern all day.” Said Tom.

In fourth place among the co-anglers, Douglas Green of Houston, TX brought in three bass for 7.41-pounds. Jeff Cox of Walker, LA finished in fifth place with two bass for 7.36-pounds.

Slated for August, the final tournament will be held on Sam Rayburn launching again from the Umphrey Pavilion. At the end of the season, the best anglers from across the nation advance the 2021 Ray Scott Championship to be held at Lake Chickamauga in April 2021.