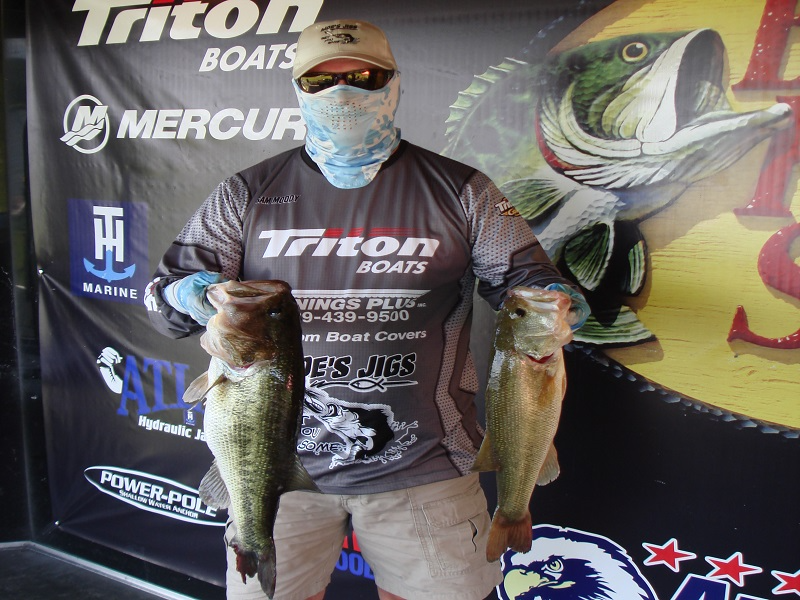 In second for the boaters, Scott Hayes of Newnan, GA landed a five-bass tournament limit going 15.59 pounds which included a big bass that weighed 6.11 pounds.

“I caught my fish flipping docks all day. I caught a few fish in the morning but in the last 1 ½ hours, I caught that big bass and a few better fish.” Hayes said.

“I also caught my fish flipping in dirty water. It was a grind all day.” Jamison said. 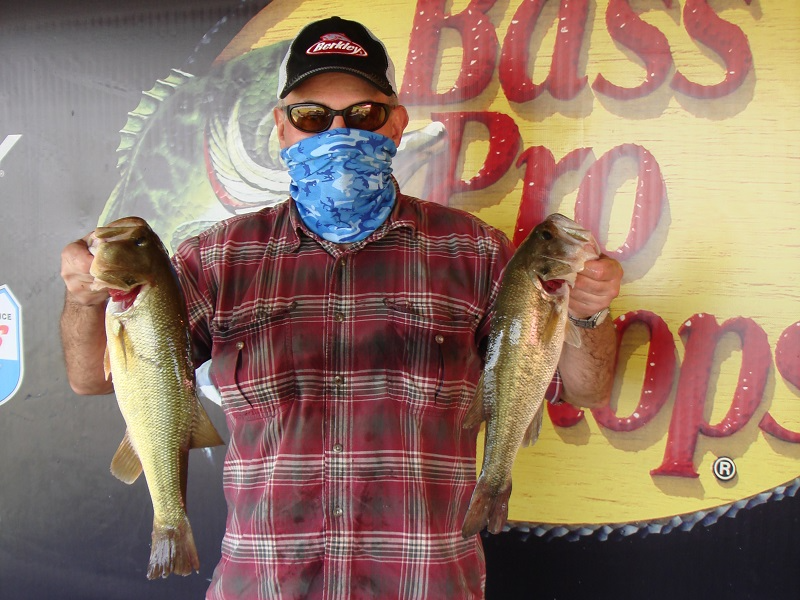 In the Co-Angler Division, Sam Naib of Atlanta, GA won with three bass going 7.53 pounds. He pocketed a check for $700 for his win.

“I caught my fish on a Strike King Menace bug, a Roboworm, and Rapala Clacking Crank. ” Naib said.

“I caught my fish on a shakey-head today fishing around docks.” Payne said.

“I also caught my fish on a shakey-head fishing the mid-lake area.“  Lewis said.

In fourth place among the co-anglers, Robert Enke of Columbus, GA brought in three bass for 5.19 pounds. James Murphy of Phenix City, AL finished in fifth place with three bass for 4.96 pounds.

Slated for September 12th, 2020, the next tournament will be on Lake Sinclair out of the Dennis Station Ramp in Eatonton, GA. At the end of the season, the best anglers from across the nation advance the 2021 Ray Scott Championship to be held at Lake Chickamauga in April, 2021.