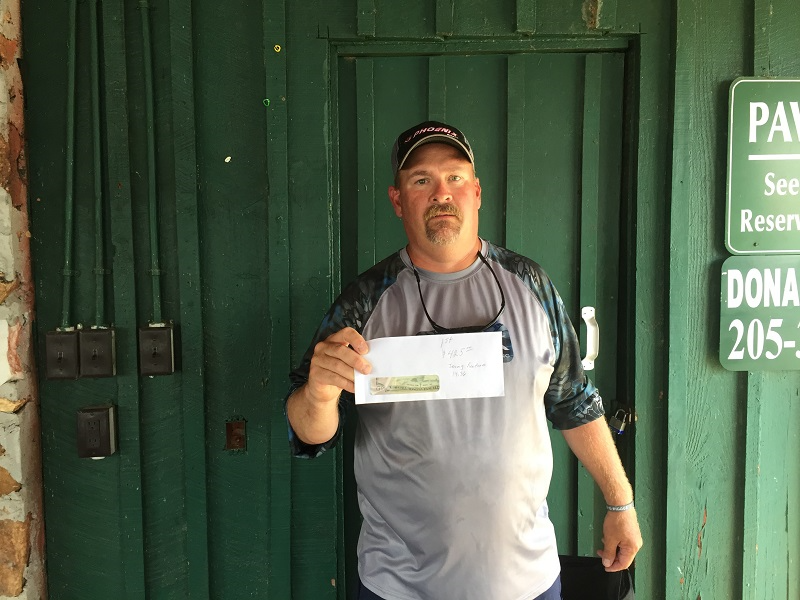 Second amongst the competitors was Joe E. Bridges with 5 fish that locked in the scales at 14.30 pounds.  For his efforts he took home $212 in prize money.

Jason Nixon caught the Biggest Bass of the tournament.  His fished locked in the scales at 5.22 pounds.  For his efforts he took home $65 in prize money for Biggest Bass.

The next tournament in this division is the required two day.  It will take place on May 23 and 24, 2020 launching from Cooters Pond Park boat launch on the Alabama River near Prattville, AL on May 23 and on May 24 launching from the Jordan Lake State Ramp near Wetumpka, AL.

The points champion from each division will compete in the annual American Bass Anglers (ABA) Bass Pro Shops Fishing Tour (BPSFT) Angler of The Year (AOY) Final Round at the BPSFT National Championship.
In addition, the top 500 anglers from the various divisions will earn the right to compete in the three-day ABA, BPSFT National Championship tournament.