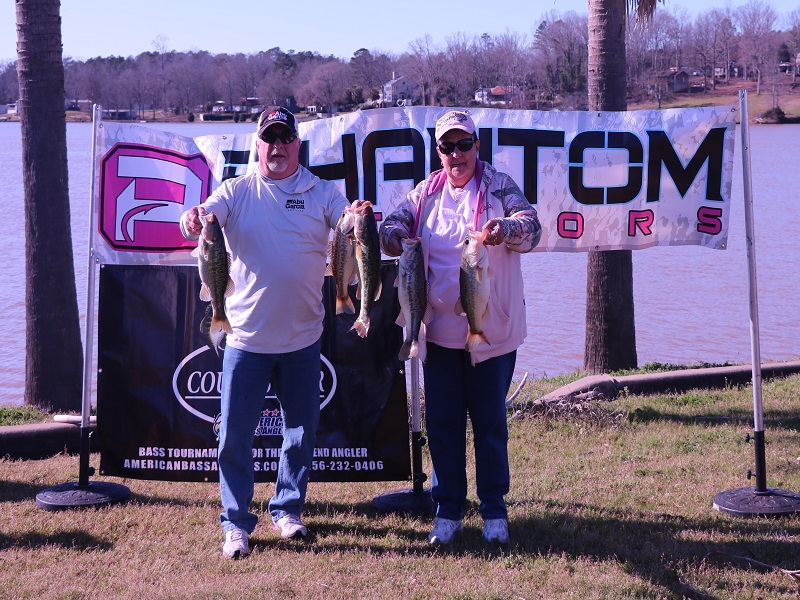 We had another chilly start for the South Carolina’s Lake Greenwood tournament on March 7, 2020.  But that didn’t hold back the 19 couples or the bass from participating.  Even with the muddy water and chilly conditions our couples brought 63 bass to the scales weighing a total of 134.14 lbs.  Thanks go out to our couples for their great fish care providing for another 100% release rate. John & Donna Branstetter took the win with a 5 fish limit weighing in at 14.86 lbs.  Donna also took Ladies Big Bass with a 3.96 lb. largemouth. 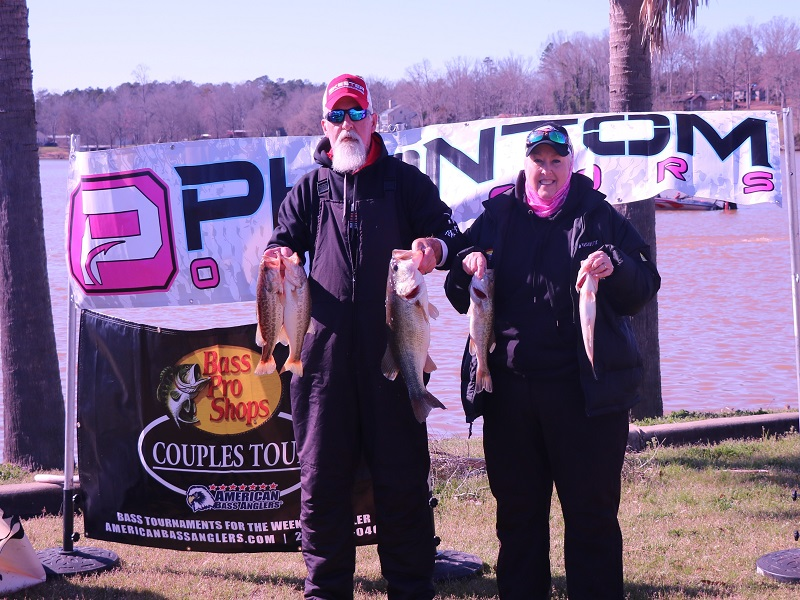 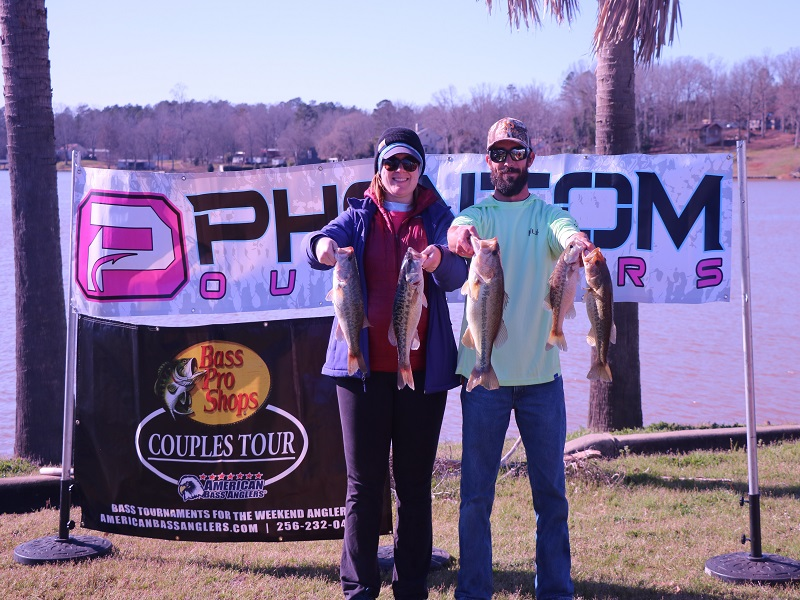 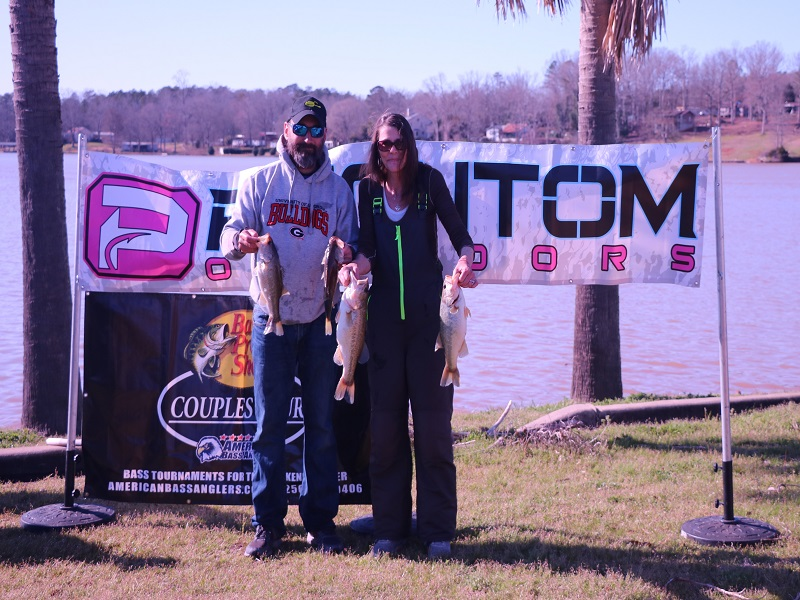 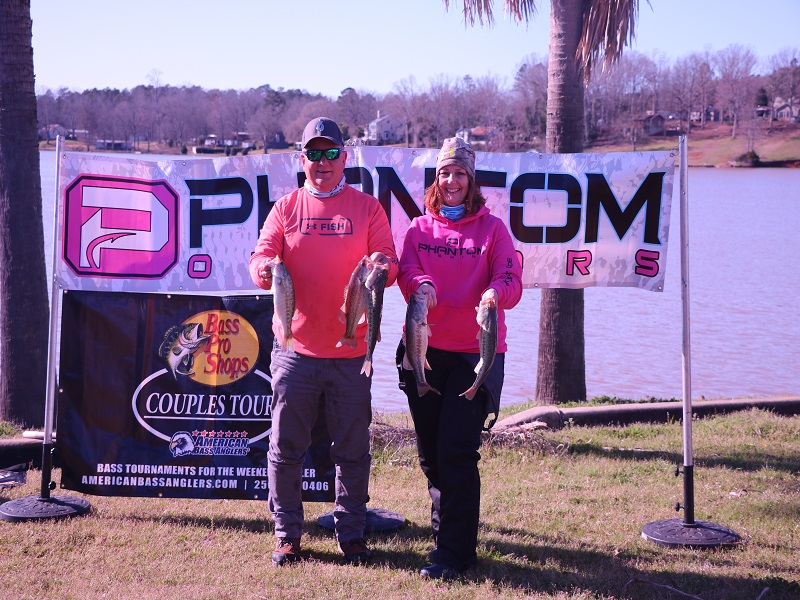 Please take a minute and go to our Sponsor’s Facebook pages to thank them for their support.

Sponsor items were drawn by those that didn’t earn a payout this tournament: 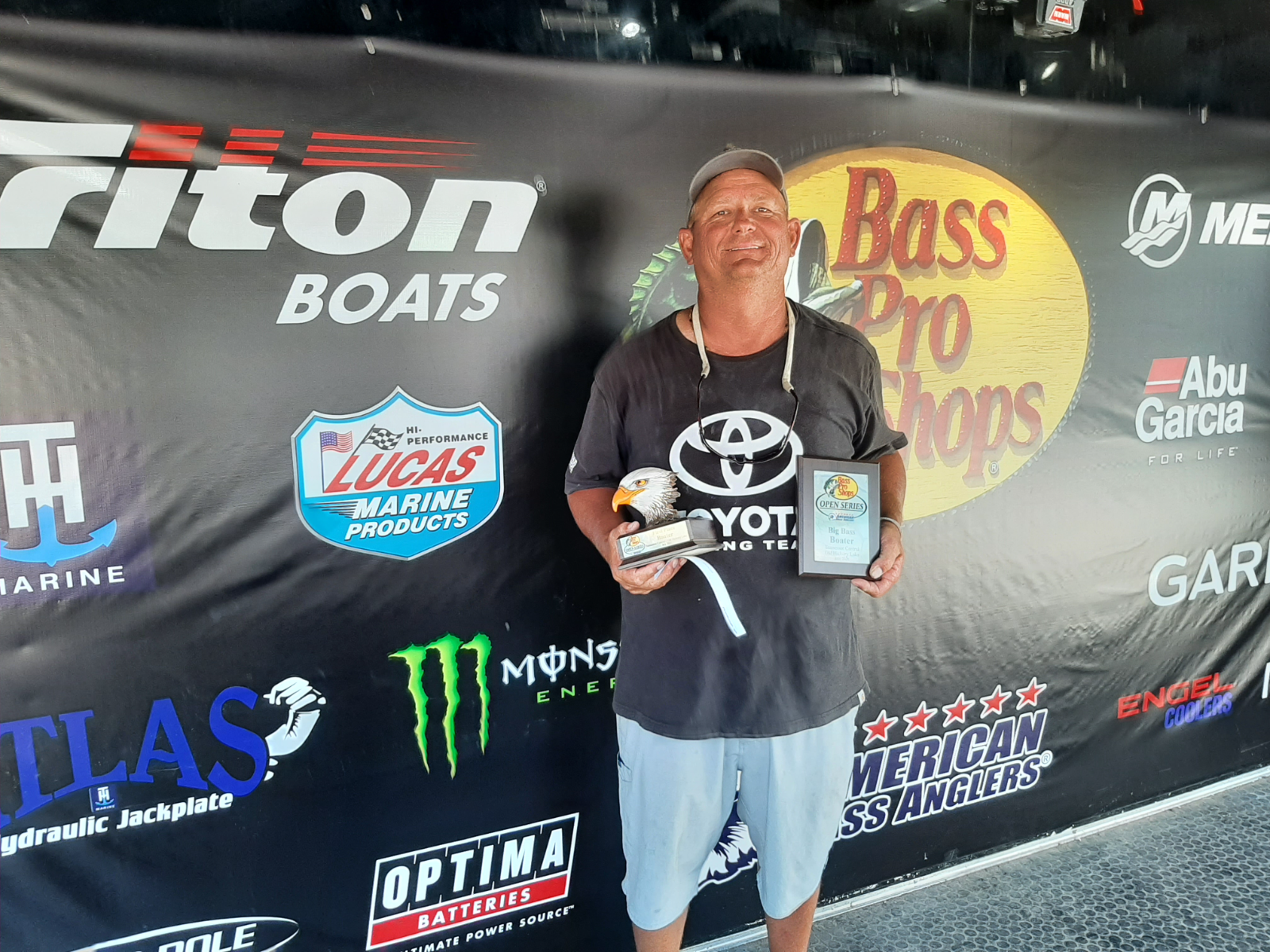