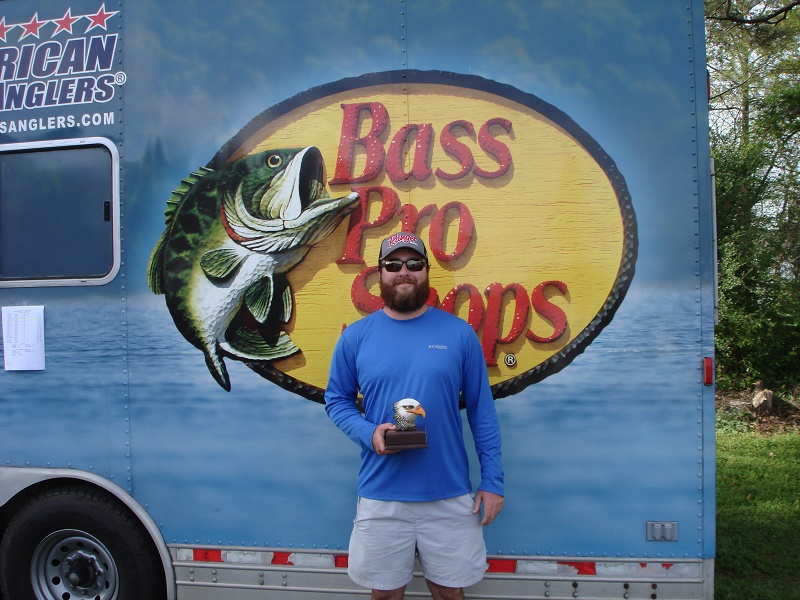 “I caught my fish between six rockpiles throwing a 7” swimbait. I was fishing up-river.”  Luna said.

“I caught my fish several different ways today. I caught some on a swim-jig, a swim-bait, and some on a Senko. I was fishing the lower end of the lake.” Dobbins said.

“I caught my fish today up-river in the current on a deep diving crankbait.” White said.

The big bass award for the boaters went to Rickie Harp of Cottondale, AL for a big bass that weighed 4.64 pounds.

“I caught that big bass on a shakey-head under a boat dock.”  Harp said. 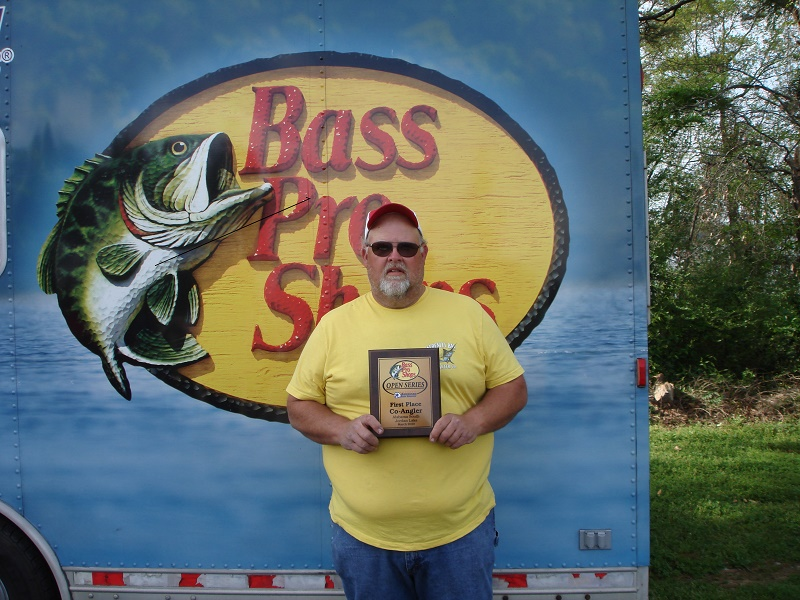 In the Co-Angler Division, John McGee of Pansey, AL won with three bass going 10.49 pounds. He pocketed a check for $750 for his win.

“I caught my fish today on a shakey-head in brushpiles about 15ft deep. I was fishing the upper end of the lake.”  McGee said.

Taking second for the co-anglers, Justin Girdner of Wetumpka, AL brought in three bass weighing 9.72 pounds including a big bass that weighed 5.21 pounds.

“I caught my fish on a swim-jig and a shakey-head around grass. “ Smith said.

In fourth place among the co-anglers, Randal Harris of Phenix City, AL brought in three bass for 8.36 pounds. James Matt Cameron of Southside, AL finished in fifth place with three bass for 8.19 pounds.

Slated for April 18th, 2020 the next tournament will be held on Lake Eufaula out of Lakepoint Resort State Park in Eufaula, AL. At the end of the season, the best anglers from across the nation advance the 2021 Ray Scott Championship to be held at Lake Chickamauga in April, 2021.