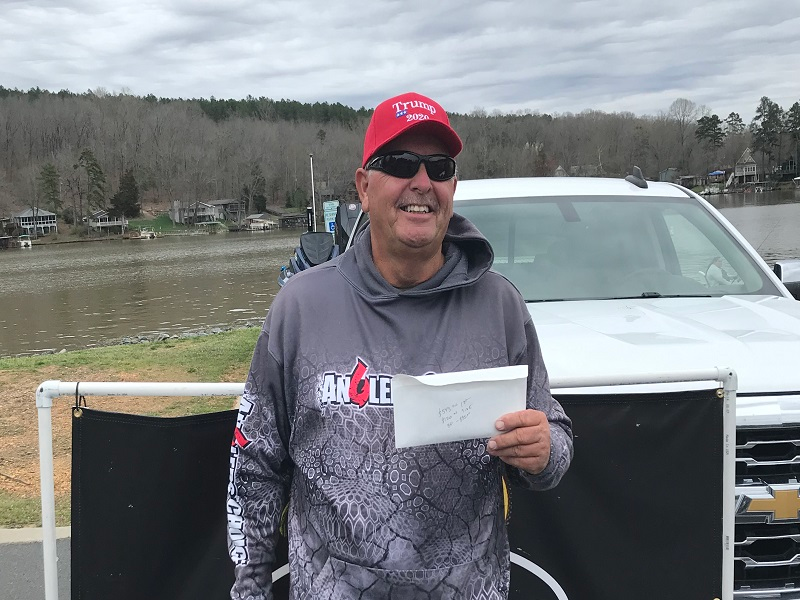 Ray reported catching the majority of his fish on a spinnerbait and stayed near the launch area. 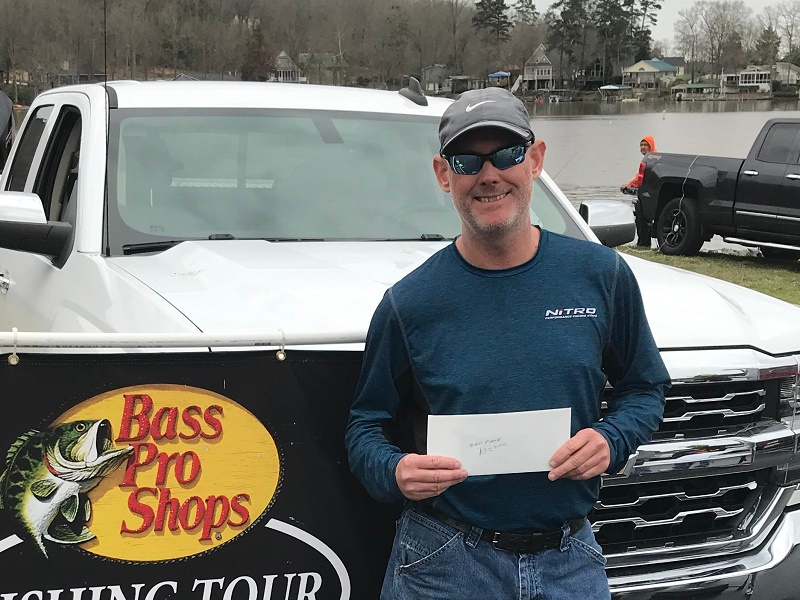 Second place was claimed by Lance Eckford with 5 fish and a total weight of 12.54 pounds.  For his efforts Lance took home $329.00 in prize money.
Lance reported catching his fish in laydowns in the mid lake area pitching soft plastics Texas rigged. 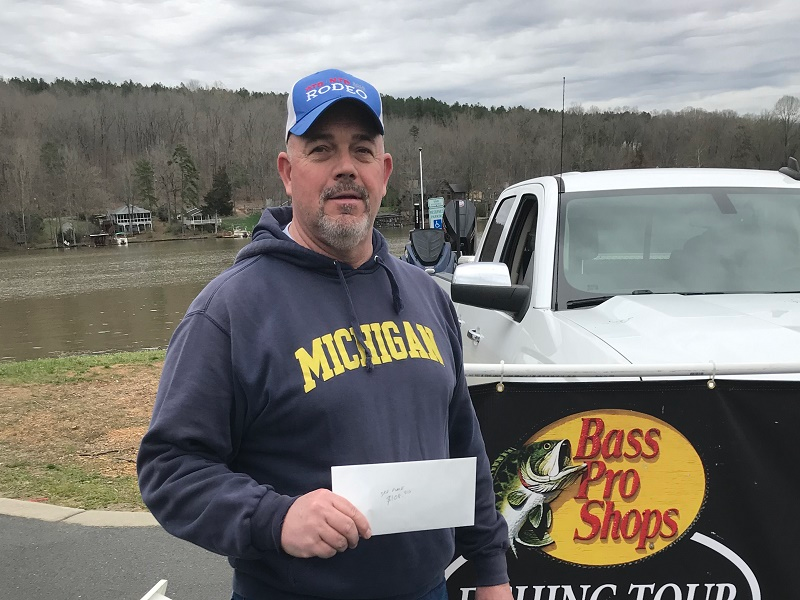 Terry reported catching his fish on a shallow crankbait about halfway back in cuts off the main lake.

The Biggest Bass of the tournament was caught by Ray Shelton.  His fish locked in the scales at 6.51 lbs.

The next tournament in this division will take place on April 4th launching from Hagar Creek Access.
For more information on this event or division please contact local director Lance Eckford (919)628-3383, or visit www.americanbassanglers.com

These anglers earn valuable points toward the divisional angler of the year title. The points champion from each division will compete in the annual Bass Pro Shops Fishing Tour Angler of The Year Final Round at the Fishing Tour Championship. In addition, the top 500 anglers from the various divisions will earn the right to compete in the three-day ABA, Bass Pro Shops AFT National Championship tournament.

The Bass Pro Shops Fishing Tour offers low cost, close to home bass tournaments that are designed for the weekend angler. All anglers fish for money and points. The points advance the angler to their divisional championship and the top 500 anglers in the US are invited to the American Fishing Tour National Championship.