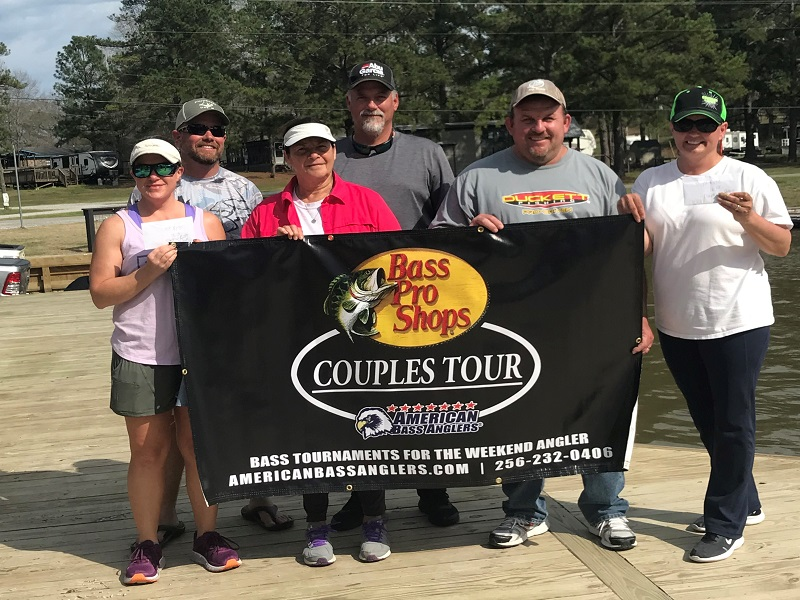 In second for the 8 teams, Joseph and Dimple Clevinger caught five bass weighing 10.70 pounds. They pocketed a check for $325.00.

Beckie Williamson won the Woman’s Big Fish contest with a 3.16 pound kicker.  The top teams caught their fish on shaky heads and Carolina rigs in 10 to 15 feet of water.

The next divisional tournament will be on April 11, 2020 at the Lay Lake out of LaCoosa Marina. The top angling couples from across the nation earn the right to compete in the annual American Bass Anglers Couples Series National Championship tournament.