Nineteen anglers launched from Hwy 72 near Elberton, GA to face a tough bite on Lake Russell.

Water temps were in the mid to upper 50’s and mostly stained due to the rain we continue to get on a weekly basis.

Twelve of those anglers brought back five-fish limits to the scales, but when the scales closed Wayne Davenport from Pelzer, SC., took the victory with 11.71 lbs. 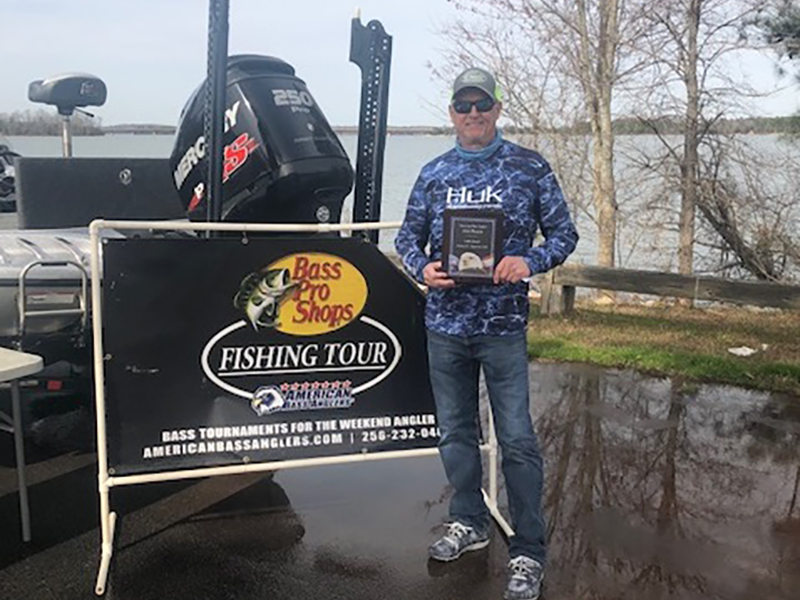 Second amongst the competitors was Mike Beck of Hull, GA with five fish that locked in the scales at 11.30 lbs.

Third place was claimed by Steven Webb of Dewey Rose, GA with five fish and a total weight of 11.22 lbs.

The Biggest Bass of the tournament was caught by Darryl Huntsinger of Hartwell, GA. His fish locked in the scales at 3.49 lbs earning him $95.00 in prize money.

The next tournament in this division will take place on March 22nd, 2020 launching from the Dorn Boating Facility on Clarks Hill Lake located near McCormick, SC.