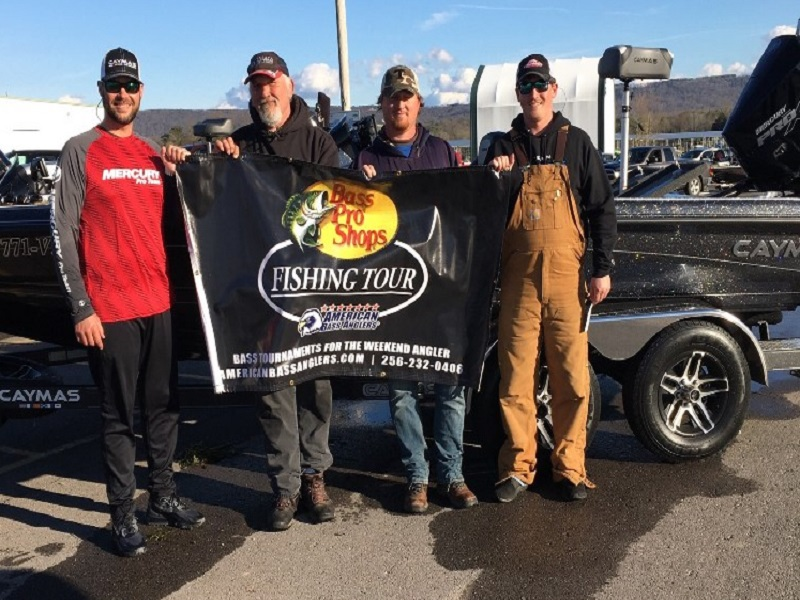 Will Beutjer of Athens, AL took the win in the Bass Pro Shops Fishing Tour division 29 tournament held February 2nd on Lake Guntersville.  Running of Goose Pond near Scottsboro, AL Will brought back a five-fish limit that locked in the scales 21.55-lbs anchored by a nice 8.21-lb toad.  He took home a check for $543 for the win.

Second place was claimed by Tony Tidwell of Horton, AL with a five-fish limit that went to scales for 17.56-lbs

Finishing in Third Place was Andrew Clayton of Westpoint, TN with a five-fish limit that weighed 13.91-lbs.

David Dennis took fourth with 5-fish at 13.20-lbs. Rounding out the top five Mason Smith with 2-fish that locked in the scales 13.13-lbs, one of those fish tipped the scales at 8.47-lbs. giving him the biggest fish of the tournament.