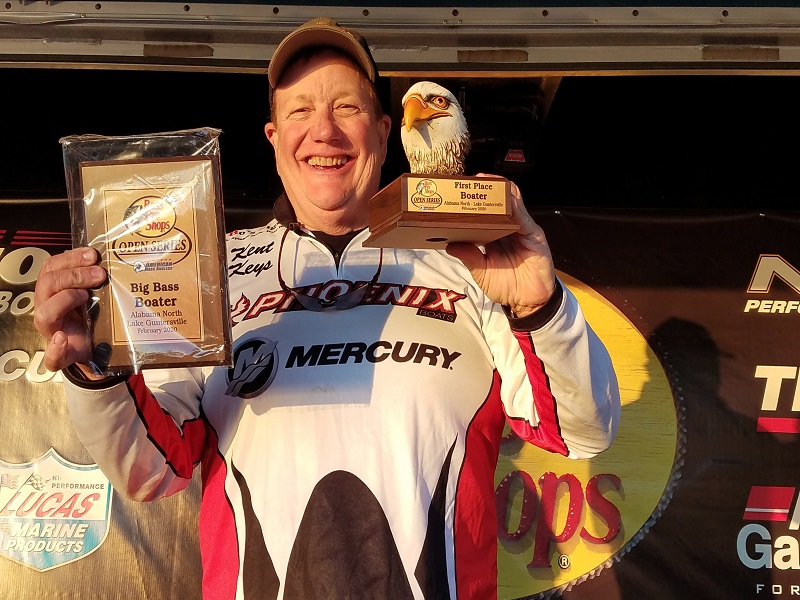 ATHENS, Ala. – The 2020 Bass Pro Shops North Alabama Open Series Tournament kicked off on Guntersville Lake at Goose Pond Landing with 64 boaters and 59 co-anglers. Finishing in 1st place Boater with 5 fish weighing 19.60 lbs. was Kent Keys winning $5,000.  Kent also landed the biggest bass for the boaters with a 6.70-lb toad, earning himself an extra $620. He caught his fish using 6”and 7” swimbaits on creek ledges and bends, and deep grass lines.

Taking 2nd place boater was Scott Baker with 5 fish for 19.29 lbs. and winning $1,000. Scott was unavailable for comment.

Finishing in 3rd place boater was Haden Lamb with 5 fish for 18.96 lbs. and winning and $700. He caught his fish on a chatterbait fishing main river eelgrass.  Haden was unavailable for comment.

Placing in 4th was Derek Remitz with 5 fish weighing 18.82 lbs. and taking home $500. He caught his fish on chatterbaits and rattletraps on secondary points. 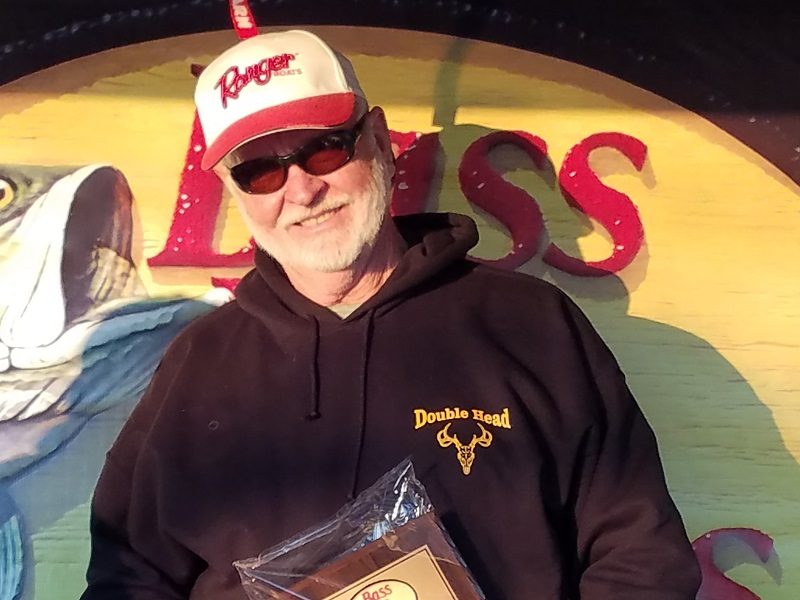 Taking 1st place in the Co-Angler division was Danny Moss with 3 fish weighing 11.47 lbs. and winning $1,300.  Danny also caught the biggest bass for co-anglers with a nice 6.59-lb bass, earning him an extra $295. He caught his fish on rattle traps in crawfish and royal shad colors.

Finishing in 2nd place among the co-anglers was Larry Franks with 3 fish weighing 10.82 lbs. winning $625.

Placing in 3rd place co-angler was Davey Campbell with 3 fish weighing 9.35 lbs. and winning $475. He caught his fish on a Alabama Rig.

Finishing in 4th was Anthony Ingle with 3 fish weighing 9.07 lbs. and winning $400. He caught his fish on a black and red chatterbait with a Yamamoto Zako trailer.

The next stop in the North Alabama Open Series division is May 2nd on Neely Henry at Coosa Landing.