Tenkiller Pays Off Big With a Bonus 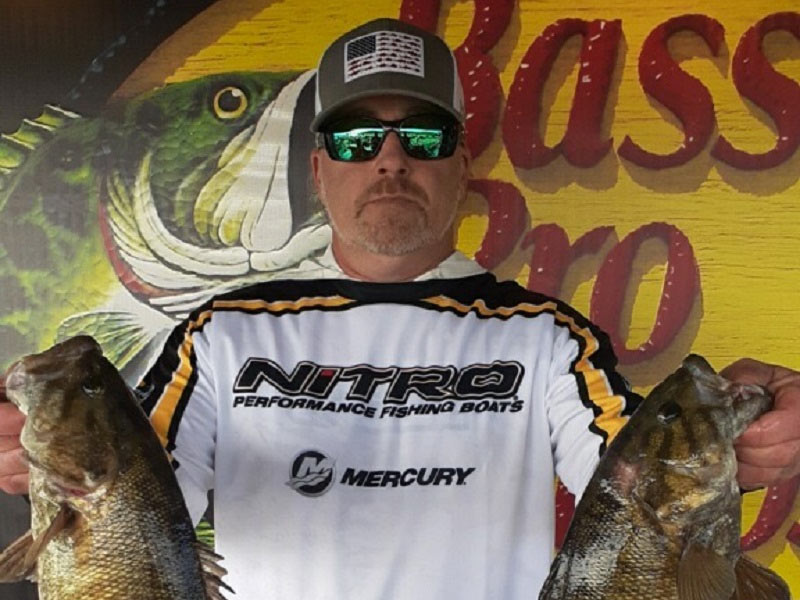 ATHENS, Al. – Harmon Davis of Marlow, OK won the Bass Pro Shops Open Series Oklahoma Divisional opener held February 29th on Lake Tenkiller. Running out of Chicken Creek Landing Davis caught five-bass weighing 19.96-pounds. For the Boater Division victory, Davis took home a check for $5200.00 in tournament winnings.  Harmon is also in a new Nitro bass boat and a member of the Tournament Rewards Program.  Owning the equipment he has, he will be receiving an additional $4500.00 in cash along with $500.00 in Rewards Points through Bass Pro Shops, and a check from Mercury Outboards for $1000.00.  His total for this one-day tournament is over $11,000.00 in cash and prizes.

“This is great!  It it’s a beautiful day and I couldn’t ask for much more.  I was fishing on the north end of the lake today. I found some fish on Wednesday and the fish changed up a little today. I was targeting some fish on channel swings in 5 to 7 ft of water.  I just moved from spot to spot and caught fish in all of them, rotating the channel swings.  All of my fish came on a crankbait today. I didn’t expect to win with less than 20 lbs but I’ll take it with a smile.” Said Harmon.

“II started my day off throwing an A rig on a channel swing with big chunk rock in 13-17 ft of water.  It took me less than 10 minutes to catch my first fish and it was over 4 lbs. I fished this pattern for the rest of the morning and managed to catch a 2nd fish close to that size then 2 small keepers.  From 10:30 on I struggled to get a bite so with 2 hours left I moved up to the dirty water.  It was a long run to an area where I found some shallow rock and boat docks throwing a Booyah covert spinnerbait.  Turned out it was a good move.  I finished out my limit and culled 3 times.  I wish I had made that move sooner.” Capps said.

“I caught at least 20 fish today.  I was holding the boat in 15 ft of water casting up.  The fish were staged in around 8 ft and moved up throughout the day.  I was throwing an A rig.  My target was a section of bluffs.” Keagan said. 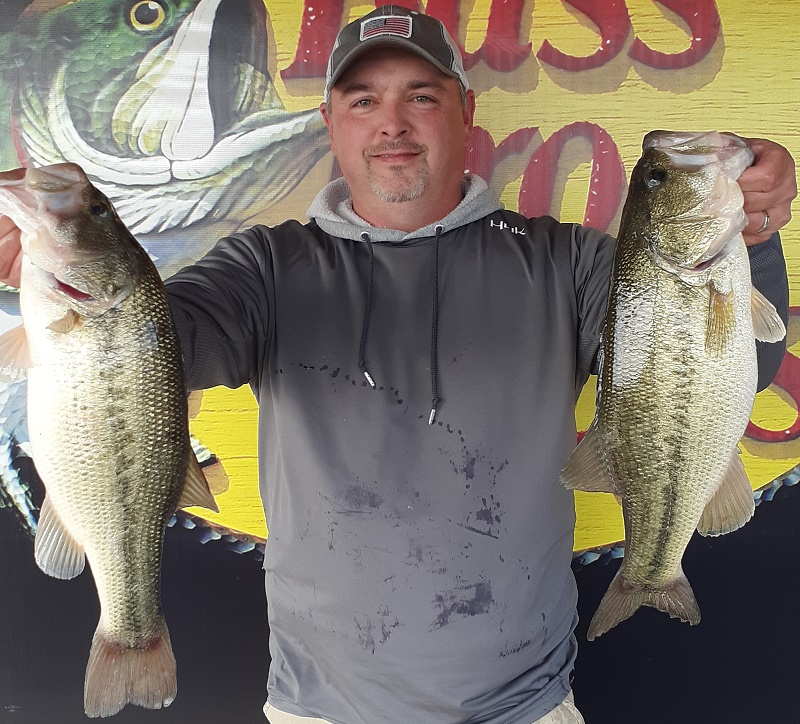 In the Co-Angler Division, Johnathan Harrison of Henryetta, OK won with three bass going 10.62-pounds pocketing a check for $1000 for his win.

“I started off with a jig early in the morning but saw some fish suspending on the console graph from the back of the boat.  I switched to an A rig and caught a short largemouth on my very first cast with it.  On the very next cast I caught a 3 lb smallie.  Withing 30 minutes I had a limit in the livewell.  I picked the jig back up trying for a big bite.  I tried it, a rock crawler, and a spinnerbait with no luck.  I went back to the A rig and immediately started catching fish again.  Sticking with that bait I caught 15-20 fish throughout the day and my best keeper, just under 4 lbs came 30 minutes before we had to be back.  Super tournament and I was blessed to get the win.” Harrison said.

“I was using an A rig last week and was on some big fish but that bite slowed down so today I was throwing a Spro Rock Crawler 55 in electric red craw and phantom green.  I targeted wind blown points.  The fish are ready to move up shallow, some already have.” Kimble said.

Cory Wiseman of Broken Arrow, OK placed third among the co-anglers with two bass going 8.59-pounds, one of them tipping the scales to 5.16 lbs and taking big bass honors for the coanglers.
In fourth place among the co-anglers, Quinton Story of Henryetta, OK brought in three bass for 8.05-pounds. Nathan Holland of Calvin, OK finished in fifth place with three bass for 7.74-pounds.
Slated for March 14th, the next tournament will be held on Ft Gibson out of Taylor Ferry North near Wagoner, OK. At the end of the season, the best anglers from across the nation advance the 2021 Ray Scott Championship to be held at Lake Chickamauga in April 2020.