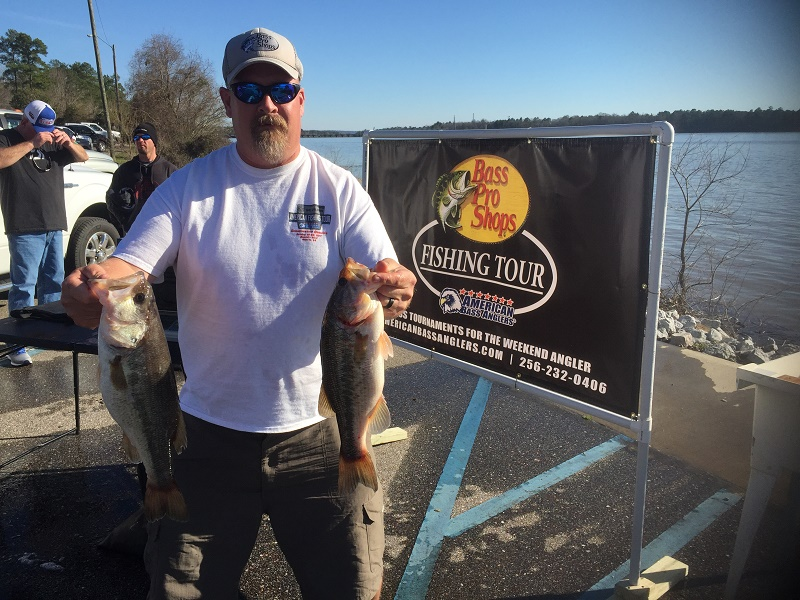 The next tournament in this division will take place on March 21, 2020 launching from Cooters Pond Park boat launch on the Alabama River near Prattville, AL.

For more information on this event or division please contact local director Barry Woodward 251-423-0753 or visit www.americanbassanglers.com
These anglers earn valuable points toward the divisional Angler of the Year (AOY) title.