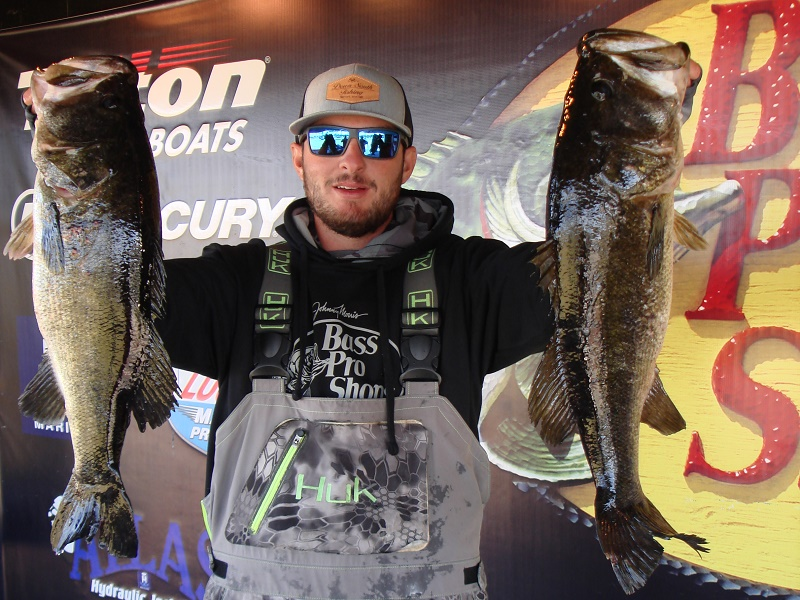 ATHENS, Ala. –Christian Greico of Tampa, FL won the Bass Pro Shops Open Series Florida Central tournament, held February 29th on Lake Toho. Running out of Kissimmee Lakefront Park in Kissimmee, FL Greico caught five bass weighing 22.62 pounds including a 6.36-pound kicker. For the Boater Division victory, he took home a check for $5400 for his win. Greico was also the highest finisher in the Berkley Cast for Cash program and will receive $200 from Berkley.

In second for the boaters, Trevor Fitzgerald of Belleview, FL landed a five-bass tournament limit going 18.51 pounds. Fitzgerald was also the second highest finisher in the Berkley Cast for Cash program and will receive $100 from Berkley.

“I also caught my fish flipping mats with a Fitzgerald 7’8” Titan HD rod and 65lb Vursa braid. I didn’t get much practice for this event but still caught around 20 keepers. Just couldn’t get a really big bite.” Fitzgerald said.

“I caught my fish today offshore on a rattle-trap within the first hour fishing a shell-bed. I got lucky.” Andrews said. 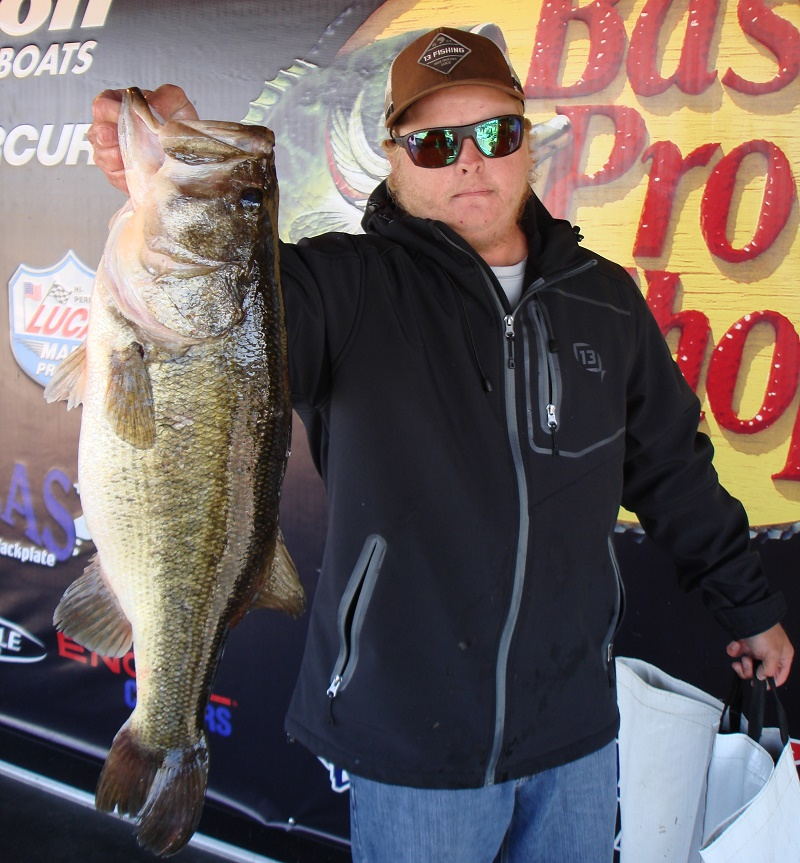 Levi Brown of Plant City, FL rounded out the top five boaters with five bass at 17.11 pounds that included a big bass that weighed 8.43 pounds. Brown pocketed $880 for that big bass.

“I caught that big bass on Lake Kissimmee on a chatter-bait in hydrilla. I caught that bass within the last 30 minutes of the day.” Brown said. 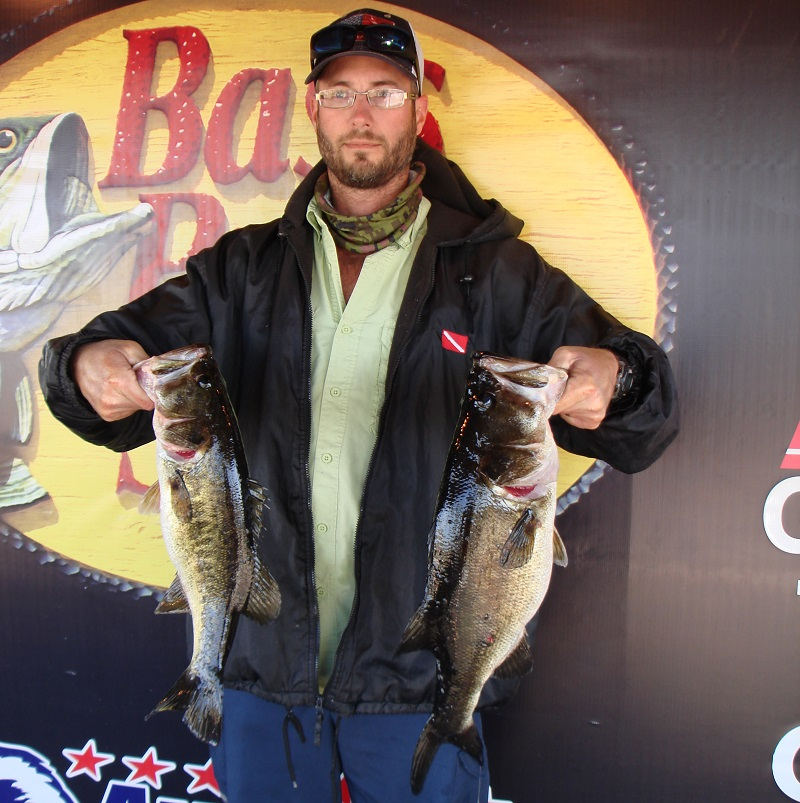 In the Co-Angler Division, Robert “Bobby” Taylor Jr. of St Cloud, FL won with three bass going 12.73 pounds. He pocketed a check for $1900 for his win.

“I caught my fish today on flukes and swimbaits on the south end of Lake Toho. It was a good day. I want to thank my boater, AJ Jackson, we were on them.” Taylor said.

Taking second for the co-anglers, Jackie Barber of Cocoa, FL brought in a three-bass division limit weighing 12.47 pounds that included a 6.54-pound kicker.

“We were fishing offshore on Lake Toho today. I caught that big bass on a June-bug U-vibe speed worm. I caught the rest of my fish on a chatter-bait.”  Barber said. “

Uby Rosell of Davenport, FL placed third among the co-anglers with three bass going 9.81 pounds. Rosell was also the highest finisher in the Berkley Cast for Cash program and will receive $150 from Berkley.

“We fished everywhere today. We ran to three different lakes and I caught my fish on chatter-baits, some on swim-jigs, flipping, and flukes. It was a good early morning bite then it slowed until noon then it picked up. I caught my fish today using MHX rods that I built using the new Pitch Black braid from Trik Fish.” Rosell said.

In fourth place among the co-anglers, Timothy Van Dalen of Leesburg, FL brought in three bass for 9.02 pounds. Hunter Kaiser of Lakeland, FL finished in fifth place with three bass at 8.58 pounds. 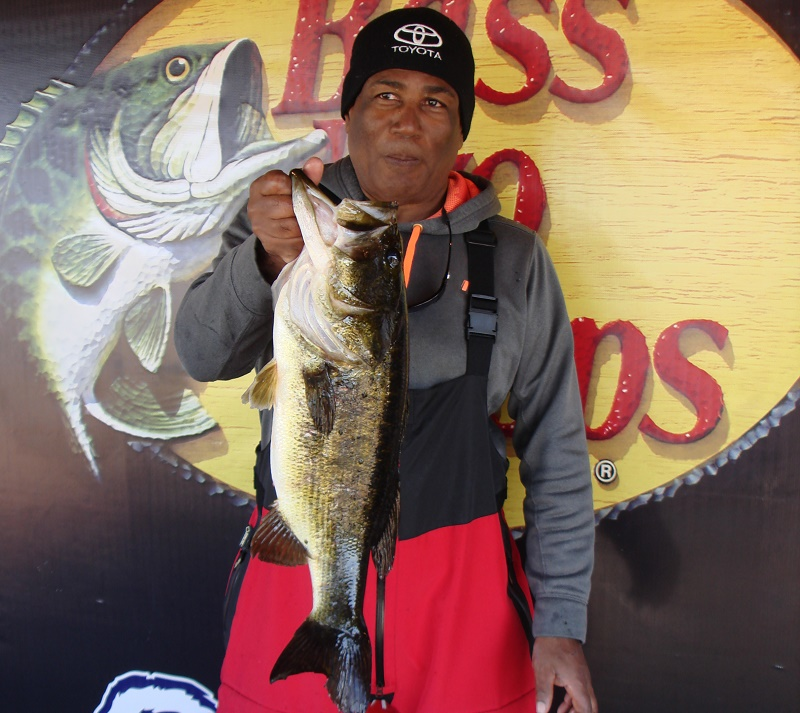 The largest bass for the co-anglers was brought in by Gilberto Estien of Land O Lakes, FL that weighed 6.63 pounds. Estien was also the second highest finisher in the Berkley Cast for Cash program and will receive $100 from Berkley.

“I caught that big bass on a swim-bait around noon. It was slow in the morning but the fish turned on later in the day.” Estien said.

Slated for May 2nd , the next tournament will be held on the Harris Chain of lakes out of Venetian Gardens – Ski Beach in Leesburg, FL. At the end of the season, the best anglers from across the nation advance the 2021 Ray Scott Championship to be held at Lake Chickamauga in Dayton, TN