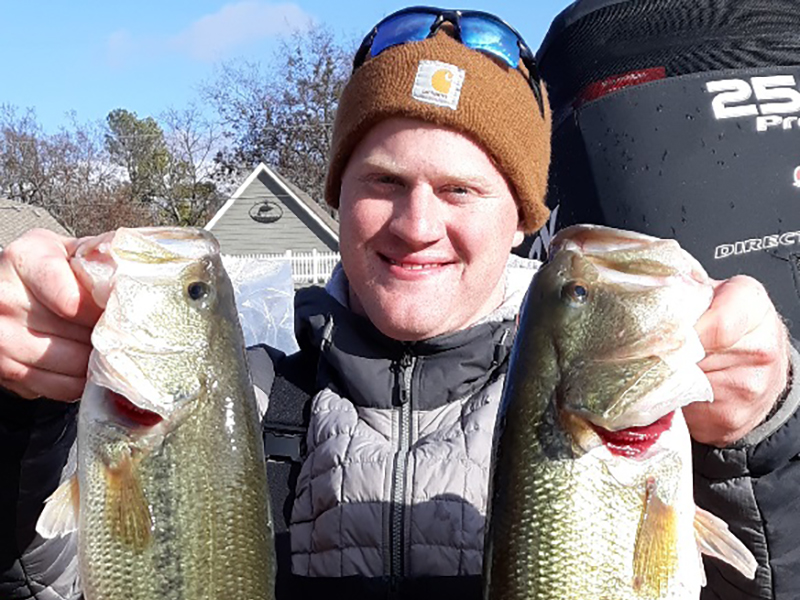 Running out of Lion’s Ramp near Pryor, OK., Caldwell brought back 5 fish that locked in the scales at 16.71 lbs. anchored by a 5.13 lb. kicker and taking Big Bass.

Second place was claimed by Charles Mayberry with 5 fish and a total weight of 10.92 lbs.

The next tournament in Division 57 will take place on December 14th, 2019 launching from Strayhorn Cove on Lake Tenkiller.

The points champion from each division will compete in the annual American Bass Anglers (ABA).