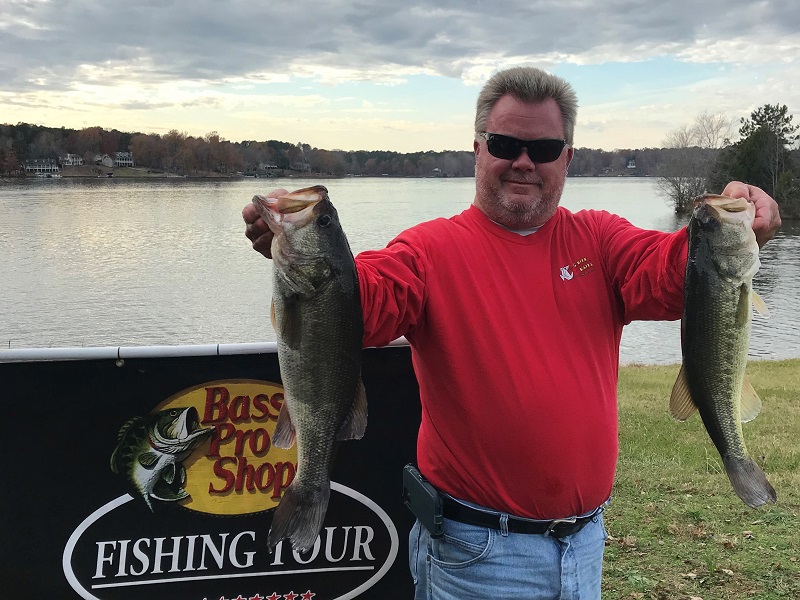 David Lowery of Milledgeville, Ga took home the Bass Pro Shops Fishing Tour first place trophy and $775 cash for the D72 tournament held on November 30, 2019, at Lake Oconee.   David said he caught his five-fish limit early, using a Big Bite Baits Kamikaze Craw on a quarter ounce shaky head.  His total scale weight was 15.08 pounds, and it was secured by a 5.01 kicker. 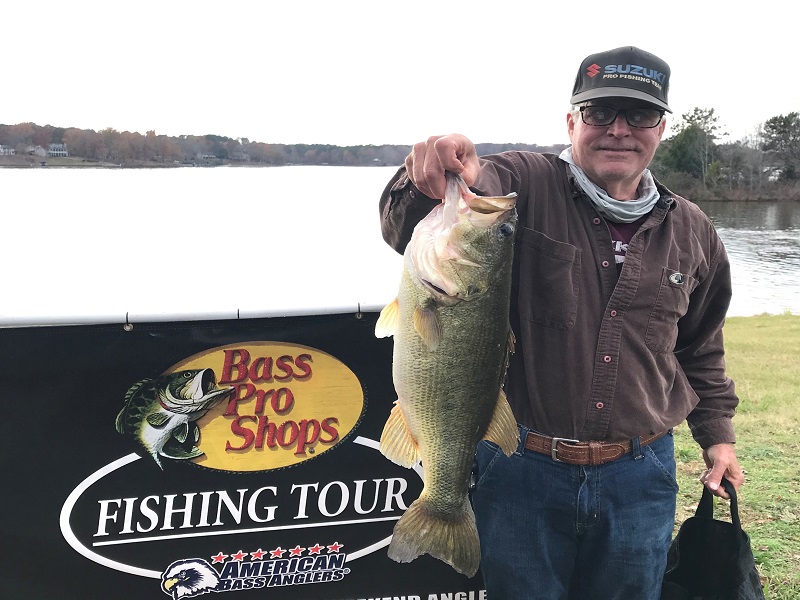 Niles Murray caught a 5.69 pounder late in the day on a worm, to win the trophy for Big Bass and the optional cash pot of $390 cash.
There were 39 anglers competing for cash, prizes, and points.  The weather has finally started to cool the water temperature, and all fish were released alive. 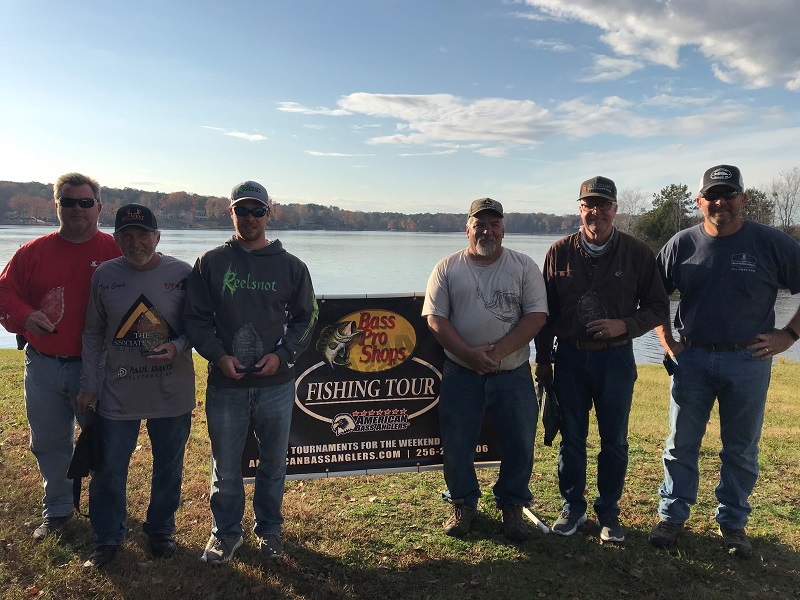 Director Benny Howell gave two $50 bills as draw prizes for the anglers present at the conclusion of the awards. The lucky winners were Niles Murry and Tim Greene.    The winner of a $50 Sugar Creek Marina gift card was Ed Allen. Assistant Director Danny Taylor did a great job to help keep the tournament running smoothly, checking boats, and weighing fish.   Thanks to Ronnie Stegall for helping Danny with checking boats.

The next tournament for D72 will be December 14, 2019, on Lake Sinclair going out of Dennis Station. If you need information, please contact Director Benny Howell at 770-365-4795.

These anglers earn valuable points toward the divisional Angler of the Year (AOY) title. The points champion from each division will compete in the annual American Bass Anglers (ABA) Bass Pro Shops Fishing Tour (BPSFT) Angler of The Year Final Round at the BPSFT National Championship.
The Bass Pro Shops Fishing Tour offers low cost, close to home bass tournaments that are designed for the weekend angler.

All anglers fish for both money and points. The points advance the angler to their divisional championship and the top 500 anglers in the U.S. are invited to the Bass Pro Shops Fishing Tour National Championship.