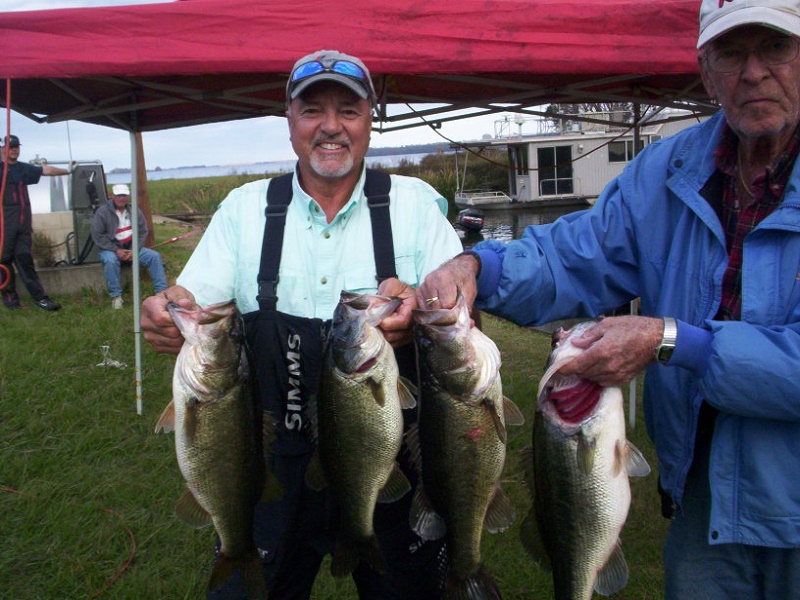 These anglers are acquiring valuable points to insure their birth into the Bass Pro Shops Fishing Tour National Championship. Their points are also being used to determine the divisional angler of the year. The top angler by points earned in this division will represent the division in the Angler of the Year final round.

The top six anglers were:

The conditions were windy and rainy to start the day, but very pleasant at the weight in! The lake water was clear.

These anglers earn valuable points toward the divisional Angler of the Year (AOY) title. The points champion from each division will compete in the annual American Bass Anglers (ABA) Bass Pro Shops Fishing Tour (BPSFT) Angler of The Year Final Round at the BPSFT National Championship.
The Bass Pro Shops Fishing Tour offers low cost, close to home bass tournaments that are designed for the weekend angler.

All anglers fish for both money and points. The points advance the angler to their divisional championship and the top 500 anglers in the U.S. are invited to the Bass Pro Shops Fishing Tour National Championship.