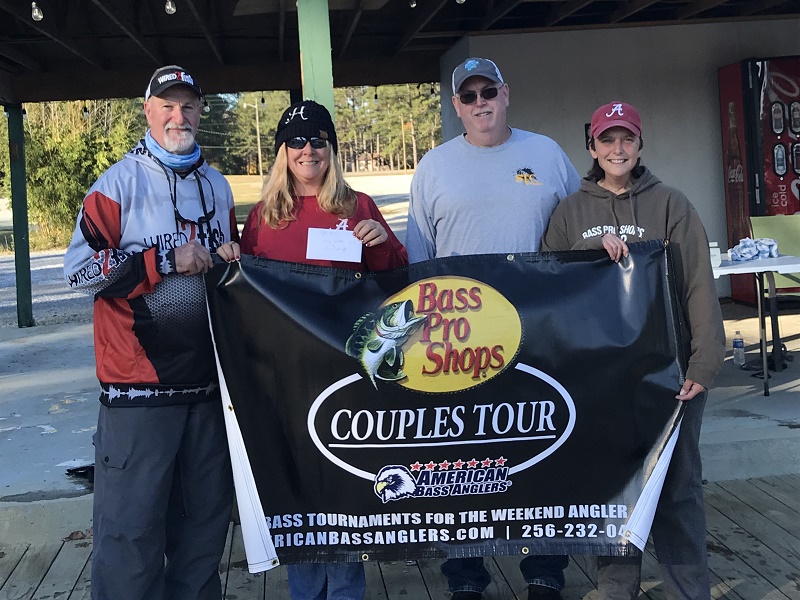 ATHENS, Ala. – Terry Durham and Ann Boatright won the Bass Pro Shops Couples Series, operated by American Bass Anglers, Central Alabama Division 1 tournament, held November 16, 2019, on Lay Lake.  Running out of the LaCoosa Marina in Shelby, AL the team caught 5 bass weighing 12.15 pounds. For the victory, they earned a check for $450.00.  Terry won Man’s Big Fish with a 3.79-pound largemouth.  They caught their fish on spinnerbaits and shaky heads in 8 to 14 feet of water. 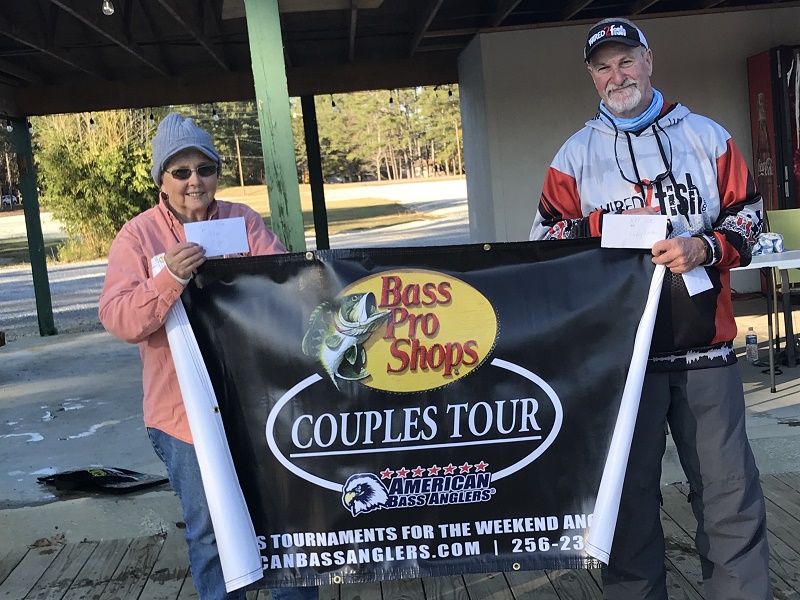 The next divisional tournament is December 7, 2019, on Lake Mitchell out of Higgins Ferry. The top angling couples from across the nation earn the right to compete in the annual Bass Pro Shops Couples Series National Championship tournament.