Running out of Lucas Harbor near New Johnsonville he brought back the only 5 fish limit that locked in the scales at 13.47 lbs. 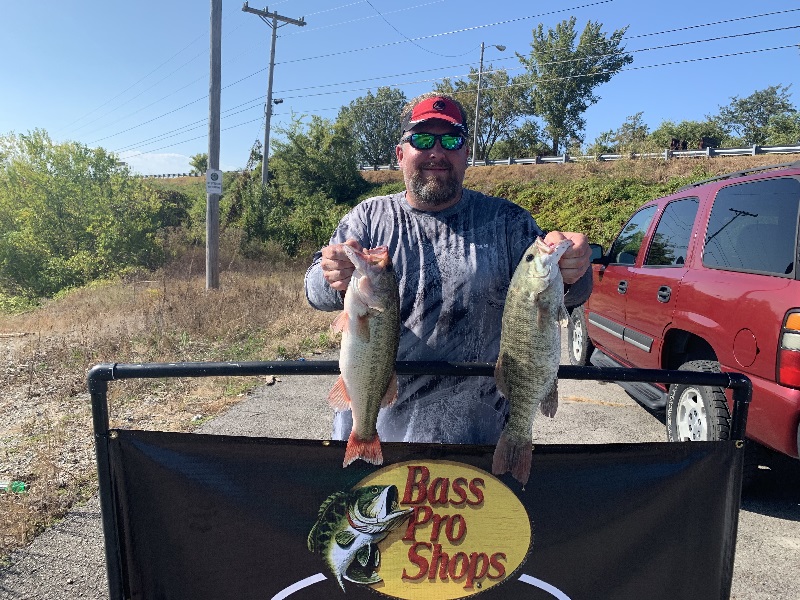 Second place was claimed by Todd Ruth with 4 fish and a total weight of 8.90 lbs.

Larry Franklin took third with 4 fish and a total weight of 8.79 lbs.

The Biggest Bass of the tournament was caught by Jason Miller. His fish locked in the scales at 3.71 lbs. and earned him $60.00.

You can get more information about AFT divisons at www.americanbassanglers.com (AFT Trail).

Most divisions have a Big Bass Option Pot. Call Larry Franklin with any questions:931-209-2995.

The circuit uses a draw format, meaning anglers from age 14 can compete as boater or non-boater. Partners are drawn just before tournament take-off.

These anglers earn valuable points toward the Divisional Angler of the Year (AOY) title.

The points champion from each division will compete in the annual American Bass Anglers (AFT) Angler of The Year (AOY) Final Round at the AFT National Championship tournament held in October of each year.

In addition, the top 500 anglers from the various divisions will earn the right to compete in the three-day, AFT National Championship tournament.

American Bass Anglers commitment is to provide low cost, close to home tournaments for the weekend angler and at the same time offer each competitor an upward path for individual angler progression.