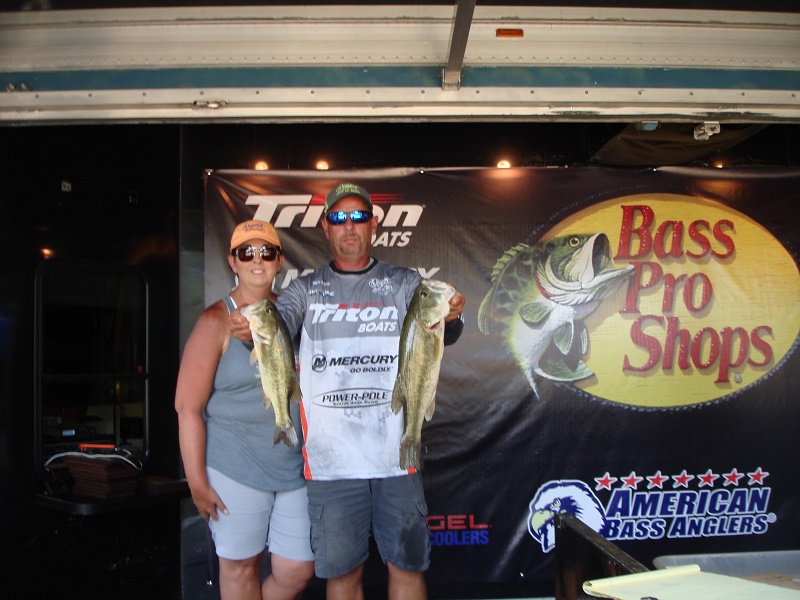 ATHENS, Ala. –The team of Andy and Donna Kilgore of Kingston, GA won the Bass Pro Shops Couples Series National Championship event held on Neeley Henry on 9/19-20/19. On day one, the team sacked up a five bass limit weighing 14.06 pounds. Their limit was anchored by a bass weighing 4.35 pounds.  On day two, the team caught another five bass limit weighing 12.32 pounds for a total of 26.38 pounds. For the win, the Kilgore’s took home $4,000.00 and also Triton Gold Contingency of $7000. 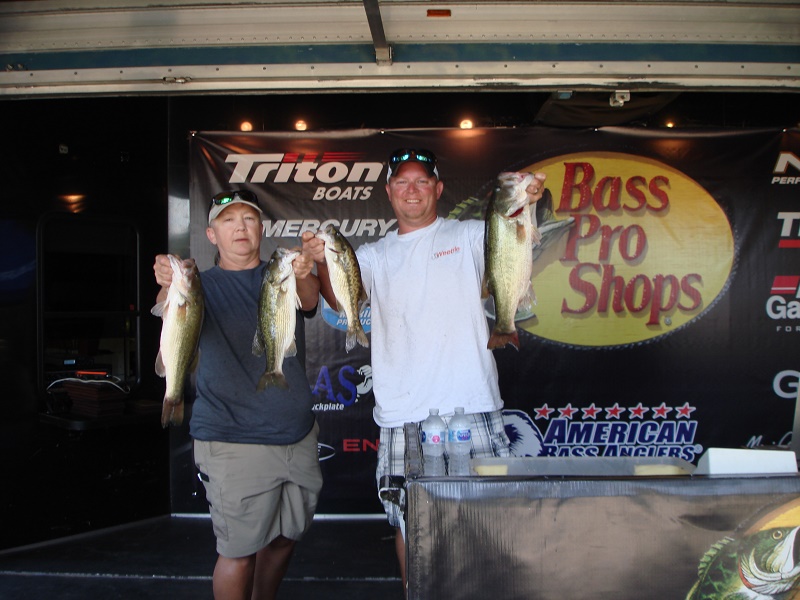 “We fished clean both days. On day one we caught our fish on a chatterbait, shakey head and the big bass came on a jig. We had our milk run and on day one, we had our limit. On day two we fished our milk run and only had around 8 pounds. Around 1:00pm I found a dock and skipped a jig and caught two fish on back to back casts a 4.51 pound largemouth and a big spotted bass. It’s awesome fishing with my momma, I enjoy fishing with her,” Mcgee said. 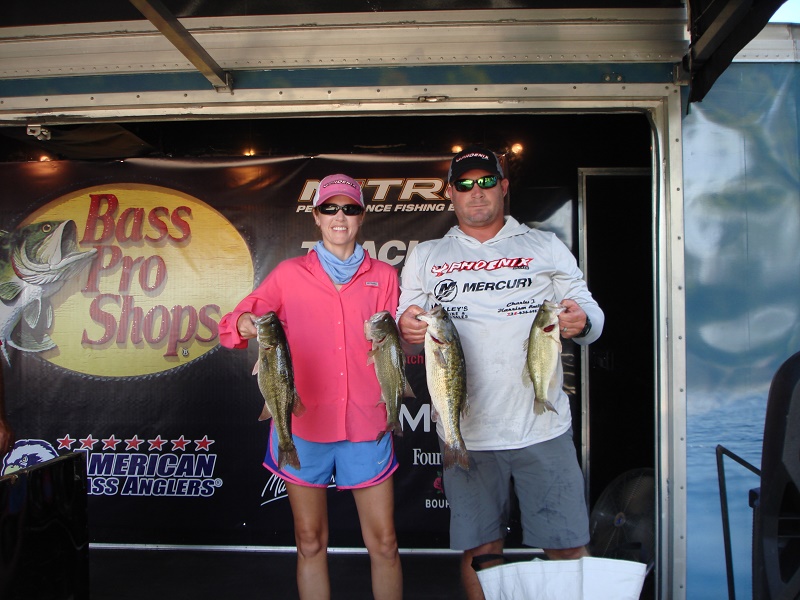 “We caught our fish on day one flipping, soft plastics and a spinnerbait. Tally caught her big bass flipping soft plastics, a 3.47 pounder. She thought she was hung up until it started pulling. Tally caught all the fish on day two except for one fish. I was using a crankbait and she was alternating between a spinnerbait and a swim-jig. We were fishing grass with wood. It didn’t matter what the depth was.” said Mayfield 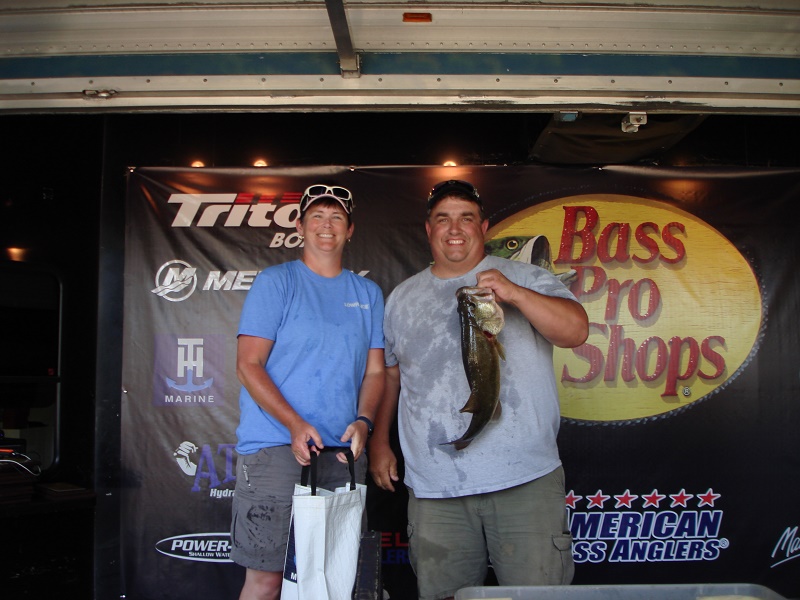 In fourth place the team of Jason and Heather Ashley of Harriman, TN weighed in a two day total of ten bass for 20.78 pounds that included the largest bass of the tournament, a 5.19 pound largemouth.

“On day one we fished ledges and on day two we fished current. We ran upriver for about an hour and waited on the current to start. I caught that big bass around noon on soft plastics,” Ashley said.

Rounding out the top five the team of Larry Bailey of Paducah, KY and Tammy Hoffner of Dongola, IL weighed in a two day total of ten bass for 20.47 pounds.
“We caught our fish flipping docks and wood on a beaver and a few crankbaits,” Bailey said.

The team of Dale and Victoria Goff of Lugoff, SC won Anglers of the Year for the second year in a row. They received five free entries for the 2020 season and a Power Pole shallow water anchor for their title.

“It feels pretty awesome to win AOY again. We love this trail and we have fantastic directors and fantastic competitors. I have a great partner!” Goff said.