Andy and Donna Kilgore Lead After Day-One of Couples Championship 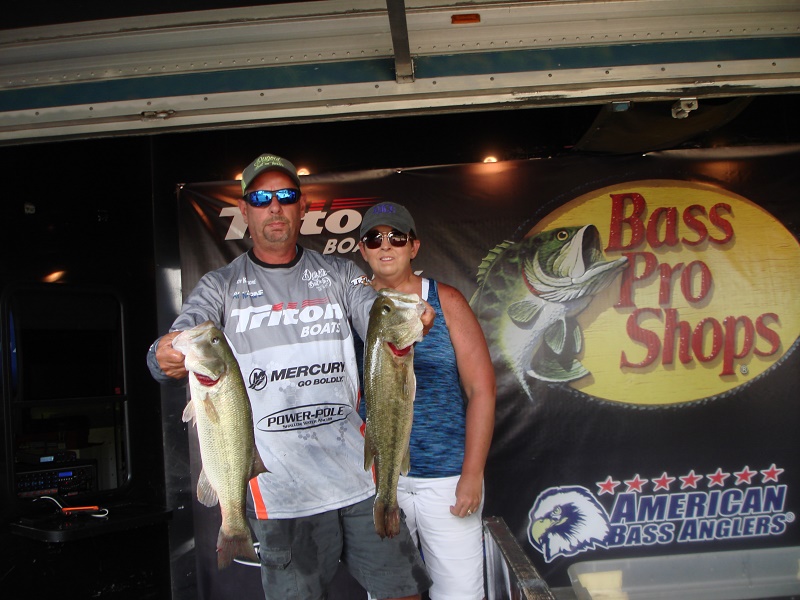 Sixty-five teams blasted off from Coosa Landing near Gadsden, AL Thursday, September 19th to kick off the 2019 Bass Pro Shops Couples Series National Championship.  These teams traveled from across the US to compete for cash, bragging rights, and the title of 2019 Bass Pro Shops Couples Series National Champions.  After the first day of competition Andy and Donna Kilgore of Kingston, GA sit in the top position with a five-fish limit that went to the scales for 14.06-lbs. Andy anchored the bag with day ones men’s big bass with a largemouth that locked in the scales at 4.35-lbs. earning him $660.

Andy said he caught all his fish flipping and found all his keepers in the morning, not culling after 8:30. The keepers came from creek fishing in shallow water. Andy says his plan for Day 2 is to visit his main spot and try a few more areas further away. We’ll see how that plan holds up at the end of the day. 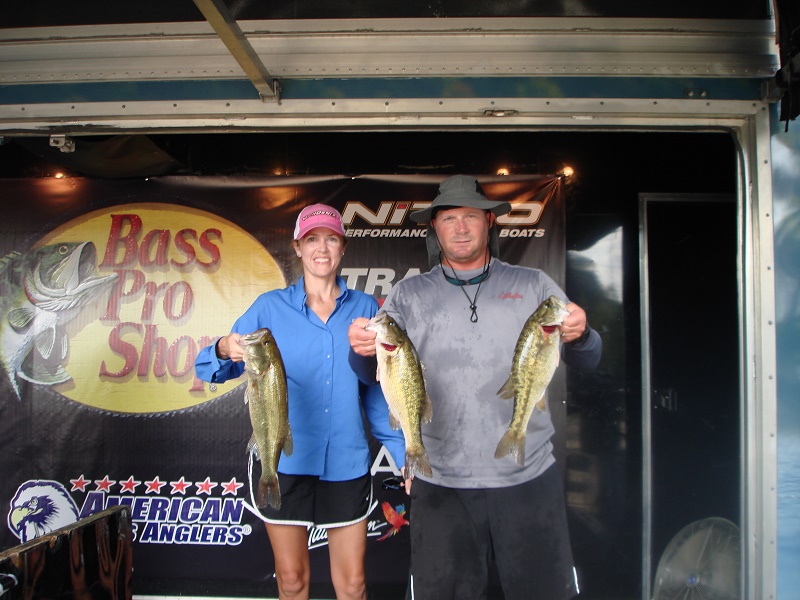 Tally Mayfield of Perkinston, MS claimed day one women’s big bass with a nice spotted bass that tipped the scales at 3.47-lbs.  Patience paid off as Tally says she caught it around 1:30. Using soft plastics and fishing the bottom, Tally earned $660.

With two days left in the competition, the win is still within anyone’s reach.  Will the same patterns hold true, will the fish change position with the slightly cooler weather?  You never know, and that’s why they calling it fishing, not catching.  Best of luck to all the couples teams fishing.