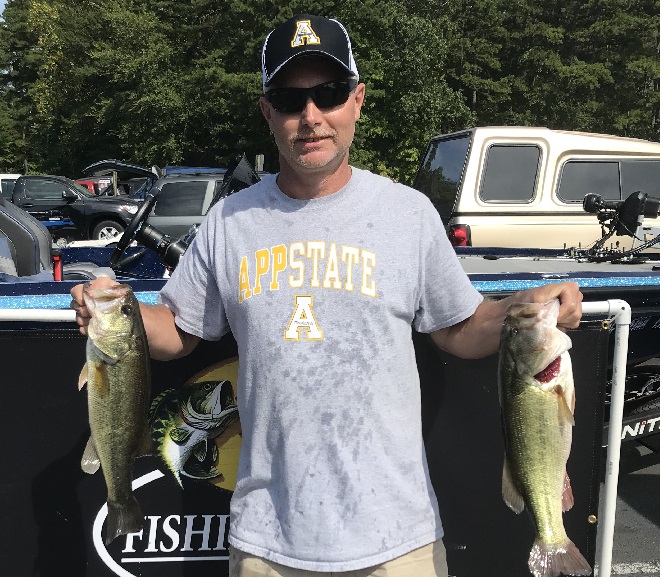 John Miller of Statesville, NC is one step closer to the Bass Pro Shops Fishing Tour National Championship with a first place win on Lake Norman this past weekend. Miller weighed in five bass, which weighed 12.2 pounds.

At launch time the temperatures were in the low 70's with partly cloudy skies and light variable winds.

The day’s conditions continued with mostly sunny skies throughout the day, and temperatures topping out in the low 90's. Water temperatures were in the mid 80's.

Next Event: The next tournament in Division 14 is scheduled for November 2, 2019 on High Rock Lake out of Southmont Access.

These anglers earn valuable points toward the divisional angler of the year title.

The points champion from each division will compete in the annual Bass Pro Shops American Fishing Tour (AFT) Angler of The Year Final Round at the Bass Pro Shops AFT Championship.

In addition, the top 500 anglers from the various divisions will earn the right to compete in the three-day ABA, Bass Pro Shops AFT National Championship tournament.

All ABA anglers fish for money and points.

The points advance the angler to their divisional championship and the top 500 anglers in the US are invited to the Bass Pro Shops Fishing Tour National Championship.