September 14, 2019, 11 anglers launched from Water Street ramp on the Roanoke River out of Plymouth, NC. 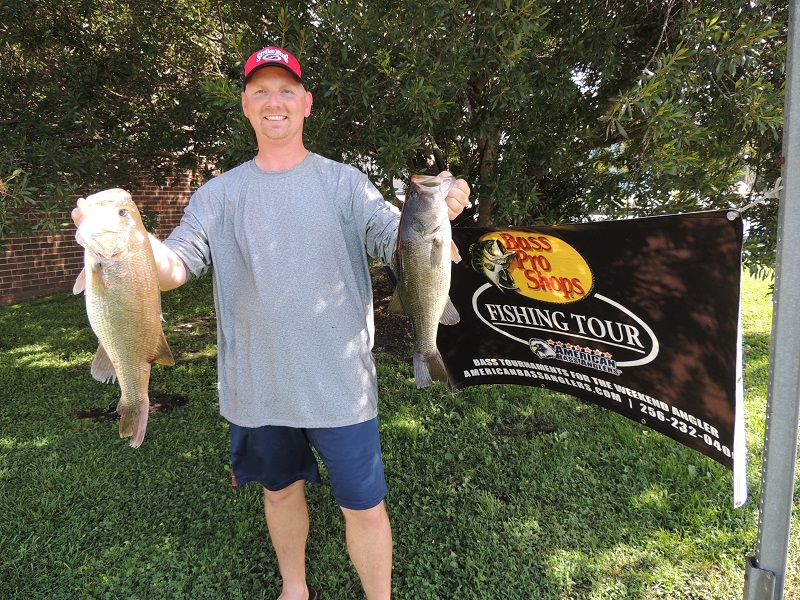 It was a tough day of fishing with high water and reports of dead fish following hurricane Dorian.

But as usual some found the fish.

Four anglers brought back five-fish limits to the scales, but when the scales closed Chris Minton from Robersonville, NC took the victory with 16.44 lbs.

For the win Chris took home $376 in prize money.

Second amongst the competitors was Kenneth Mayton with 5 fish that locked in the scales at 11.68 lbs.  For his efforts he took home $163 in prize money.

The Biggest Bass of the tournament was also caught by Chris Minton.  His fish locked in the scales at 5.23 lbs earning him the Big Bass Pot.

The next tournament in the Bass Pro Shops Fishing Tour, NC Central, Division 17 will take place on Saturday, 26 October, 2019 launching from Summit Landing on Lake Gaston.

These anglers earn valuable points toward the divisional angler of the year title.

The points champion from each division will compete in the annual American Bass Anglers (ABA) Bass Pro Shops Fishing Tour (BPSFT) Angler of The Year Final Round at the BPSFT Championship.

The Bass Pro Shops Fishing Tour offers low cost, close to home bass tournaments that are designed for the weekend angler.  All anglers fish for both money and points.

The points advance the angler to their divisional championship and the top 500 anglers in the US are invited to the Bass Pro Shops Fishing Tour National Championship.