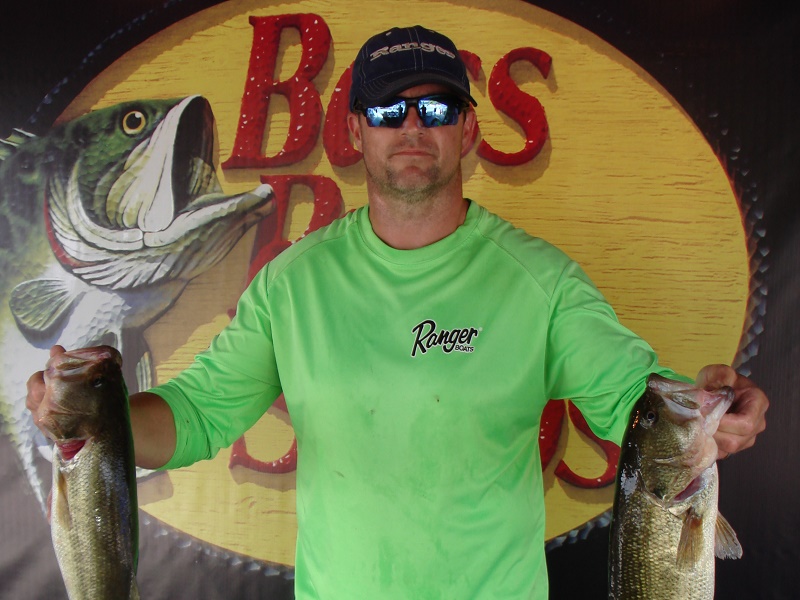 “I caught my fish on a shakey-head both days all over the lake. I lost two fish early in the morning on the second day that would’ve helped a lot. I was fishing the shakey-head between 1ft all the way to 20ft,” Adams said.

Michael Smith of Andalusia, AL took third for the boaters with a two-day total of ten bass weighing 22.93 pounds.

“I caught my fish on the first day on topwater and on a shakey-head worm on the second day. I did catch a few around docks on a jig but mainly offshore on a shakey-head., Smith said. 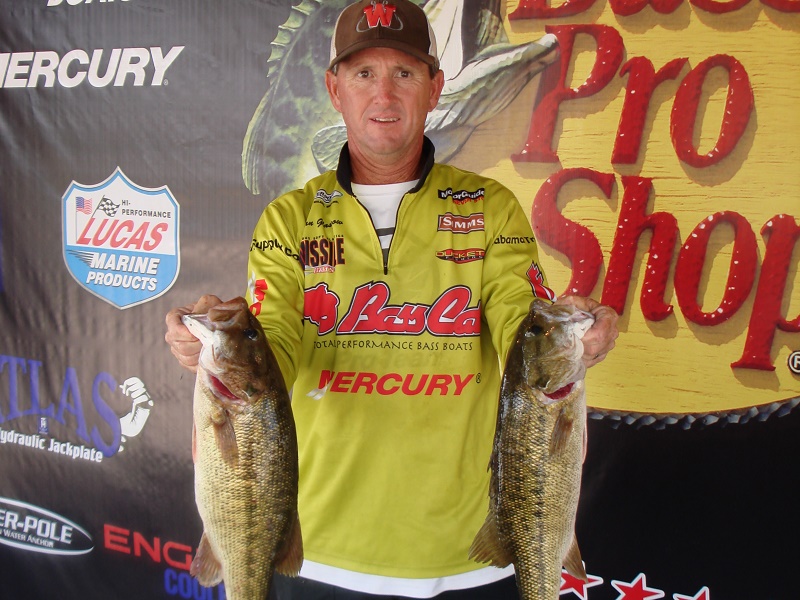 Allan Glasgow of Ashville, AL rounded out the top five boaters and landed a two-day total of ten bass weighing 22.42 pounds including a big bass that weighed 4.13 pounds.

“I caught that big bass on a jig around a shallow boat dock on the south end of the lake,” Glasgow said 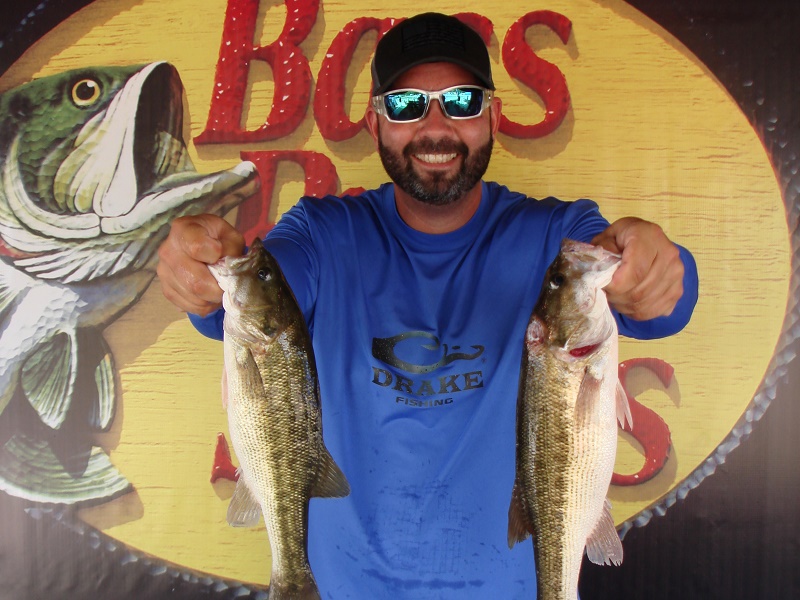 In the Co-Angler Division, Ryan Muccio of Headland, AL won with a two-day total of six bass that weighed 12.33 pounds. He pocketed a check for $1750 for his win.

“On day one, I couldn’t make a mistake. I caught fish on crankbaits, top water, flukes, everything worked. On the second day, terrible. I ended up weighing one fish on a fluke and two on a shakey-head. We fished up way upriver both days,” Muccio said.

Taking second for the co-anglers, Anthony Ingle of Trion, GA brought in a two-day total of six bass that weighed 12.02 pounds.

“I caught my fish on day one on a Carolina rig and on day two on a jerkbait that Joe (Wikoff) let me use and a shakey-head. It was a grind,” Ingle said. “ 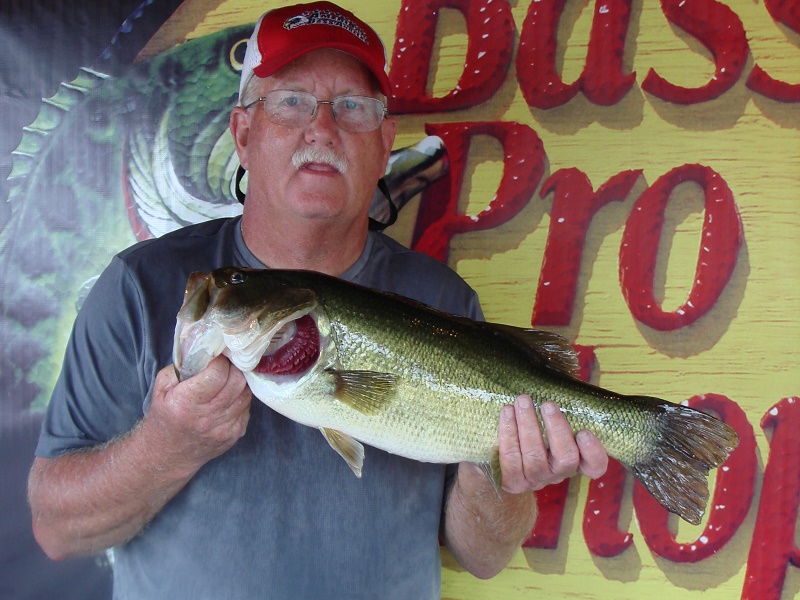 “I caught my fish on a shakey-head both days and that big bass came around 10:00am next to a log in 2ft of water on the first day,” Donaldson said.

At the end of the season, the best anglers from across the nation advance the 2020 Ray Scott Championship to be held at Lake Hartwell in April, 2020.