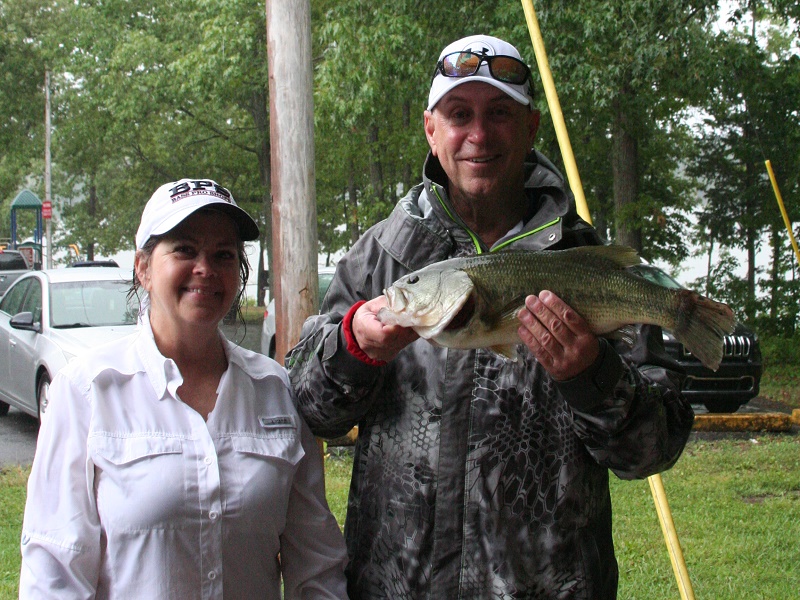 The ABA Bass Pro Shops Couples Tour, Kentucky Lake Division completed their final tournament of 2019 this Sunday.  The weather was nearly perfect right up to the weigh-in, at which time Mother Nature dropped high winds and heavy rains for about an hour.  Fifteen teams participated today out of the Big Bear ramp.  Teams fought a very tough bite all day.  A total of 23 bass were brought to the scales for a combined weight of 64.98 pounds.   We paid out a total of $1,275.

David Bowman and Paula Keller led the way with three fish to win their first event on the ABA Couples Tour Kentucky Division. They were able to overcome the tough bite and take their catch on a variety of moving baits.  The couple said the key to their bite today was a shade more than the actual bait.   David had a nice 4.74 largemouth to lead the effort.  Their total weight was 9.17 pounds.  Congratulations to David and Paula for their first victory on the tour.  They took home $575 for their maiden win. 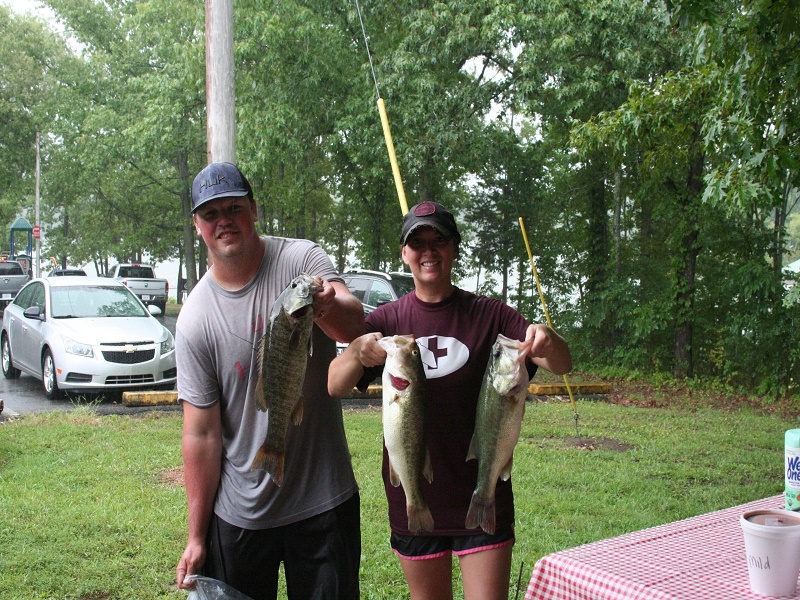 Cory and Meagan York took 2nd place with 3 very nice fish tipping the scales at 8.96 pounds.  The York’s fished secondary ledges all day using plastics.  Their catch was anchored by Cory’s 3.26 largemouth.  The York’s took home $350 for their efforts. 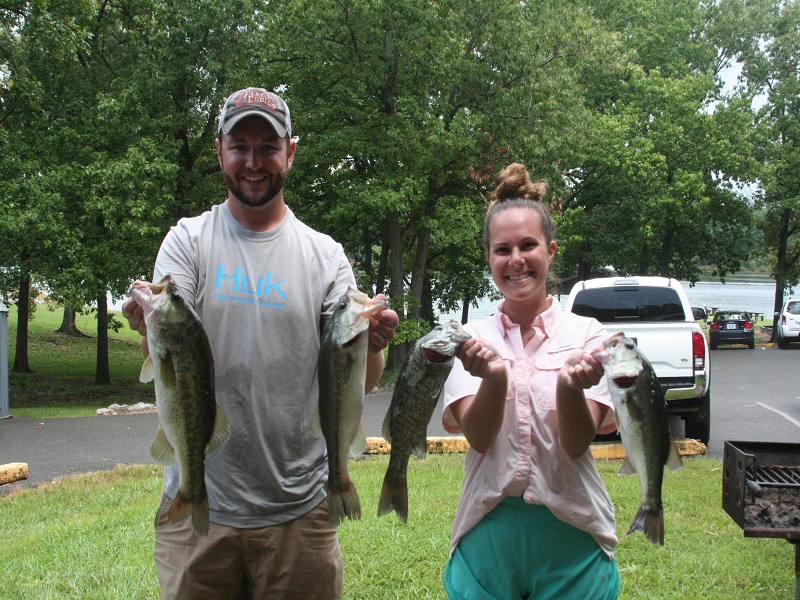 Ryan Kirkpatrick and Savannah Futrell took third place.  They brought 4 fish to the scales weighing 8.23 pounds.  This young couple spent their day shallow, working topwater (Whopper Plopper) early on main lakes points.  Later in the day, they moved to docks, skipping a JackHammer Chatterbait under the dock floats.   They took $200 their finish. 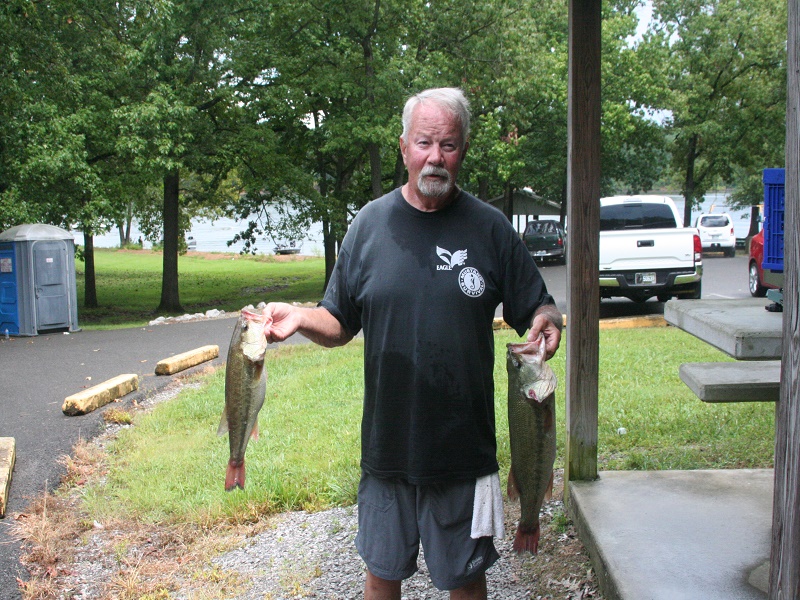 Donnie and Lila Williams grabbed the 4th spot with 2 bass weighing 7.86.  Donnie covered the field on Men’s Big Bass with a nice 5.06-pound largemouth.  He received $75 for that effort. 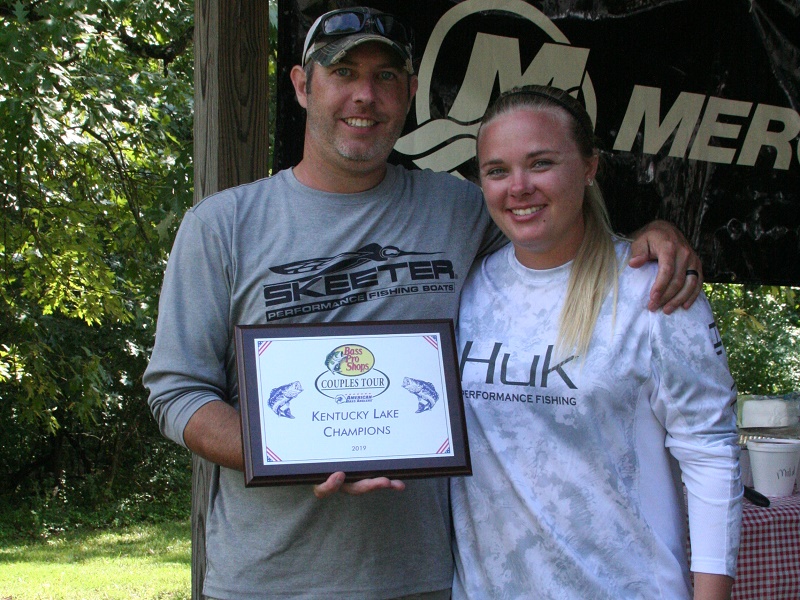 Scott and Brandi Vanover took 5th place with 2 fishing weighing 7.51.  Brandi topped the Ladies with a great 5.27-pound largemouth.  She pocketed $75 for that effort.  The Vanover’s also clinched the Division Points Championship.  They were definitely the class of the field all year and well-deserving of the title.  Congratulations to them both!

I need to give a special thank you to DUCKETT FISHING.  They have been extremely supportive of our division in the past and have committed to continue that support into the future.  They have provided us with special coupons for our year-end banquet and provided rods and reels for that same event this year.  Their support is greatly appreciated.  Thank you, Sean and Missy.  Everyone should contact them and express your gratitude.

Also, a big thank you The Cabin Bait and Tackle shop in Kuttawa for committing to supporting our series with a gift certificate for the year-end banquet.  Please stop in and visit their shop.  It is always filled with great products, including Duckett Rods.  Let Jordan and Melissa know we appreciate their support.

We concluded our day with a great BBQ meal and the awarding of the Divison Championship Plaque.  We then gave out over $2,000 worth of assorted gifts with each team receiving at least one.
Next on the agenda is the 2019 National Championship; then preparing the schedule for 2020.

It has been a terrific year.  Donna and I want to thank all of our teams for participating.  We are much honored to be part of such a great group of fishing couples.  We look at our teams more as a family than competitors.  We hope you come back in 2020 and bring some friends.  Thank you again.