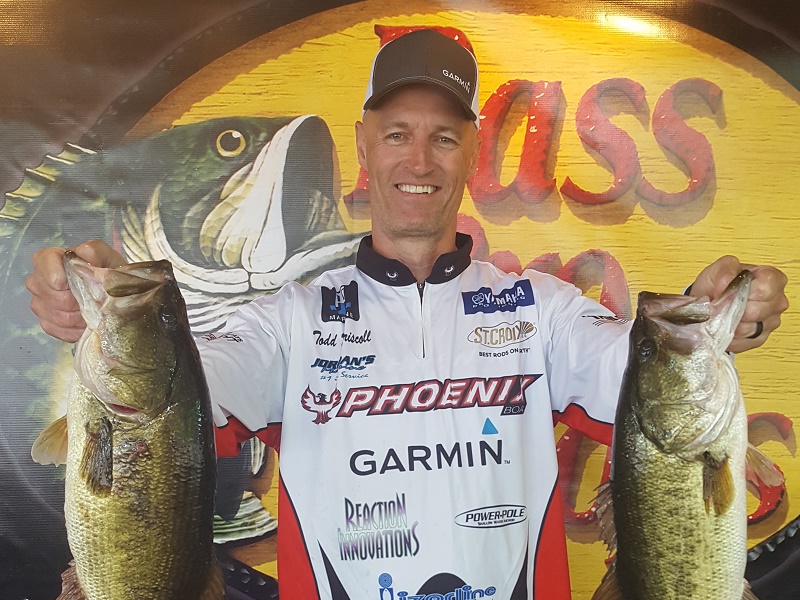 ATHENS, Ala. – Todd Driscoll of Jasper, TX won the Bass Pro Shops Open Series South Texas tournament, held June 29th on Sam Rayburn Reservoir. Running out of the Umphrey Pavilion, Todd caught five-bass weighing 19.58 lbs.  With 81 anglers in the field, Todd took home a check for $5500.00 in a very close finish at the top of the leader board.  Even in the summer heat, Sam Rayburn shows why it's one of the best fisheries in the south.  With 138 anglers in the field, (Boater and Co-Anglers) 513 bass were brought to the scales in all, combining for a total weight of 1,323 lbs!  The weather had been warm and humid leading up to Saturday, but cloudy skies prevailed and a rainy overcast day set the tone for the event.  The boats left the ramp at 0545.

“I was a little concerned.  I caught them really good yesterday in the sunny weather flipping structure.  The fish were in really predictable places and I didn’t get much sleep last night knowing it was going to be completely different today with the weather change.  It was a rare situation when practice turned in to tournament and I caught them everywhere I expected to.  I figured most of the ones I shook off yesterday were good fish and I went through 2 flurries where we just couldn’t do anything wrong.  We caught them good in those spurts.  I was flipping a Reaction Innovations Sweet Beaver on an ounce and a quarter weight into any kind of heavy cover I could find and other than the rain all day it was just a great day on the water.”  Said Todd.

In second for the boaters, Robert Kell of Conroe, TX landed a five-bass limit weighing 19.51 lbs, just .07 of an ounce behind Driscoll.

“I caught my fish on a Strike King swim jig with a white rage craw trailer, mostly before 10 this morning.  When it started raining, I took a nap under a sweet gum tree for some protection.  I culled once but caught a lot of fish.  I didn’t realize it was going to be such a close race at the top today.  I figured I had 20 lbs and I was so close”.  Said Robert.

Phil Addison of Baytown, TX took third for the boaters, right on the heels of Kell with five bass for 19.43 lbs.

“I started out pretty good this morning catching them on a Strike King popping perch.  It was off and, on all day, and when the topwater bite wore off then started flipping bushes with a Strike King Rage Craw.  I had one fish I flipped into the boat, she hit the deck, the hook came out, and back in the lake she went.  It was over 4 lbs so I hate to admit it, but it would have been the cull I needed to take home the win today.” Stated Addison.

Finishing fourth, Mac McDaniel of Crosby, TX landed a five-bass limit for 18.81 pounds. Chand Mrazek of Montgomery, TX rounded out the top five boaters with five bass at 18.87 pounds.  Big bass for the boaters was caught by Bryan McDonough of Katy, TX weighing 7.26 lbs.  His fish was worth more than $100/lb giving him a pocket lining of $780.0 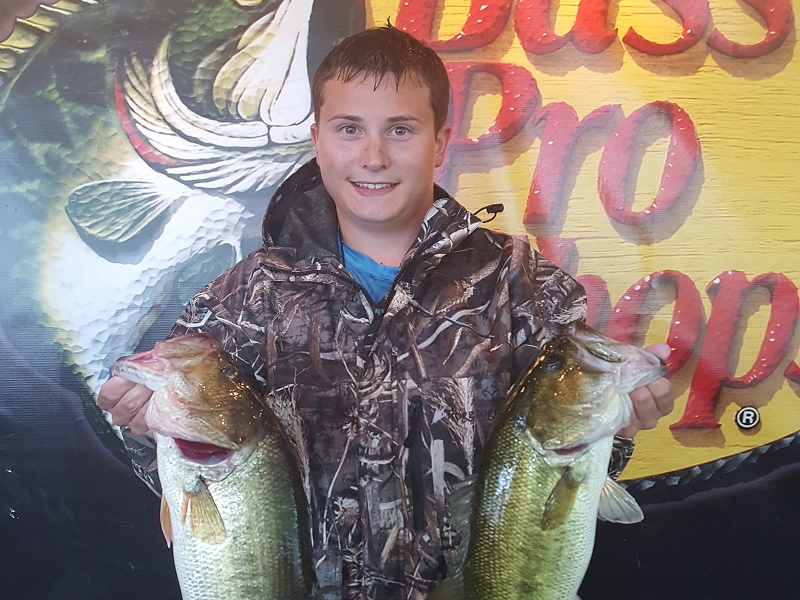 The co-angler division was a close race until Mason Ouzts of Port Naches, TX came up on stage.  11.39 lbs with 3 fish is a good bag to weigh on any given tournament.  1st place for the coanglers earned him a check for $1300.00

“I was throwing a wacky worm, flipping, and popping a frog.  My big fish was over 4 so that helps, followed up by a couple heavy 3’s.  It was a good day on the water.  The big fish wasn’t my first one of the day but I caught her early this morning.  I was able to cull a few times to get what I had.  I’m happy with the outcome.” Said Mason.

“I came in early today, unfortunately, my boater broke down but I was able to get in with another angler in the tournament.  We stayed in Veech all day and caught them good.  He had a small limit but he is getting towed in right now.”   Mark said.

“We didn’t go far from here.  We fished hay grass all day.  Most of our bites were on a frog and a swim jig.  I culled probably 4 times but caught over 15 fish today.  We had a lot of fun.” Said Michael.

In fourth place among the co-anglers, Ray Watson of Magnolia, TX brought in three bass for 9.30-pounds. Chris Cain of Onalaska, TX rounded out the top 5 finishing in fifth place with three bass for 9.29-pounds.

The Berkley Cast for Cash Program has been growing strong all year with well over 1800 members.  4 of them in this tournament are going home with a lining in their pockets because they joined the program. In the Boater category, Brian Trahan and James Kiser took 1st and 2nd place with their finishes in the event.  Brian will be receiving a check for $250.00 and James will receive $150.00.  For the Co-Anglers Ray Watson and Aaron Reik finished 1st and 2nd, earning themselves $150.00 and $100.00.  Congratulations to all of you!

Slated for September 13th, the next tournament will be held back on Sam Rayburn running out of the Umphrey Family Pavilion. At the end of the season, the best anglers from across the nation advance the 2020 Ray Scott Championship to be held at Lake Hartwell in April 2020.