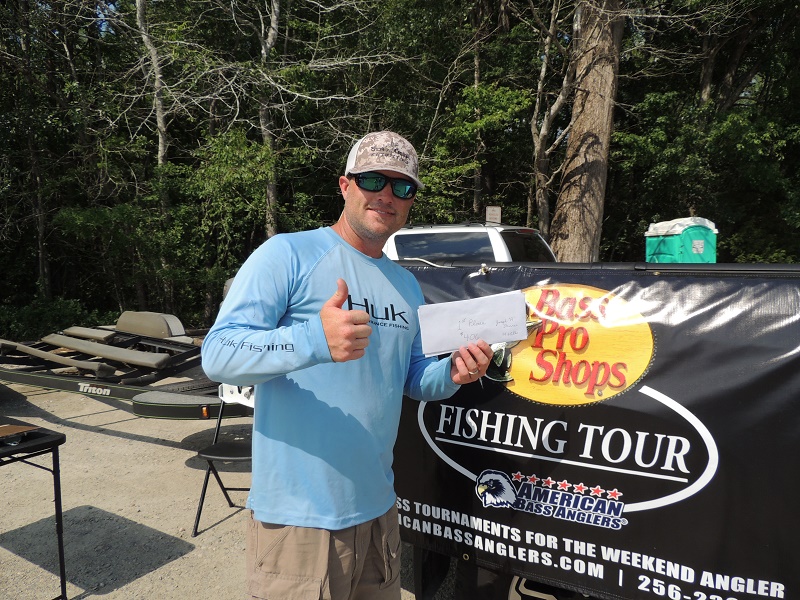 June 29, 2019, 14 anglers launched from Shoups Landing on the Chowan River out of Winton, NC.  Five of those anglers brought back a five-fish limit to the scales, but when the scales closed Andrew Skinner from Winterville, NC took the victory with 14.28 lbs.  Andrew said he caught his fish down river on spinner-baits and sinkos.  For the win, Andrew took home $406.00 in prize money.

Second amongst the competitors was Bobby Clark with 5 fish that weighed 13.77 lbs.  Bobby said he caught his fish down river on worms.  For his efforts, he took home $200 in prize money.  Bobby also had big fish of the tournament.  His fish locked in the scales at 5.44 lbs earning him the big bass pot.

The next tournament in the Bass Pro Shops Fishing Tour, NC Central Division 17 will take place on Saturday, 13 July, 2019 on the Roanoke River launching from Water Street Ramp in Plymouth, NC.