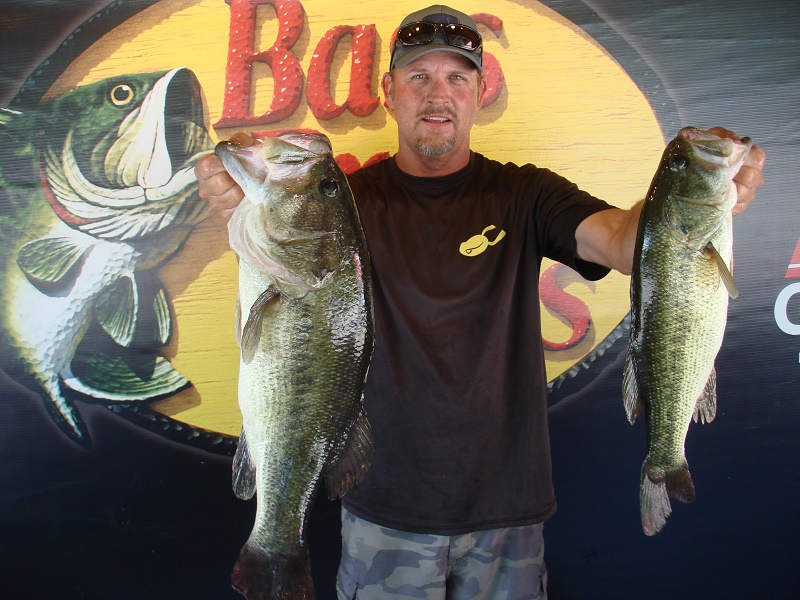 ATHENS, Ala. – Ryan Harrell of Roanoke Rapids, NC won the Bass Pro Shops Open Series event held on Lake Gaston on 6/29/19. Running out of Holly Grove Marine in Bracey, VA Harrell weighed in a five bass limit weighing 15.85 pounds. His limit was anchored by a bass weighing 6.37 pounds which was the largest bass weighed in by a boater.  He took home a check for $5000.00 for the win and an additional $650.00 for the biggest bass.

“It was really no secret,” said Harrell. “I caught about 15 bass today flipping a jig around docks and grass.”

“I caught fish all day dirt shallow on a black buzzbait,” said Hoffman.

“I caught all of my fish dirt shallow on a buzzbait,” said Baldwin. “By 7:30 I was pretty much done.” 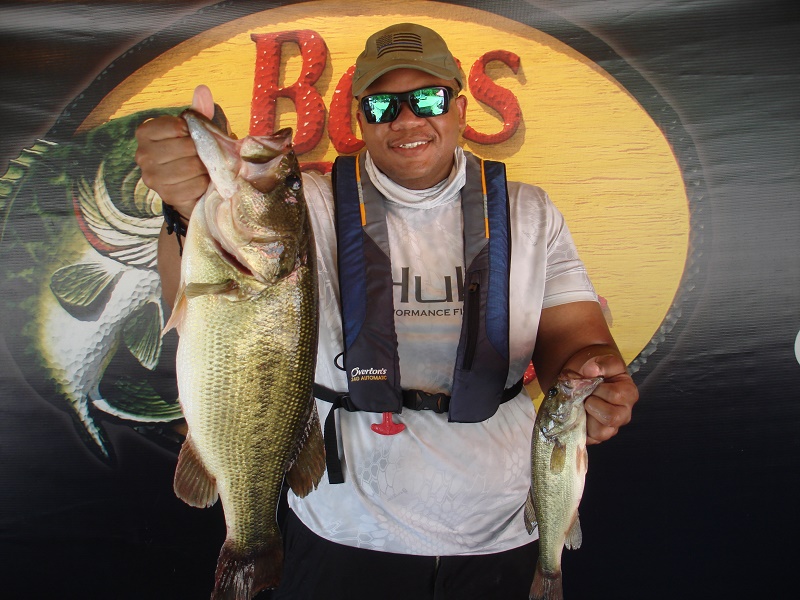 In the co-angler division Thomas Sescoe of Greensboro, NC weighed in two bass for 7.42 pounds. His catch was anchored by a bass weighing 6.29 pounds which was the biggest bass weighed in by a co-angler. Sescoe collected $1090.00 for his catch.

“I’d like to thank my boater for getting me loose from snags today. We were fishing docks and I have never been hung up as much as today. I got all of my bites on a weightless senko,” said Sescoe.

In second place for the co-anglers Dylan Walsh of Greensboro, NC weighed in three bass for 6.97 pounds.

“I want to thank my boater for putting me around fish today,” said Walsh. “I caught my fish on a big worm and a buzzbait.”

“I caught fish all day on the bank with a frog,” said Hopkins.

The next event for the Virginia Division will be the area championship on Kerr Lake slated for 9/28-9/29/19 running out of Nutbush Park.