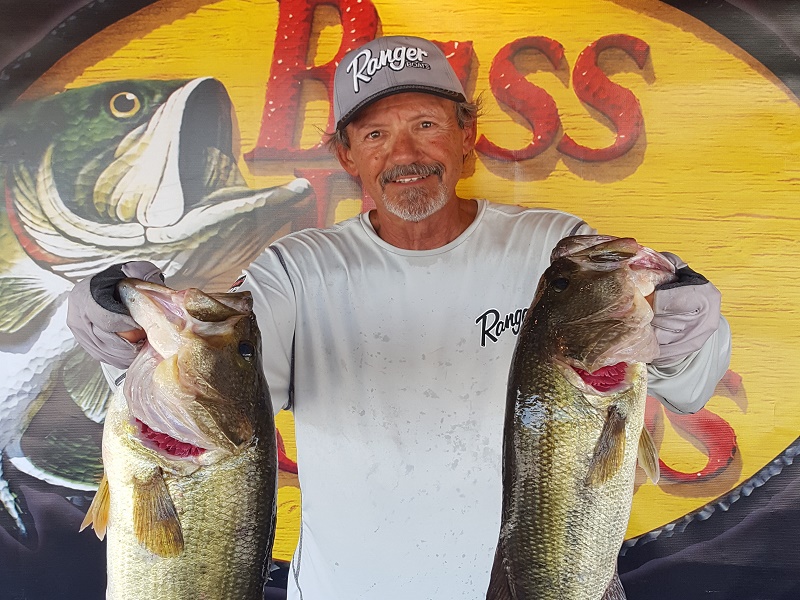 “Well, I actually got on a bite this week that I had confidence in.  I like to throw crankbaits, I like to throw Carolina Rigs, but I found a pattern with dead-sticking a big worm and slow.  I wasn’t getting a lot of bites but they were quality.  I had 7 bites today by 1 in one spot and about 14 lbs.  I made a move and caught a 4.50.  I sat down and re-rigged my rod, took my time, made another cast, and that’s when I caught the 6.11. After that, I was done.  I was ready to come to weigh in so I did.”  Dunnaway said.

In second for the boaters, Larry Savell of Brandon, MS landed a five-bass limit weighing 16.31-pounds.

“It was a lucky day for me to be sitting here in second.  Just a fish here and a fish there.  I fished the big lake, up the river, all over the place really.  No real pattern to anything.  One on a frog, one on a jig, another on a spinnerbait.  I had 6 keepers so I did cull once but that’s all.” Larry said.

Jason Hannah of Forest, MS finished in a close third place for the boaters with five bass weighing 16.16 pounds. Just 2 ounces behind Larry.

“I caught all my fish shallow.  I caught them South of here in the big lake and every one of them hit a swimbait in less than 2 feet of water.  The temp was 85 to 86 degrees but with a lot of cover.  I had a few areas that produced like that today so I did move around a little.  All in all it was a good day.” Jason said. 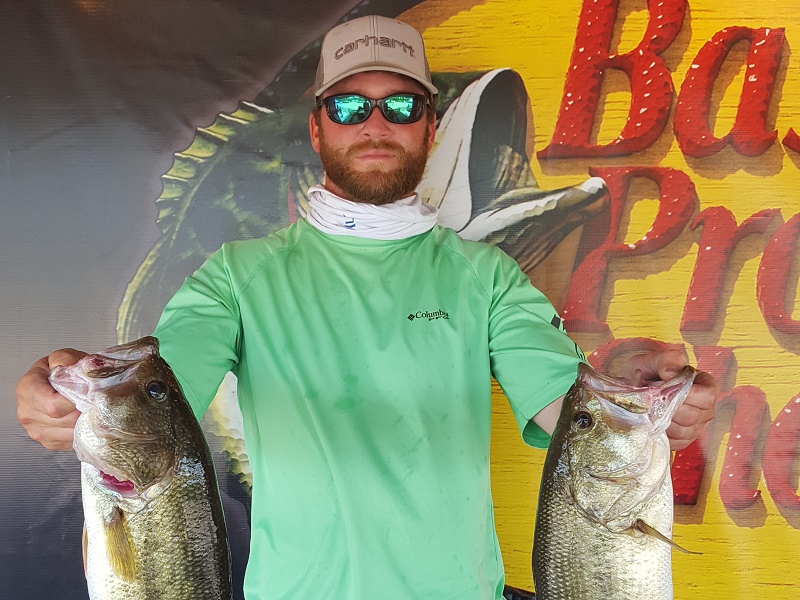 In the Co-Angler Division, Kevin Daniels of Brandon, MS won with three bass going 11.66-pounds. He pocketed a check for $1000 for his win.

“I threw a frog all day long.  I think I culled four times and we were all over the place.  Up river, down the lake, and I caught fish everywhere we went.  I think I had 7 or 8 keepers.  It didn’t matter if the sun was out or not, the topwater bite was good for me today.” Kevin said.

“My very first cast this morning was the biggest fish of the day for me.  A little over 3 lbs.  I caught my second fish 3 casts later.  I thought it was going to be a great day.  It took a couple hours to get the third bite and it was a small 14 incher.  About 2 hours later I caught another fish that culled the 14 incher and that was it.  4 bites, all keepers, all on a Carolina Rig.”  Brumfield said.

“Fished a spinnerbait, frog, and buzzbait today mainly targeting rocks.  I didn’t get a chance to cull but I did have one that came off that may have bumped me up a little.  I caught fish all day but couldn’t manage to improve my limit any.” Said Chris.

In fourth place among the co-anglers, Larry Edmunson of Brandon, MS brought in three bass for 6.19-pounds. Lane McKee of Pheba MS finished in fifth place with three bass for 5.92-pounds.

Slated for July 13th the next tournament will be back on Lake Pickwick out of JP Coleman State Park. At the end of the season, the best anglers from across the nation advance the 2020 Ray Scott Championship to be held at Lake Hartwell in April 2020.