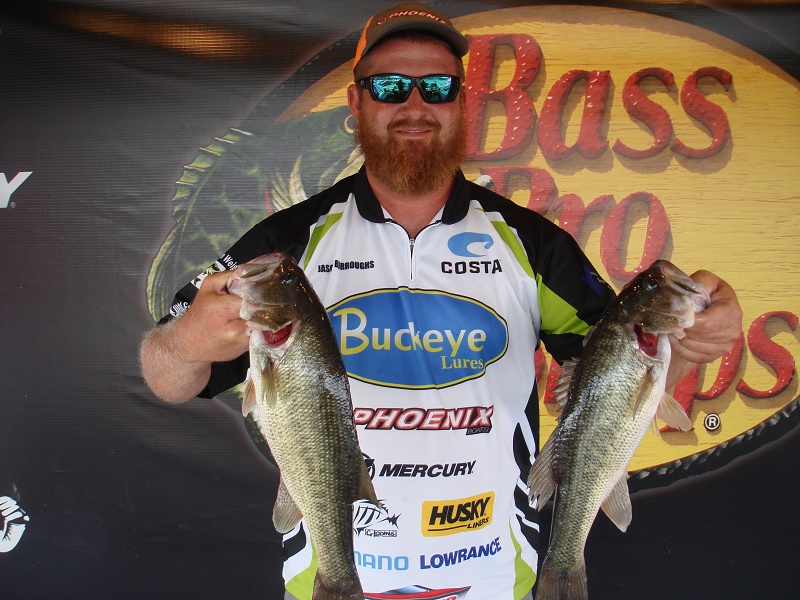 ATHENS, Ala. – Jason Burroughs of Hodges SC, won the Bass Pro Shops Open Series event held on Lake Russell 6/22/19. Running out of Hwy 72 boat ramp in Elberton, GA Burroughs weighed in a five bass limit weighing 13.86 pounds.  He took home a check for $2300.00 for the win. Being in the Mercury Marine program Burroughs also qualified for extra monies from Mercury.

“I was fishing in 15-22 feet and my fish all came off of a shakyhead and a 6XD crankbait. My co-angler and I had our fish by 10:30 and I decided to make a big move trying to get an upgrade. We were just not able to get the big bite,” said Burroughs.

“I caught all my fish today in knee deep water on a Tree Shaker tackle buzzbait,” said Chavis.

Taking third for the boaters Jerry Kotal of Elberton, Ga weighed in a five bass limit weighing 10.95 pounds. Kotal being in the Triton Gold program also qualified for extra monies from Triton boats. 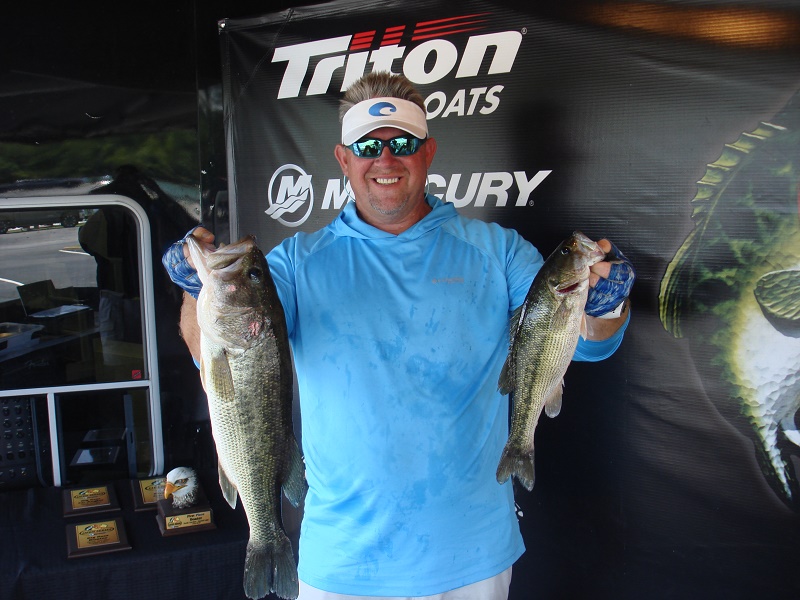 The biggest bass weighed in by a boater was caught by Paul Gettys of Due West, SC and weighed in at 4.54 pounds. Gettys took home a total of $780.00 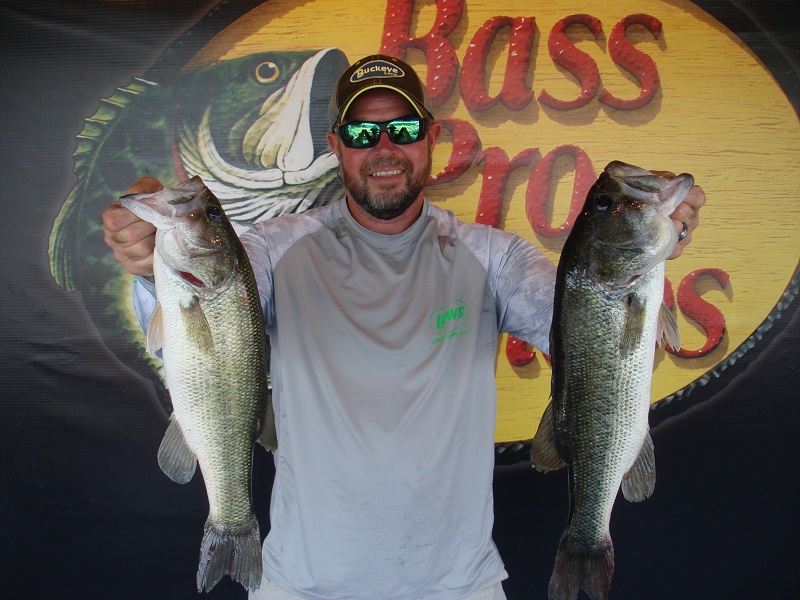 In the co-angler division Jackie Belt of Fountain Inn SC, weighed in three bass for 9.14 pounds. His catch was anchored by a bass weighing 3.62 pounds which was the biggest bass weighed in by a co-angler. Belt collected $875.00 for his catch.

“I caught my two biggest fish on a Buckeye lures Mop Jig and one keeper on a crankbait fishing in 12-15 feet deep,” said Belt.

In second place for the co-anglers Zachary Hudson of Pendleton, SC weighed in three bass for 7.71 pounds. His limit was anchored by a bass weighing 3.08 pounds.

“I caught everything today on a shakyhead in the 15-22 foot range,” said Hudson.

The next event for the South Carolina Division will be the area championship on Lake Hartwell, on Oct. 5-6 launching from Green Pond Landing in Anderson, SC.