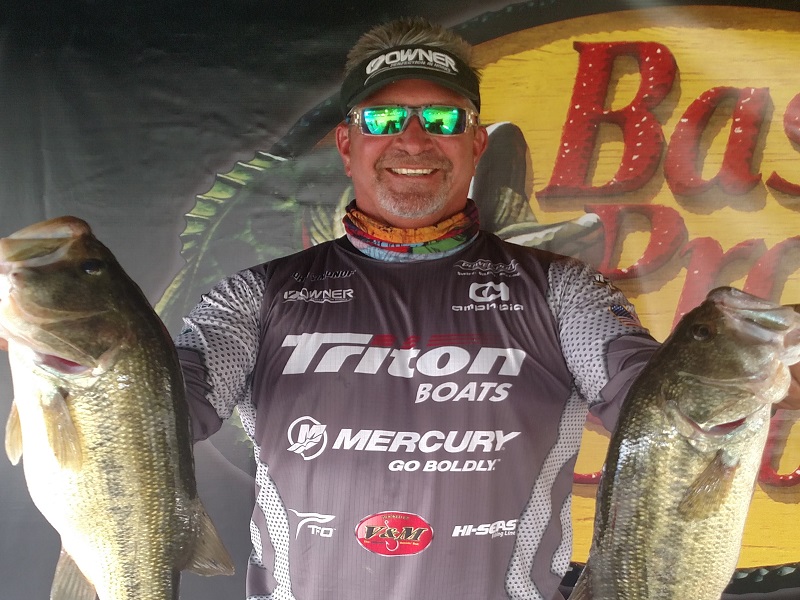 ATHENS, Ala. –John Simonof of Jacksonville, AR won the Bass Pro Shops Open Series Arkansas tournament, held June 15th on Lake Ouachita. Running out of Mountain Harbor Resort, Simonof caught five-bass weighing 13.94-pounds.  Summertime fishing blues… a tough bite, warm water, lots of fish caught but the big girls just didn’t want to play.  The entire field struggled to get keepers in the boat, so the weights were low for this one, but someone always finishes at the top.

“I got off to a rough start in the morning losing at least 4 keepers.  I had several areas to work and finally finished out a small limit on a custom bladed jig poured on an Owner hook with a V&M Baits Baby Swamp Hog trailer.  I switched gears and started burning shallow banks using a Whopper Plopper with #2 ST-36 Owner hooks fished on 30# Hi-Seas braid and an MH TFO rod.  I'd flip any laydowns with a V&M Baits J-Bug fished on 65# Hi-Seas braid and an Owner Jungle hook.  The fishing got better as the day went on and I culled my morning limit plus a few more before it was time to head in.” said John.
In second for the boaters was Derek Sandlin of Mt Ida, AR.  Derek landed a five-bass limit going 13.19-pounds.

“I almost had a flawless day.  I lost one fish and of course, it was about 5 lbs.  I really enjoyed fishing by myself today.  You don’t get to do that very often.  We do need more co-anglers because I love having someone in the boat with me as well.  The BPS Open Series is a great circuit to fish, and it has a lot of potential.  We appreciate y’all coming up here and I know it will grow once the word gets out. I caught about 70 or 80 fish today and had a great time.” Said Derek.

Chuck Gates of N little Rock, AR took third for the boaters with five bass going 12.45-pounds.  His largest fish was also big bass for the tournament at 4.42 lbs.

“I came in early today.  I had 6 bites and 5 keepers.  My first fish came at 10:30 so I fished for a while without a bite and before I knew it I had a limit.  The bite turned off as quick as it started so I decided to call it a day.  Luckily it was enough.”  Commented Chuck.

Finishing fourth, Nathan Cathcart of Benton, AR landed a five-bass limit for 12.39-pounds. Mark McDonnel rounded out the top five boaters with a limit of fish, putting 10.86 lbs on the scales. 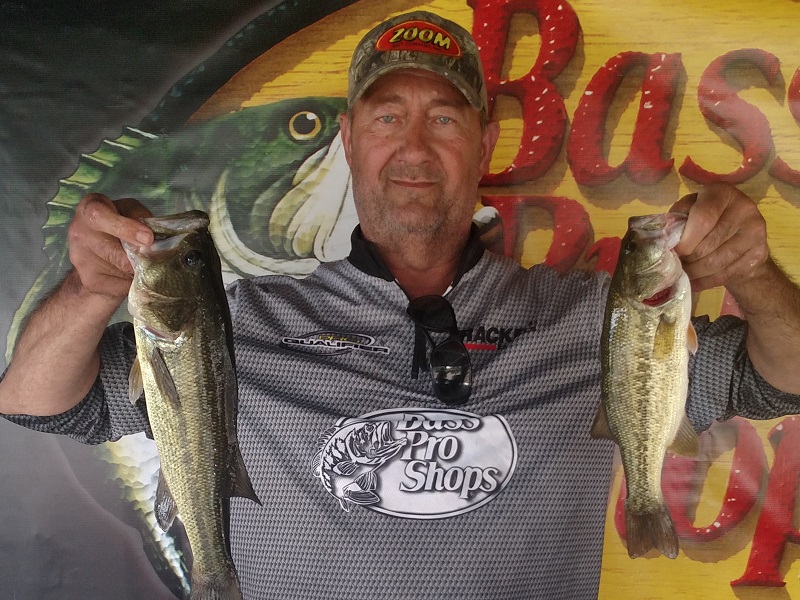 In the Co-Angler Division, Leonard Hynum of Maumelle, AR took the top spot with a three fish limit of 4.70 lbs.  His first tournament win.

“This is great.  It’s my first tournament win.  They all came on watermelon red and I caught 5 keepers all of them came off trees.  I was able to cull today so I had a really good day.” Leonard said.

Taking second for the co-anglers, “Big Fish” Chris Dyer brought in a single bass weighing 3.87-pounds and also earning him big bass for the coanglers.

“One fish one bite.  I caught her at 11:00 this morning on a watermelon red Culprit.  Its tough fishing right now so I was very glad to have it.  I didn’t think it would get me second place but it just goes to show how tough the bite is right now.” Said Chris.

Johnny Crider finished third this time, with yet another three finish (On Lake Hamilton earlier this season) among the co-anglers with two fish for 2.95-pounds.

“I caught my first one early in the morning on a whopper plopper and the second fish late in the afternoon on a swim jig.  Fishing this time of year is always tough on this lake but it has been a tough spring to be able to fish anywhere.  So much rainfall.”  Said Johnny.

Slated for July 27th and 28th, the two tournaments will be fished back to back on a Saturday and Sunday at Greer’s Ferry,  running out of Devils Fork Rec Site. At the end of the season, the best anglers from across the nation advance the 2020 Ray Scott Championship to be held at Lake Hartwell in April 2020.