Roger and JoAnn White Take the win on Tobesofkee 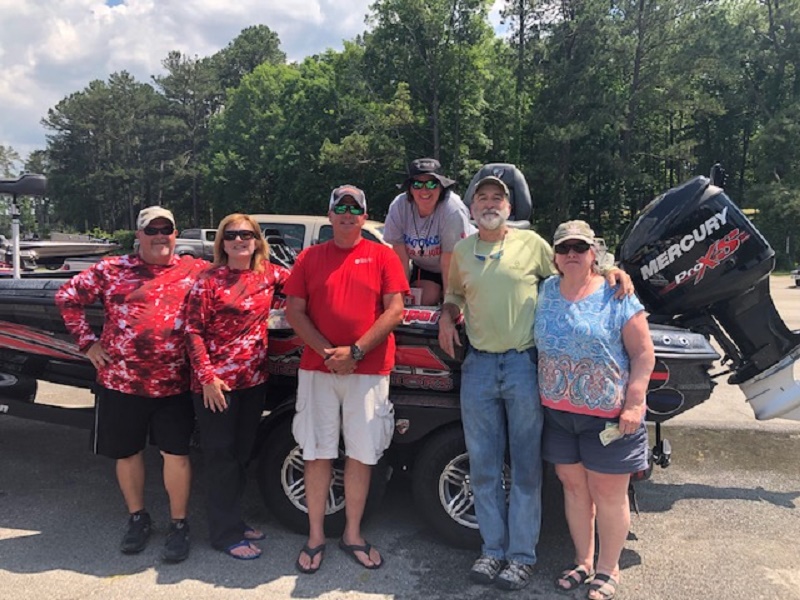 Roger and JoAnn White won The Bass Pro Shops Couples Series, operated by American Bass Anglers, Georgia Division 2 held May 18th on lake Tobesofkee.  Running out of Claystone Park Roger and JoAnn brought in five-fish that locked in the scales at 13.35-lbs.  Roger anchored their bag with the men’s big bass that went to the scales at 5.76-lbs and JoAnn sealed the victory with women’s big bass that locked in at 3.37-lbs.

Jeff and Amanda Maddox took second place with five-fish and a total weight of 11.99-lbs.

Billy and Jerri Beam claimed 3rd place with five-fish and a total weight of 10.78-lbs.

Twelve couples fished the event on Tobosofkee Lake. Water temps were in the 80’s and the air temps got into the 90’s by the end of the day. Water clarity was good down by the dam and stained in the upper part. All teams caught fish. The top three teams reported catching top water fish in the early morning. Pop R’s and Whopper Plopper were the top baits. As the day went on it was Shakey Head worms worked around docks.