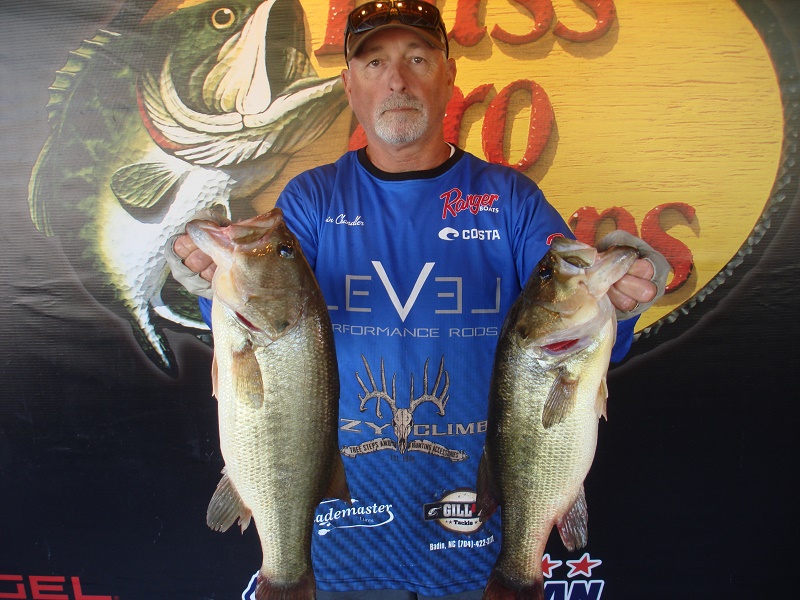 ATHENS, Ala. – Kevin Chandler of New London, NC won the Bass Pro Shops Open Series event held on High Rock Lake on 6/15/19. Running out of Tamarac Marina, Chandler weighed in a five bass limit weighing 23.00 pounds. His limit was anchored by a bass weighing 5.23 pounds.  He took home a check for $2500.00 for the win.

“I Caught all my fish today on a jig. I caught three in three feet of water and two in fifteen feet of water,” said Chandler.

Coming in a close second, Dan Funderburk of Rockwell, NC weighed in a five bass limit weighing 22.64 pounds. His limit was anchored by a bass weighing 6.27 pounds.

“I caught a few early around docks on a Dave’s Tournament tackle Jig. I was going to make a move and my lower unit went out forcing me to stay where I was. I had to leave the area an hour early so I could troll back in time,” said Funderburk.

“I caught a few flipping docks and I caught some dragging a magnum trickworm. I put some chartreuse dye on the tail and I think it helped,” said James. 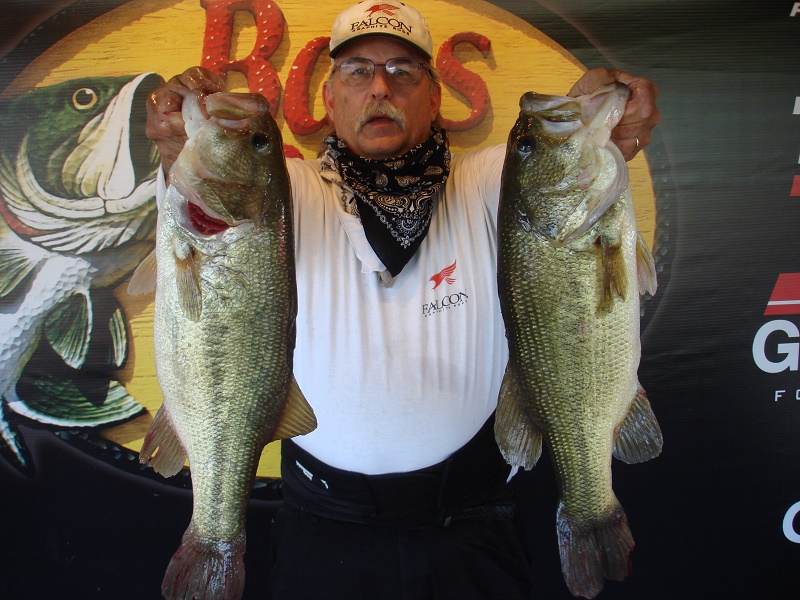 In the co-angler division Charles Wood of Thomasville, NC weighed in three bass that weighed 11.15 pounds. His catch was anchored by a bass weighing 5.06 pounds which was the biggest bass weighed in by a co-angler. Wood collected $1435.00 for his catch.

“I caught my two biggest fish on a jig and one small keeper on a crankbait. About 1:00 I was able to cull my smallest fish with the 5.06 pounder. I caught a total of four bass culling once,” said Wood.

In second place for the co-anglers Dylan Smith of Morganton, NC weighed in three bass for 10.77 pounds. His limit was anchored by a bass weighing 4.58 pounds.

“I caught my fish today on a buzzbait and a finesse worm,” said File.

The next event for the North Carolina Division will be the area championship on Kerr Lake on 9-28-29, 2019 launching from Nutbush Park.