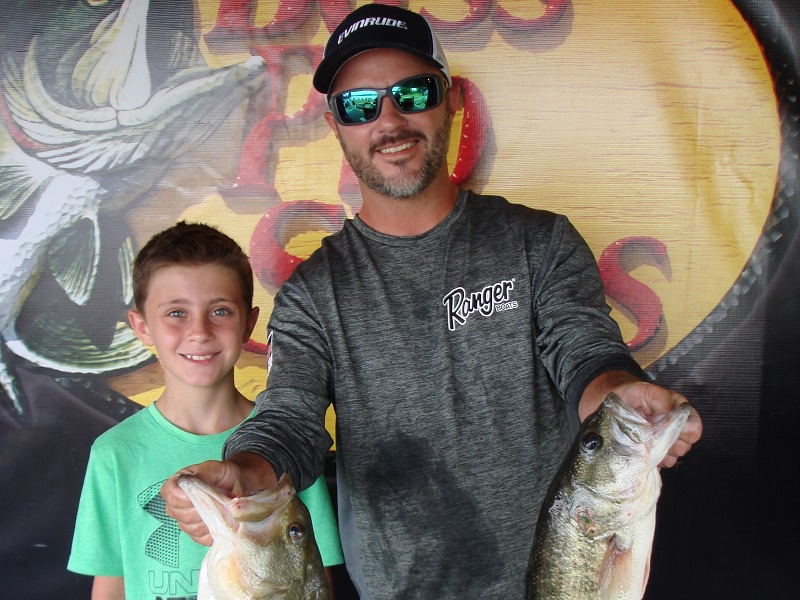 “I was fishing topwater and flipping docks the first three hours and had about 14 pounds doing that. Then, around 10:45 am, I fished a deep spot I found last week and caught my two bigger fish, then went back to flipping docks and culled one more time on a jig.” Carter said.

“I also caught my fish on topwater and flipping this morning. I did not fish clean today, lost a few big fish this morning and another late in the day. I stayed between the bridges today.” Henry said.

“I caught my fish on a frog and a jig around docks. I fished mid-lake today.” Hayes said. 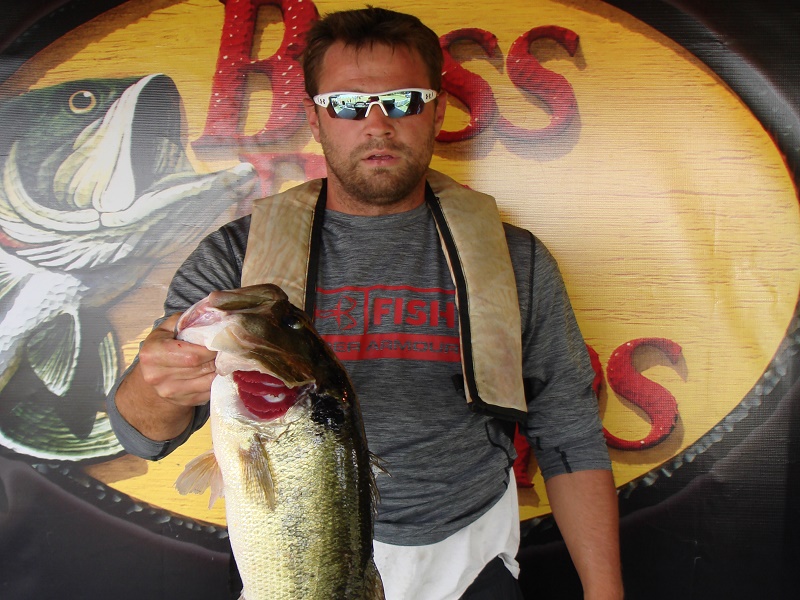 The big bass award went to Robert Cain Waller of Hartwell, GA for a big bass that weighed 6.35 pounds.

“I caught that big bass in 4ft of water on a Carolina-rig around 10:30am. I couldn’t get anything else to go with it. I just got lucky.” Waller said. 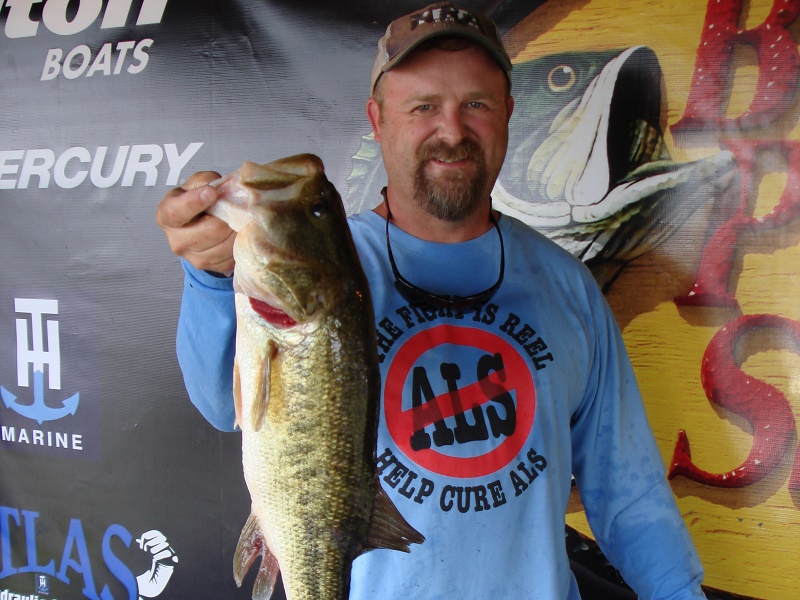 In the Co-Angler Division, Tim Adams of Powder Springs, GA won with two bass going 7.26 pounds including a 4.27-pound kicker. He pocketed a check for $700 for his win and an additional $110 for the big bass award.

“I had some blowups on topwater this morning but they just weren’t getting the bait so I followed up with soft plastics.” Adams said.

“I caught my fish on a shakey-head worm and a spinnerbait. I lost a three pounder this morning that hurt me.” Pierce said. “

“I caught my fish on a shakey-head around docks.” Enke said.

In fourth place among the co-anglers, Charles Waldrop of Forsyth, GA brought in three bass for 5.79 pounds. Bo Washam of Midland, GA finished in fifth place with three bass for 5.12 pounds.