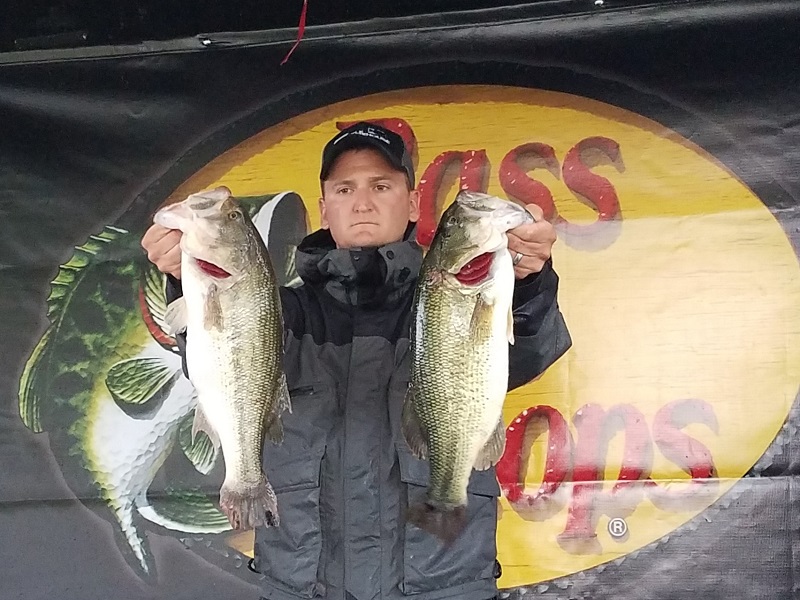 “I caught my fish on jigs, worms, and crankbaits fishing ledges in the North Barkley area,” said Suggs.

Finishing second for the boaters, Glenn Chewning of Hopkinsville, KY landed a five fish limit that went 18.38-lbs. Glenn also landed the biggest bass for the boaters with a 6.38-lb beauty.

“I fished creek ledges in the main lake area using a ½ ounce Necessity Football jig in camo color with a chartreuse trailer.  I also caught a few on a shakey head with a plum worm,” said Sandefur. 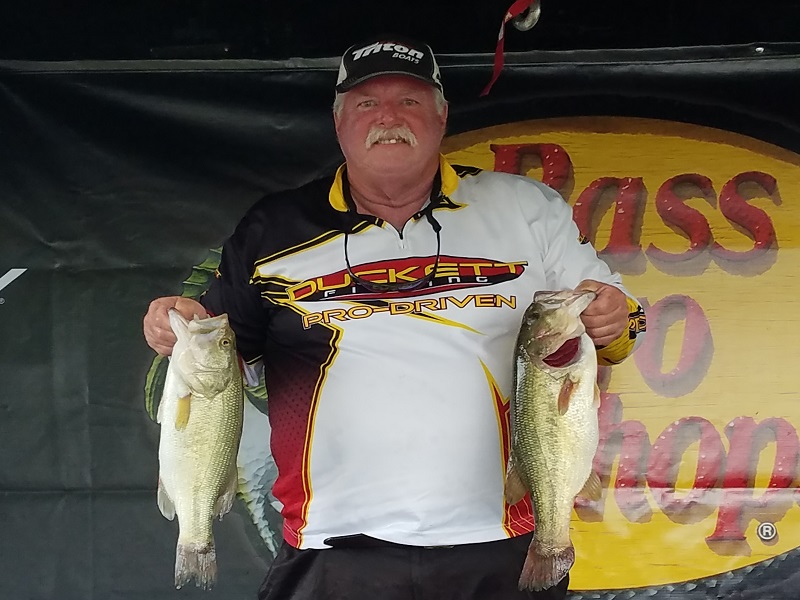 In the Co-Angler Division, Grant Davis of Brentwood, TN won with three bass going 11.41-lbs. He pocketed a check for $700 for his win.

“I caught my fish in creek mouths on Lake Barkley using a Zoom Old Monster with ¼ oz tungsten weight in 5-25 foot of water,” said Davis.

“I caught my fish in the North Barkley area using a 1/2oz Necessity and ¼ oz. shakey head,” said Hesse.

“I fished the middle river area with jig,” said Strawmyer.

In fourth place among the co-anglers, Ray Dickens of Marion, IL brought in two bass for 6.53 pounds. Pat Raap of Hawesville, KY finished in fifth place with two bass for 5.58 pounds.

The largest for the Co-Anglers was brought in by Brendan Murphy of Cape Giradeau, Mo. Brendan brought in a nice 5.31-lb largemouth.

Slated for June 29th , 2019 the next tournament will be held on Kentucky Lake out of Kentucky Dam Marina near Gilbertsville, KY. At the end of the season, the best anglers from across the nation advance the 2020 Ray Scott Championship to be held at Lake Hartwell in April, 2020.