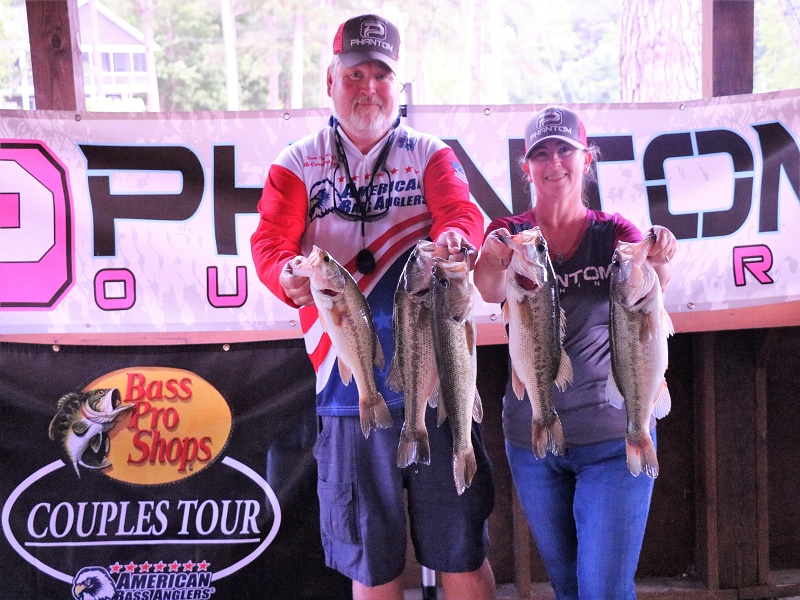 The Lake Wateree tournament was the 8th event of the South Carolina Couples trail which was rescheduled from December and held this past Sunday on May 5, 2019 out of Clearwater Cove.  Lake Wateree hasn’t been on the couples tournament schedule in a number of years.  We are looking forward to returning next year and building a following on this beautiful mid-state reservoir.

With the threat of rain showers and thunderstorms, which held off until weigh in and lasted 2 minutes, we had a ten boat field paying two places, Men’s Big Bass, Ladies Big Bass and the Berkeley Outdoors Marine sponsored smallest 5 fish limit.  The thunderstorms that rolled through the area the night before dropped a lot of rain and lead to cooler and muddier waters but did not hurt the shallow bite for the top two finishers.  The top two bags were caught using Spinner Baits, Buzz Baits, and Chatterbaits all by Choo Choo Custom Baits, Senko, and Lucky Craft Gunfish.  We had a total of 38 fish brought to the scales and released for a total weight of 97.81 lbs. 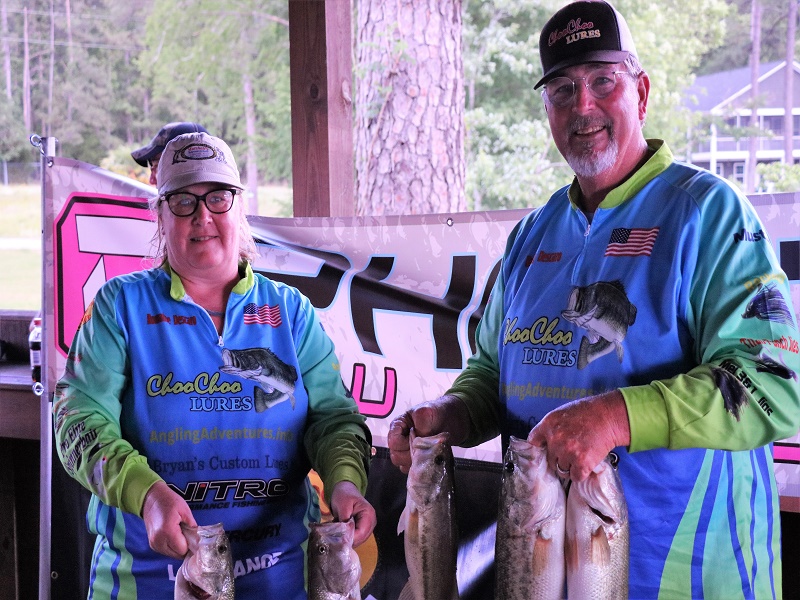 Barry and Romaine Descarco with Choo Choo Custom Baits, one of our division sponsors, joined us for this tournament and took 2nd place with 5 fish for 13.79 lbs. 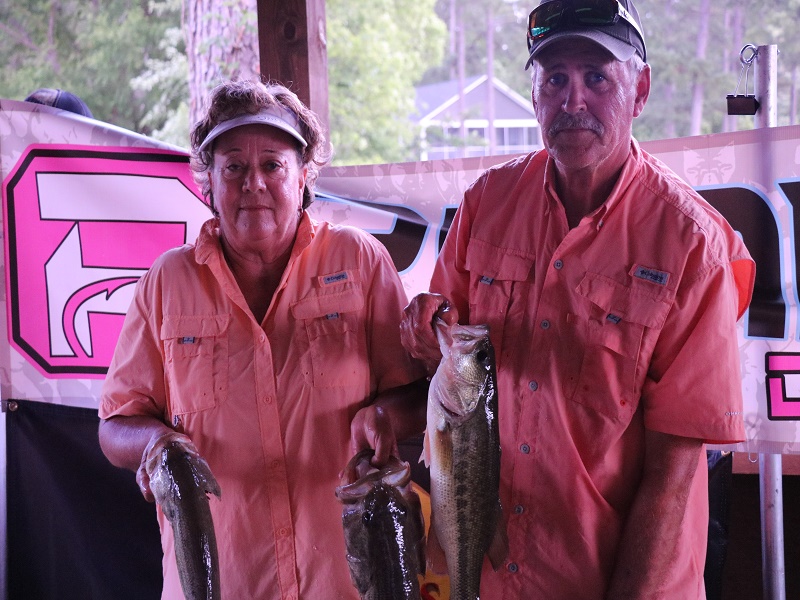 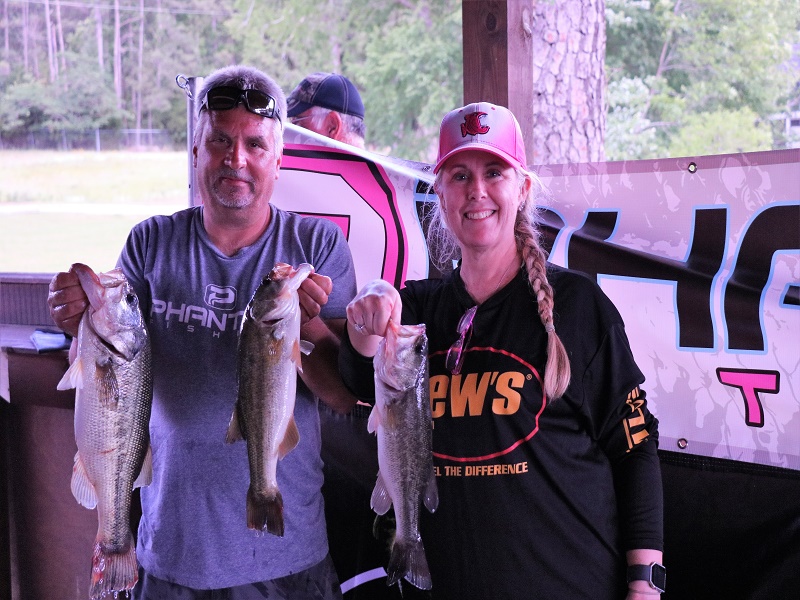 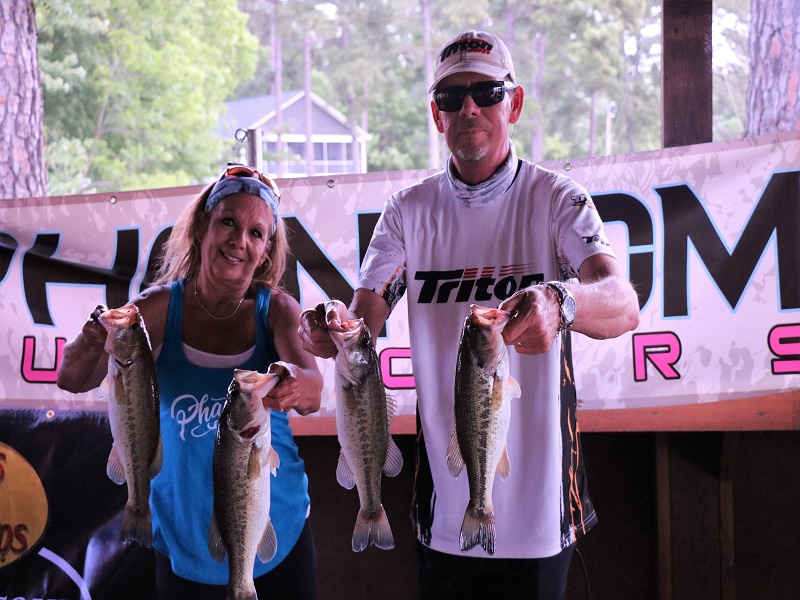 And a beautiful picture to end a great day!