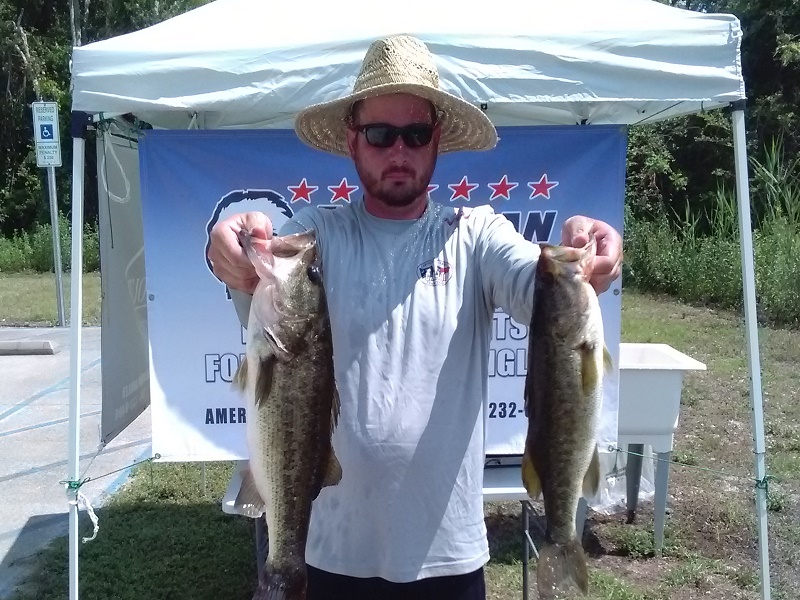 May 18, 2019 Wilmington, NC, four anglers launched from Sutton Lake ramp near Wilmington, NC. It was extremely hot all day. Even in this unbearable heat, Chris “Bean” Savage from Lake Waccamaw, NC took the victory with 5 bass weighing 14.98lb. He also won the TWT.  Chris took home $236 in prize money. 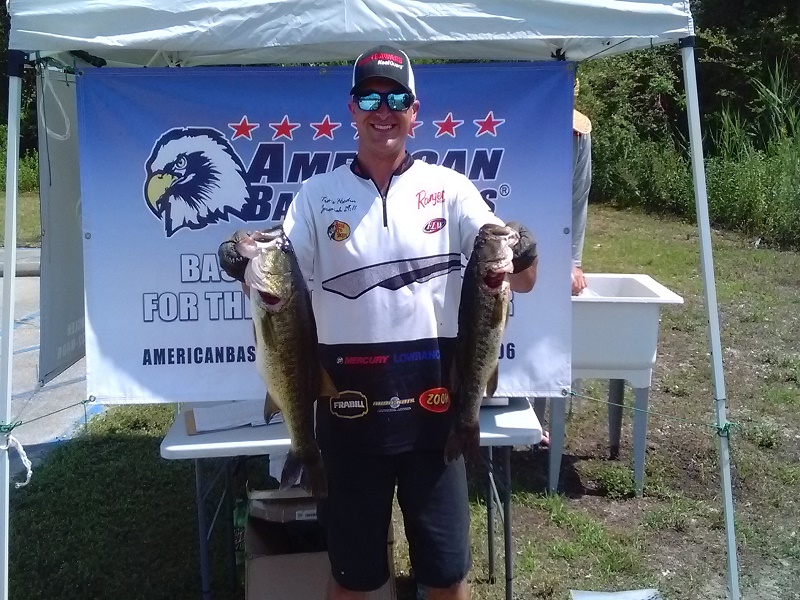 Second amongst the competitors braving the heat was Travis Hardin from Hampstead, NC with 5 bass weighing 13.81 lb. Travis won Big Fish with a STUD weighing 5.80 lb. He took home $40 in prize money. 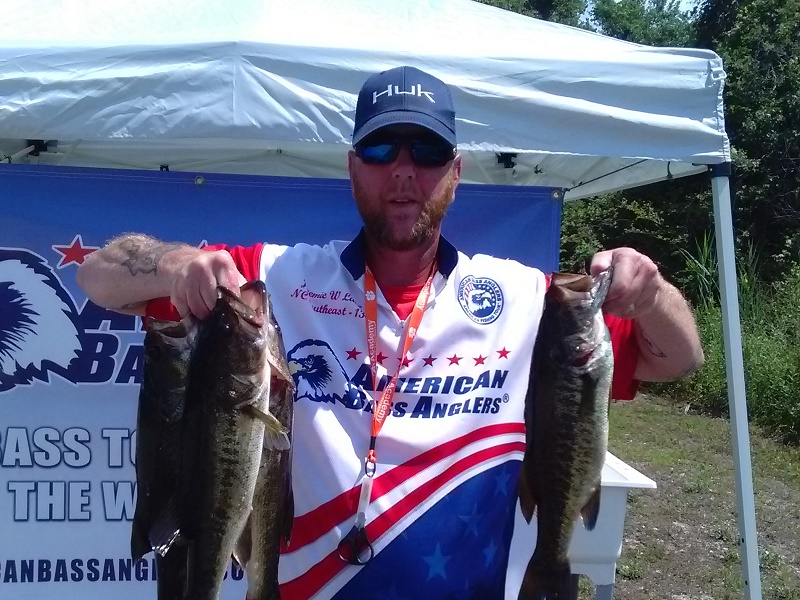 Fourth place was claimed James Rivenbark from Willard, NC. He had to leave early so he DNW. Thank you for coming!
The next tournament in this division will take place on 6/15/19 launching from Durpee ramp in Lake Waccamaw, NC.