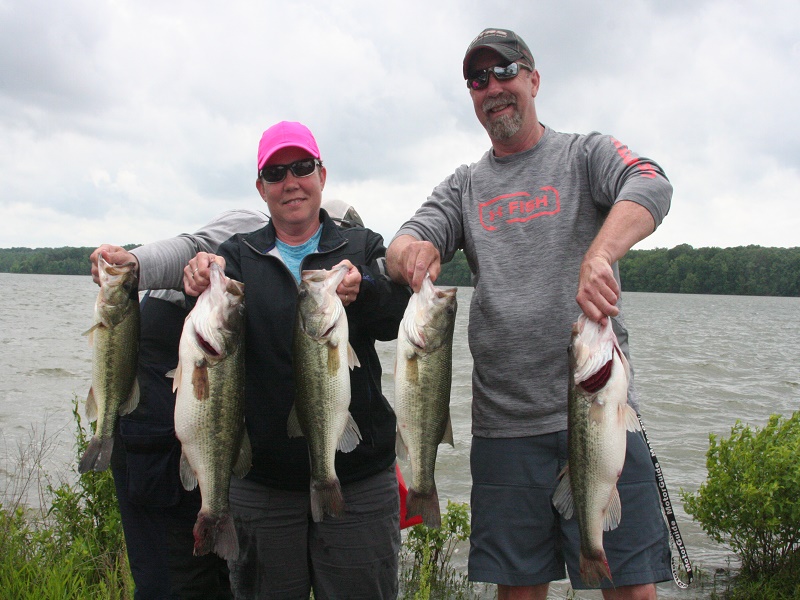 The ABA Bass Pro Shops Couples Series Kentucky Lake Division experienced a very successful weekend.  We had 14 teams participate.  The weather was very wet and windy but the lake was cooperative and relatively smooth all day considering the conditions.  All 14 teams weighed fish at the end of the day.  48 fish were caught weighing over 153 pounds.  All fish were released alive and well.  We paid out a total of $1,190. 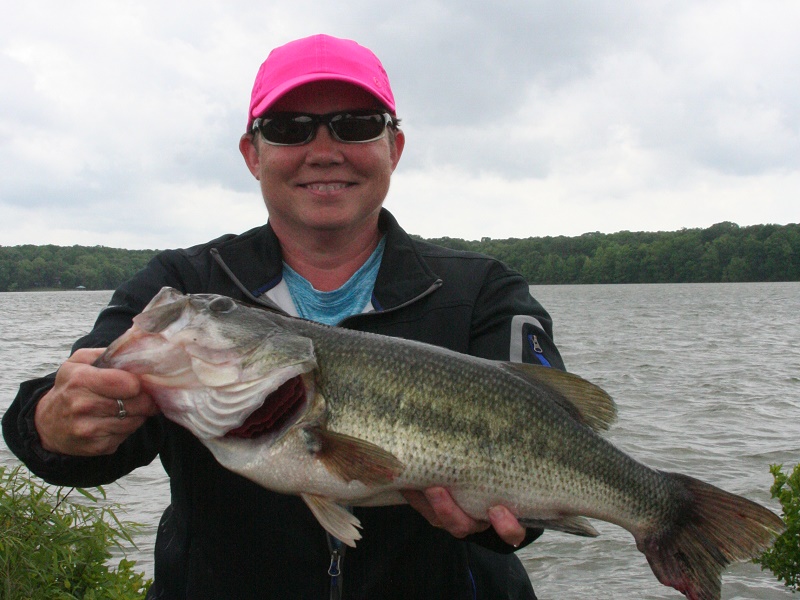 Treye and Carol Ward topped the field for their first ever ABA Couples Tour victory.  They did so in an impressive manner.  They brought in a five fish limit weighing 20.14 pounds.  Carol also topped the Ladies Big Bass competition with a beautiful 6.04 pound largemouth.  I don’t think she has stopped smiling yet!   Treye and Carol found their fish in shallow bushes in Little River near Barkley Lodge.  Their top producing baits were shaky heads and chatter baits.  For their outstanding effort, they took home a total of $620.  That was comprised of $550 for 1st place and $70 for Carol’s big bass. 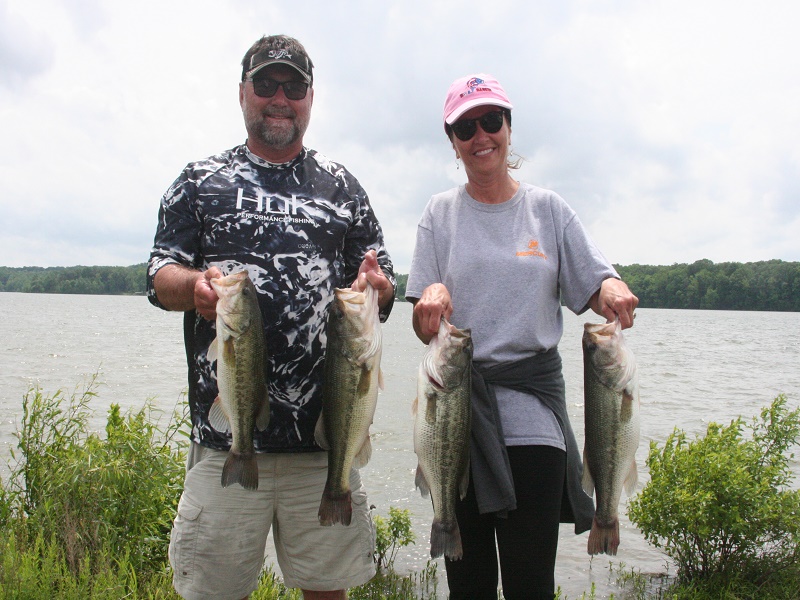 Jeff and Lorie Richey weathered the rain and wind to take 2nd place with another 5 fish limit of 17.71 pounds.  Their weight was anchored by Lorie’s 4.69 largemouth.  Jeff and Lorie fished brush piles and docks in the Blue Springs area using jigs, plastics, and swim jigs.  The Richey’s cashed a check for $325 for their day’s work. 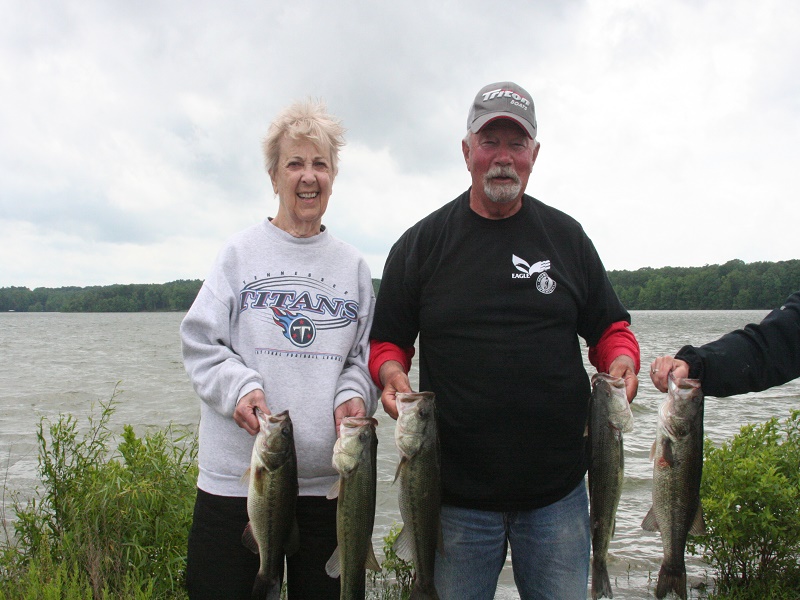 Third place was secured by Donnie and Lila Williams.  They also had a 5 fish limit, weighing in at 15.01 pounds.  The Williams banked $175 for their catch. They braved the wind and rain to run south into Tennessee for their success.  They caught all their fish flipping tubes in shallow buck bushes in Saline and Bear Creeks. 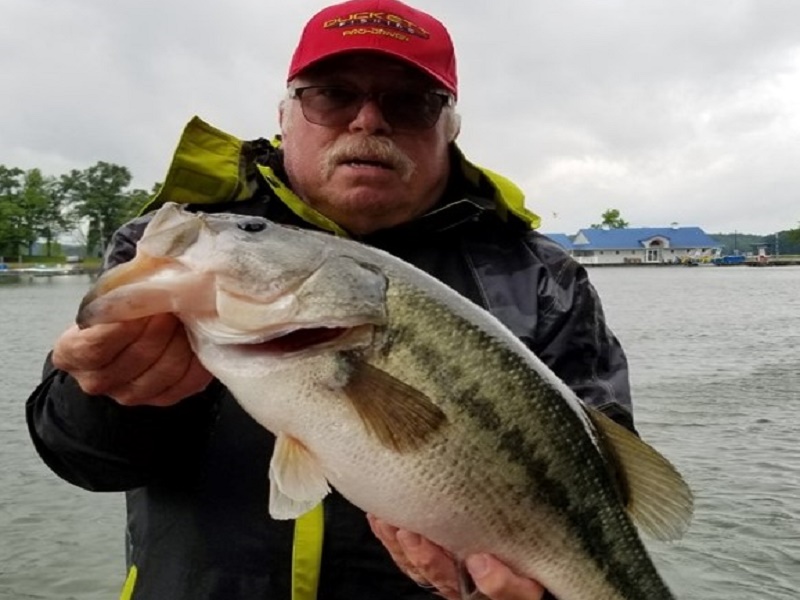 Men’s Big Bass was taken by Mike Roe.  Proving that even a blind hog can find an acorn, he brought in a 7.04 pound largemouth!  Some outstanding net handling from his wife, Donna, sealed that catch!!  Donna claimed the $70 for her netting efforts!!

Jay and Shari Holsapple were fifth with 4 fish weighing 14.08 pounds, anchored by a 5.75 pound largemouth.

We also need to give a shout out to David Bowman for his 6.14 largemouth.

Three teams were drawn for non-cash prizes; Booyah spinnerbaits and Strike King jerk baits:  Buddy and Natasha Hopkins, David Bowman and Paula Keller, Jay and Shari Holsapple.    We will be giving away much more in future tournaments, with some great prizes available at the last tournament of the season along with a great cookout for those fishing our series on Kentucky Lake.

We head back to Paris Landing for our next tournament on June 2nd.  Remember to bring your G-Juice and/or Rejuvenate and maybe even some ice for the live wells as the water temperature will be rising and the fish will slowly begin making their way to the ledges!  Fish are easily stressed and may die during these conditions.  We will launch at 5:30 AM and weigh-in at 1:30 PM.  We will be at the ramp for boat check and late registrations at 4:30 AM.