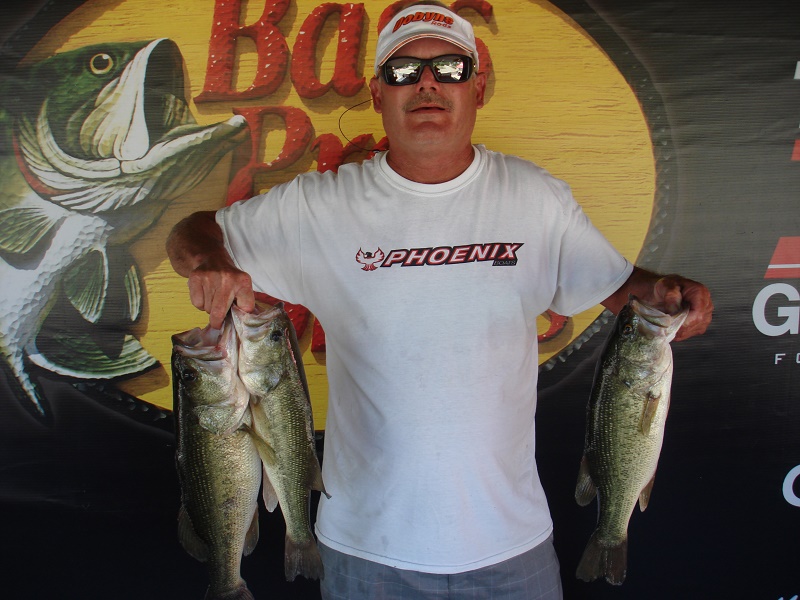 ATHENS, Ala. – Marty Warren of Elon, NC won the Bass Pro Shops Open Series event held on Kerr Lake on 5/18/19. Running out of Nutbush Park in Henderson NC, Warren weighed in a five bass limit weighing14.76 pounds. His limit was anchored by a bass weighing 4.40 pounds. He took home a check for $5000.00 for the win and an additional $700.00 for weighing in the biggest bass for the boaters.

“I caught probably 15 keepers today,” said Warren. “Everything was caught on a top water bait.”

In second place for the boaters Flash Butts of Roanoke Rapids, NC weighed in a five bass limit weighing 13.80 pounds.

“I caught all of my fish today on a frog, fishing dirt shallow,” said Butts.

“I caught all of my fish today on a crankbait in 7-9 feet,” said Wright. 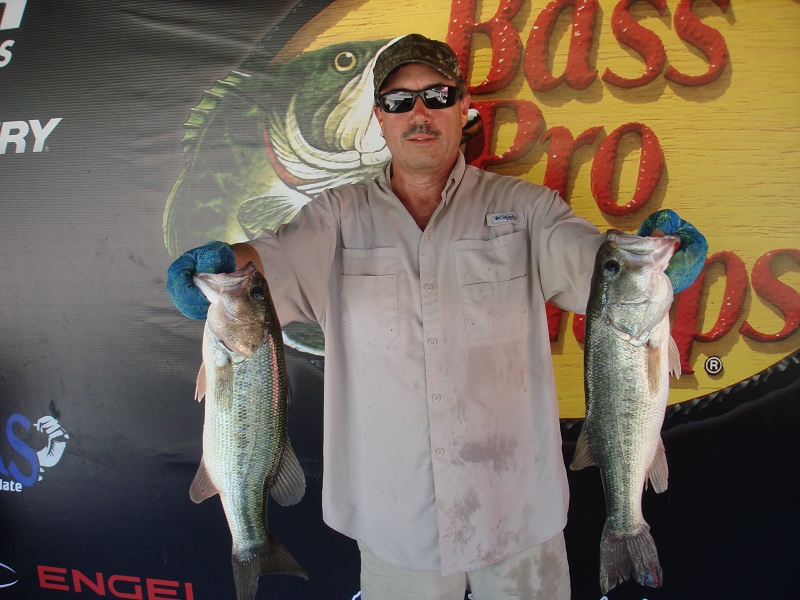 In the co-angler division Jimmy Lewis of Bracey, VA, weighed in three bass weighing 7.41 pounds. Lewis took home a check for $950.00 for the win.

“I caught all of my keepers on a Carolina rig,” said Lewis. “I caught around 10 keepers culling out a few times.”

In second place for the co-anglers Roderick Mangum weighed in three bass for 7.27 pounds.

“I caught all of my keepers today on a wacky rigged senko and a shaky head,” said Mangum.

“I caught my three keepers today on a senko,” said Gardner. 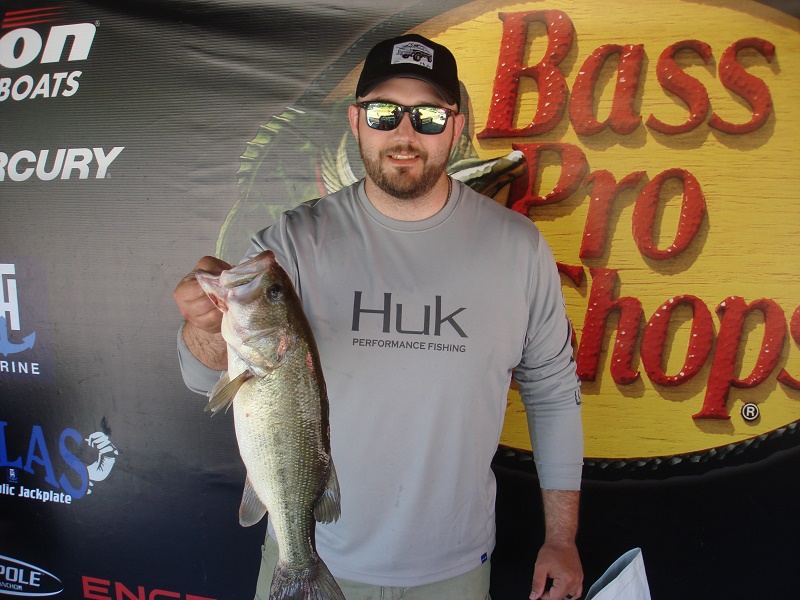 The next event for the Virginia Division is slated for 6/29/19 on Lake Gaston running out of Holly Grove Marina.