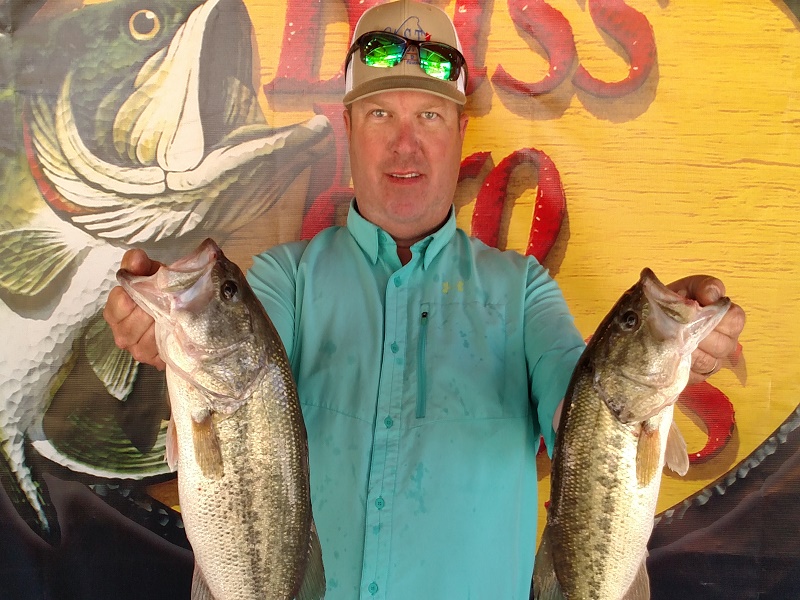 ATHENS, Ala. –Steve Perkins of Velma, OK won the Bass Pro Shops Open Series tournament held May 19th at Lake Eufaula.  Running out of Eufaula Cove, Perkins managed a 14.49 lb bag under very tough conditions.  Oklahoma has been under some severe weather alerts and flooding conditions this spring and every event had been canceled, rescheduled, or moved, including this one.  Originally slotted to fish Lake Tenkiller, the rains came and flooded out all but one lake.  This event was even postponed one day due to the threat of severe weather and tornadoes.  Sunday opened bright blue skies and you guessed it, post front conditions on an already flooded and dropping lake.  Hundreds of short fish were caught by the field, but Perkins managed to coax a few of the larger fish out of the flooded brush.

“Buzzbaits today!  The lake level is high, but it is falling.  The flooded brush is where the fish were.  I was flipping bushes and kept catching little fish.  I wanted to weed through them faster so I picked up a buzzbait and caught a keeper.  It was pulling the larger fish out of the bushes which made them easier to land, but also the smaller fish were not able to eat the bait.  It made the whole process more efficient but, I only caught 5 keepers.  The ones I weighed in.” said Steve.
In second for the boaters, Lee Sanders of Stillwater, OK landed a five-bass tournament limit going 13.48-pounds.

“I went east into Brookin and Poram and caught all my fish flipping bushes on a zoom Z craw.  I had 7 keepers throughout the day but caught lots of fish.  I culled twice” Sanders said.  Lee Sanders has been a Triton Gold member for as long as I remember and again, took Triton Gold Honors at this event with his second-place finish.
Mark Johnson of Weleekta OK took third for the boaters with five bass going 12.42-pounds.  He also caught his fish flipping flooded bushes but was not available for additional comments.

Finishing fourth, John Simonof of Jacksonville, AR has a 5 fish limit for 11.70 lbs, and Nick Kincaid of Coweta, OK managed a 5 fish limit weighing 9.80 lbs.  Big Bass for the boaters was caught by Earl Clinton of Stillwell. OK weighing in at 4.90 lbs.  Not the best day for the big fish bite that Lake Eufaula is capable of, but under these conditions well done by all the boaters. 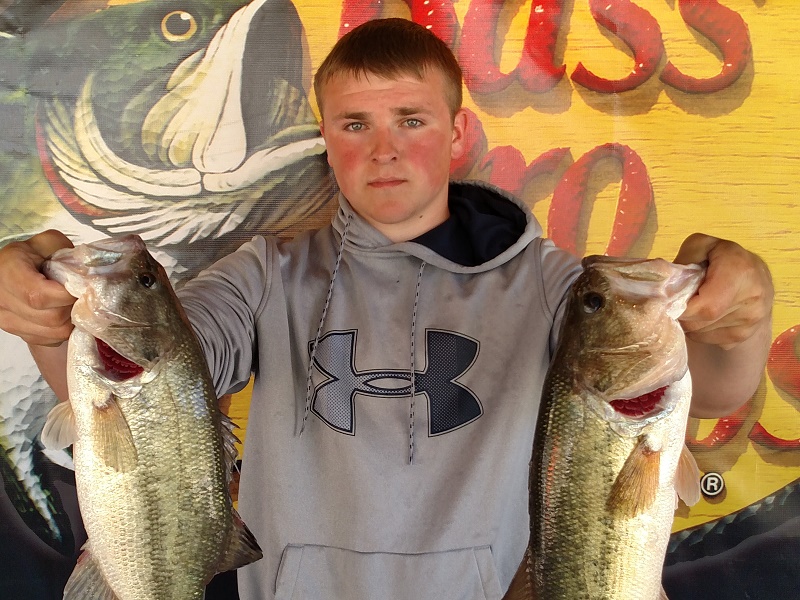 In the Co-Angler Division, Larry Rea Jr of Checotah, OK sat atop the leaderboard after the scales closed with three bass weighing 8.78-pounds.  A stringer some of the boaters could have done well with.

“I had 5 keepers today using a 10-inch worm.  The same as everyone else, we were flipping bushes too.  I never did cull because the first 3 I caught were bigger than the others, but they would have kept.  All the bites came right around 11:00 AM” Larry said.  This was Larry’s first event with us and guessing by his performance I would say we will see him again.

“Well we caught a bunch of fish today.  I mean a bunch.  The only problem was, they were all short.  We went to Poram also and I only had 3 keeper bites.  One was on a spinnerbait and the other two were caught flipping bushes.  Same as everyone else.” Cashman said.

“It was a tough bite today with all the sunshine.  Just 3 keeper bites is all I had flipping bushes.  It was tough to get them out of there too.  They were deep into the branches.” Said Eli.

In fourth place among the co-anglers, Melvin Camp of Telahina, OK brought in two fish for 7.07 lbs.  One more keeper could have put him at the top.  Stan Forrester of Westville, OK also managed a 3 fish limit, weighing 6.42 lbs.  One bite was all Dustin Herrick of Inola, OK needed to nab big bass honors for the co-anglers, weighing in at 4.10 lbs.

Slated for June 8th, the next tournament will be held on Ft. Gibson running out Taylors Ferry North. At the end of the season, the best anglers from across the nation advance the 2020 Ray Scott Championship to be held at Lake Hartwell in April 2020.