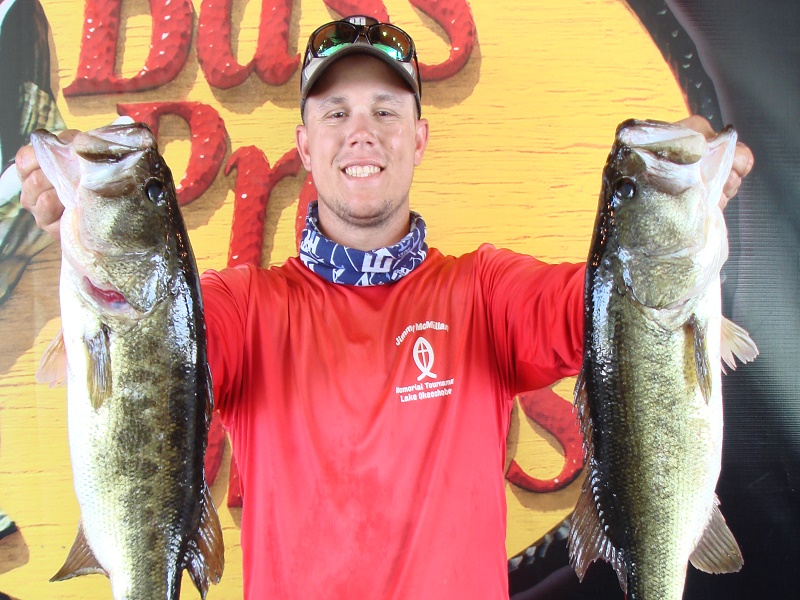 “I was fishing on the South end of the lake throwing a swim-jig and a popping frog. The bite was tough in the morning and then picked up later in the day. I caught two big fish just before heading in to weigh-in. I only had two fish at 11:30am. Finally, I got a win, first one.” McMillan said.

“I also caught my fish on the South end of the lake. My first fish, a 4 pounder, came on my second cast then it became a grind. Around 11:00am the fish turned back on and filled out my limit with a few big fish. I was throwing a chatter-bait and a frog all day.” Stevens said.

“I caught my fish today in 13ft-15ft of water on a crankbait. I lost a big fish on my fourth cast this morning that could’ve made a big difference for me.” Troyer said. 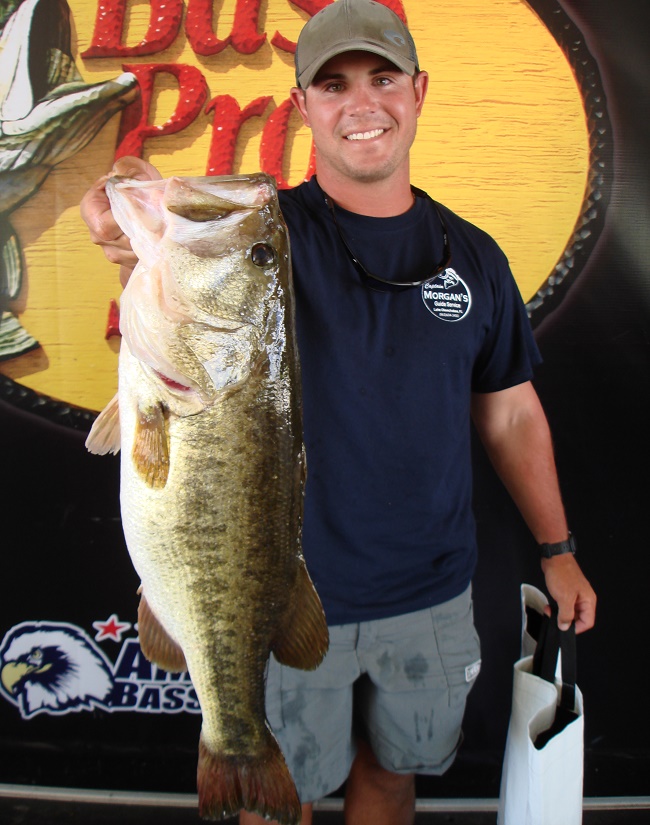 The big bass for the boaters was caught by Justin Morgan of Okeechobee, FL that weighed 8.47 pounds.

“I caught that big bass on a white swim-jig and a Bass Assassin Logger-Toad trailer on my third cast this morning,” Morgan said. 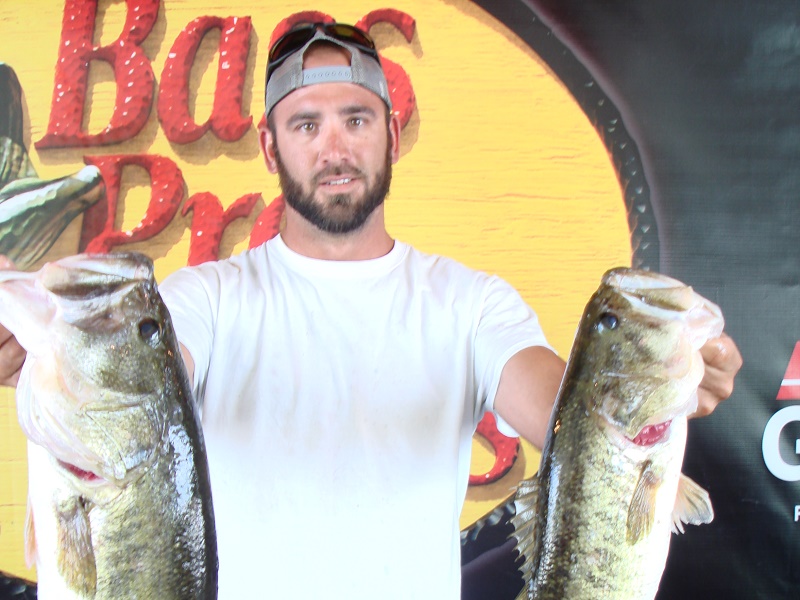 In the Co-Angler Division, Harvey Turner of Kissimmee, FL won with three bass going 15.47 pounds that included a 7.65-pound kicker. He pocketed a check for $1200 for his win and an additional $235 for the big bass award.

“I started out the day throwing a swimbait but the fish were short striking, so I changed up to dragging a worm. My fish came in less than 2ft of water.”  Turner said.

“I caught my fish on a black/blue swim-jig over the top of some bluegill beds. The bigger fish came around 11:00am but I was culling 3-pounders all morning. ” Wilson said.

“I was fishing on the south end of lake also. I caught my fish on a speed worm and a swim-jig. The bigger fish came around 11:00am also. We probably caught 50-60 bass today. I culled up about 2 pounds with my last fish with 10 minutes to go before check-in. I want to thank my boater, Mike Krause of Okeechobee Fishing Headquarters, for putting me around the fish today. We had a great day.” Mullins said.

Slated for September 29th & 29th, 2019 the next tournament will be the Area Championship that will be held on Lake Okeechobee out of Roland Martin Marina and Resort in Clewiston, FL. At the end of the season, the best anglers from across the nation advance the 2020 Ray Scott Championship to be held at Lake Hartwell in April, 2020.