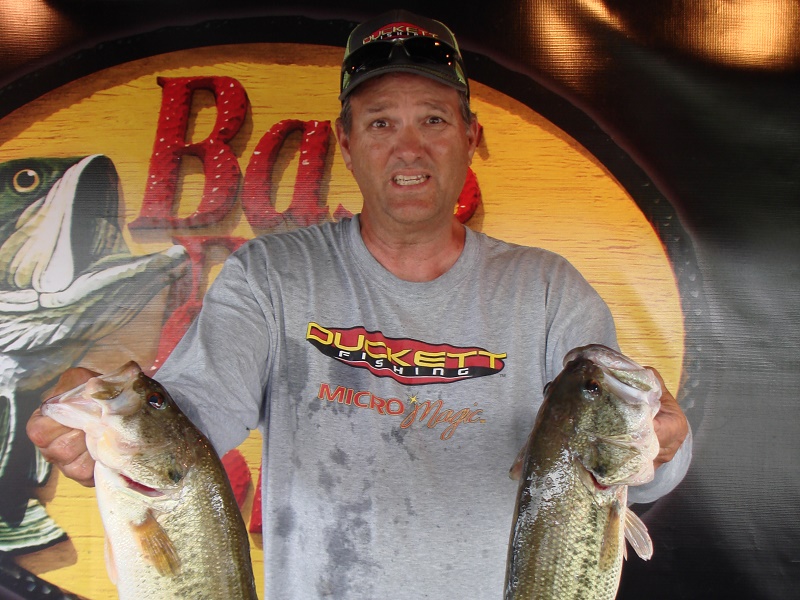 “I caught my fish on topwater and bed fishing. The two best fish came on topwater. I started off cranking on a point but that didn’t work out. Then I ran to pockets and started bed fishing.” Baumgardner said.

“I caught my fish today on a floating worm. I was targeting post spawn fish that were guarding frye. The better bite was early for me but I caught fish all day.” Stephens said.

Dan Funderburk of Rockwell, NC took third for the boaters with five bass going 15.32 pounds including a big bass that weighed 5.41-pounds.

“I started out with a swim jig and switched over to a floating worm and caught a few later in the day on a flipping jig. My big bass came on a 1/2oz Davis jig around a dock.” Funderburk said. 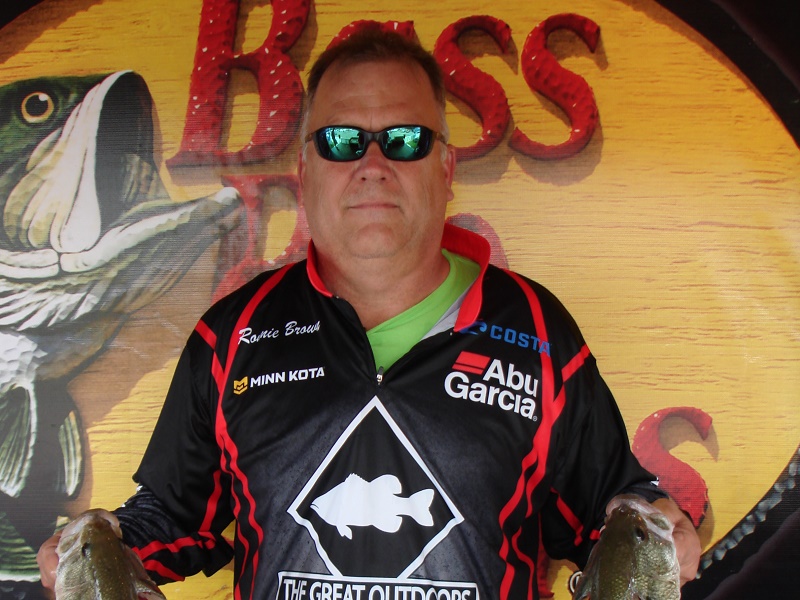 In the Co-Angler Division, Ronnie D Brown of Cherryville, NC won with three bass going 7.50 pounds. He pocketed a check for $950 for his win.

“I caught all my fish on a Senko around mid-lake docks. “Brown said.

“I also caught my fish on a Senko around docks.” Moore said. “

“I also caught my fish on a Senko around docks. I broke off a giant first thing this morning.” Shaver said.

The co-angler big bass award went to Doug File of Salisbury, NC for a bass that weighed 3.58 pounds.

“I caught that big bass with a Bagley crankbait on a rocky point. “File said.

Slated for June 15th, 2019 the next tournament will be held on High Rock out of Tamarac Marina in  Salisbury, NC. At the end of the season, the best anglers from across the nation advance the 2020 Ray Scott Championship to be held at Lake Hartwell in April, 2020.