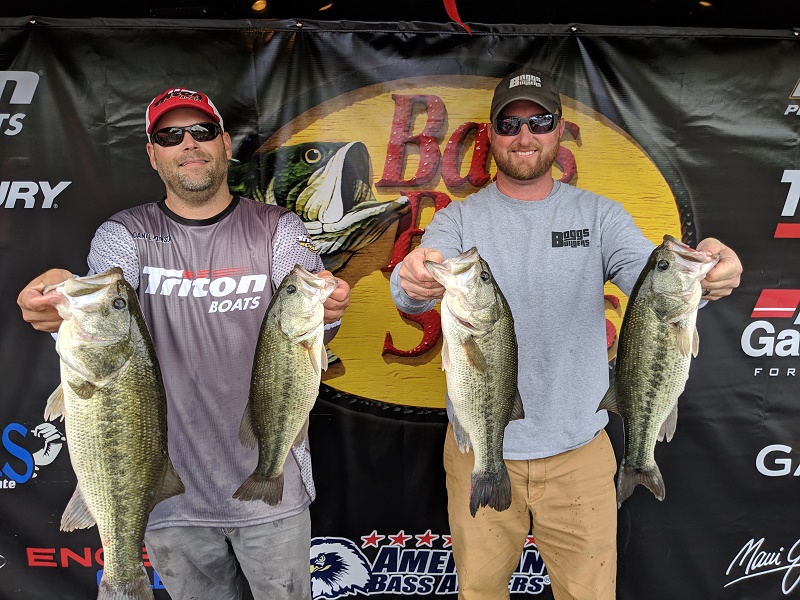 Saturday, April 27, 2019 the ABA Triton 100% Plus Team Tour held its second tournament of the regular season that launched from Flippers Bait and Tackle on Old Hickory located in Gallatin, TN. Sixty-nine teams went to battle in sunny weather conditions to try and win the 2019 Triton 17TX powered by a 60HP Mercury four-stroke with Garmin Echo-map plus 93SV valued at 20K. With just under a 1/2-pound lead over 2nd place. Daniel Johnson and Drew Boggs took the victory weighing in 5 fish for a total weight of 16.91 pounds. The team also earned a check for $1300 for taking 1st place in the High Stakes Option Pot.

“We caught our fish flippin in about 1 to 3 foot of water. We used a creature weight my buddy created a few years ago, we also used a vapor top bait. We fished in the upper portion of the lake.” said Johnson and Boggs. 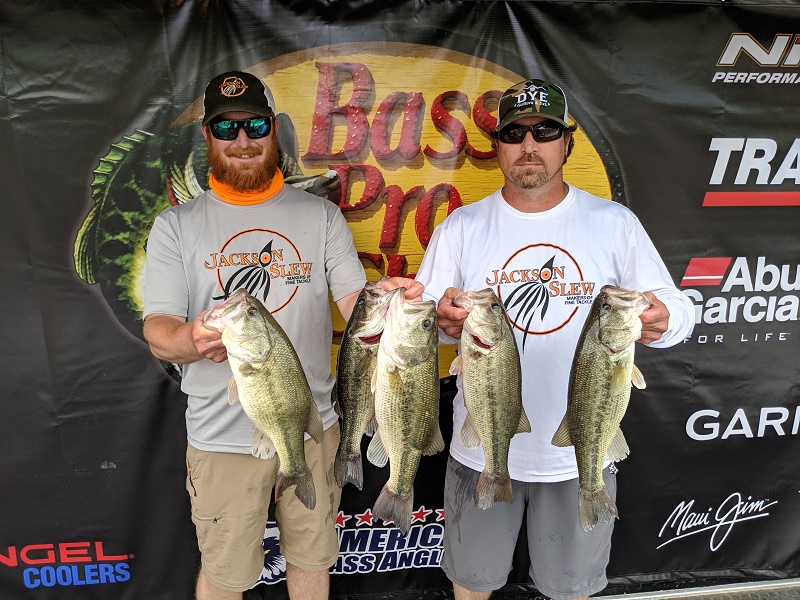 Second place team Tyler Patton and John Grissam brought 5-fish to the scales weighing 16.46 pounds.  They earned a check for $2300.00 for their catch.

“We caught our fish on a Jackson slew guide weight. We fished shallow and only lost 1 fish. We went out and took a left and went upriver.” said Patton and Grissam. 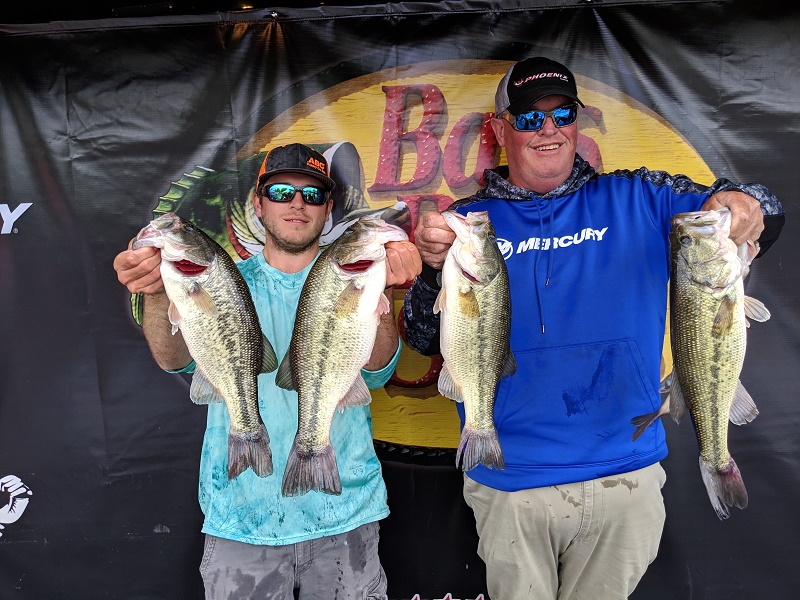 Coming in 3rd place was the team of William Merrick and Brandon Edel bringing 5-fish to the scales weighing 16.33 pounds.  They earned a check for $1600.00 for their 5 bass.

“We caught our fish flipping shallow in about 1 to 3 foot of water. We broke one fish off that may have made a difference. We used a beaver bait and a swim jig to catch our fish today.” said Merrick and Edel. 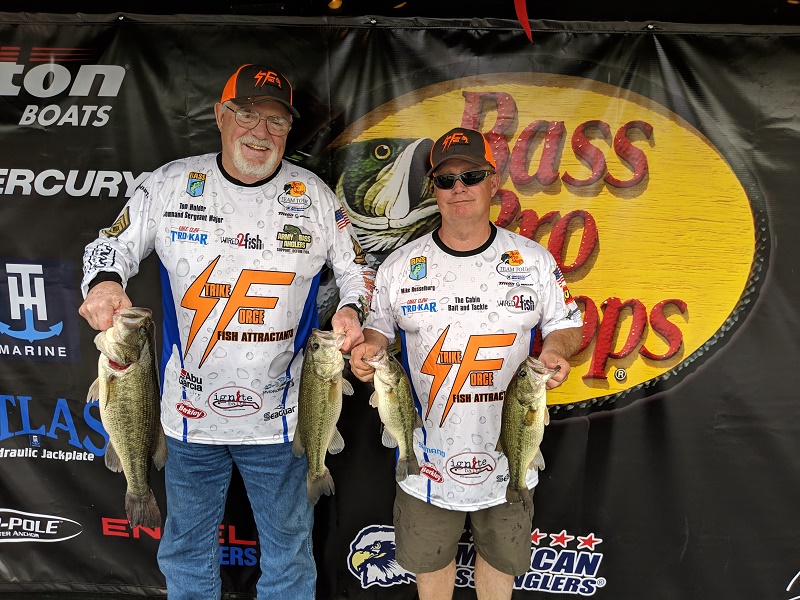 Coming in 6th place was Tom Holder and Mike Russelburg. They weigh 5 bass weighing 14.88 pounds with a 5.66 pounds big bass. They weighed in pretty early and a lot of teams attempted to take down their big bass, but none succeeded. They earned a $670.00 check for their big bass.

“We caught our big bass fishing a wood cover. We were somewhere up river and not really sure where. We caught it with a Berkley Chigger Craw.” Said Holder and Russelburg.

The next Tennessee/Kentucky Triton Plus 100% Team Tour Tournament will be on Kentucky Lake going out of the Kentucky Dam Village located at 113 Administration Drive, Gilbertsville, KY 42044.