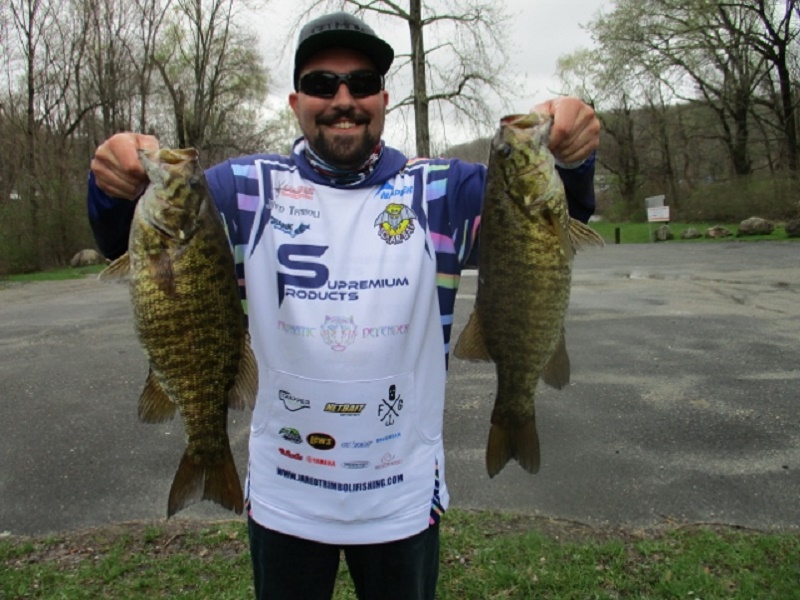 ATHENS, Ala. –   Jared Trimboli won the Bass Pro American Fishing Tour presented by American Bass Anglers, Connecticut Division 6 tournament, held on Candlewood Lake.  Running out of the Latins Cove State ramp landing near the town of Danbury Connecticut, the St James New York angler was one of only two anglers who managed to catch a 5 fish limit of bass.  Jared’s limit weighed in at 14.63 pounds. For the victory, he took home $$539.00 in cash.

In second among the competitors, Mark Watkins from Port Jefferson Station New York only had three fish, but they were nice ones weighing in at 13.07 pounds. Included in that catch was a 5.93 largemouth for the big fish of the day.  He pocketed a total of $422.00 for both awards.

Taking third place Chris Weber from Manorville New York caught the second five fish limit for the day weighing in at 10.88 pounds and worth $101.00.

Finishing in 4th was Dave Cangro from Nesconset New York who collected $72.00 for his efforts.

The next Division 6 tournament will be held on May 4, 2019 at Lake Lillinonah.  For more information about this Division and future events visit www.americanbassanglers.com or contact the local Director for Connecticut, Tom Dupuis at 860-987-7371 or Assistant Director Gary McClarran at 203-578-5012.