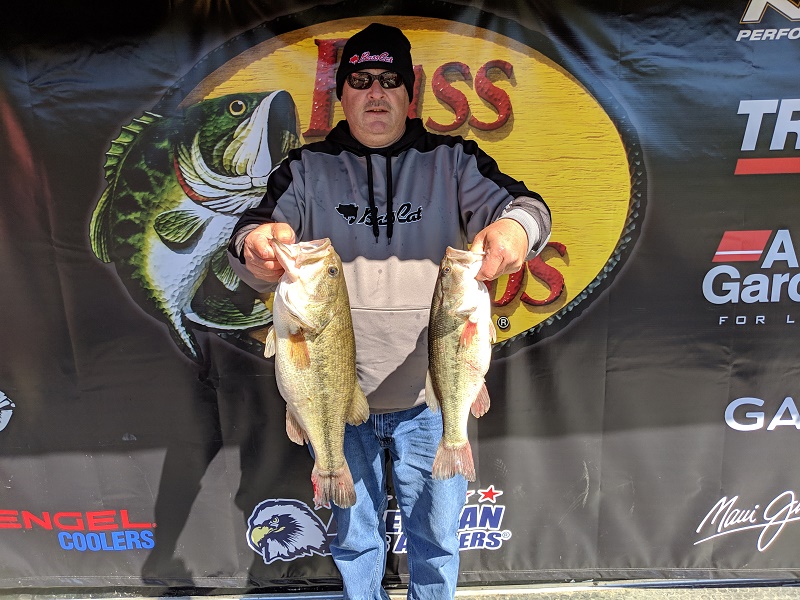 “I caught my fish with a little bit of everything, from a wacky rig to a football jig and a spinner bait. I fished in about 5 foot or less. I fished back in the pockets on Barkley.” Sanders said.

In second for the boaters, David Brunaugh of Carbondale, IL landed a three bass weighing in at 10.92-pounds.

“I caught all my fish on a Vibrating swimming jig. I caught them off the bank about 6 feet of water. We fished in Eddy creek and Buzzard Rock marina area.” Brunaugh said.

“I caught my fish on a half ounce Strike King spinnerbait. My boat was sitting at about 8 foot of water and fishing in about five to six feet of water. I caught my fish in Eddy Creek.” Boss said. 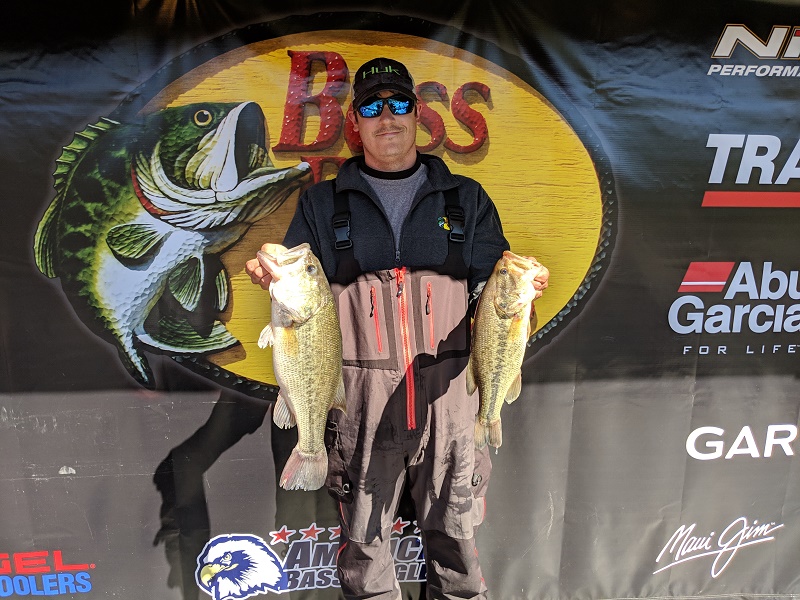 In the Co-Angler Division, JoJo Walsh of Lyles, TN won with three bass going 9.89-pounds. Walsh earned $700 for his win.

“I caught my fish on a couple of different baits. I caught my biggest on a zoom blizzard and that was after 2pm. I caught some on a Strike King and some short fish on a Carolina Rig. I concentrated on four to six feet deep. I stuck around near the docks to catch my fish.” Walsh said.

“I caught my fish this morning, at my first stop, on a Berkley Square-billed crankbait. I caught them shallow in less than 3 feet of water. I caught them in the back of the lake.” Murphy said.

“I caught my fish on a black and blue jug and the other off of a 9 inch blackberry custom made worm from Total Tackle. I fished in less than 5 foot of water and back in the coves.” Rapp said.

In fourth place among the co-anglers, Todd Mowery of Munford, TN brought in two bass for 6.73-pounds. Todd also caught the big bass for Co-anglers with a 4.44 pound big bass. “Dipper” Dan Basham of Taylorsville, KY finished in fifth place with two bass for 6.26-pounds.

Slated for June 8th, the next tournament will be held on Lake Barkley out of Lake Barkley State Park Marina, in Cadiz, KY. At the end of the season, the best anglers from across the nation advance the 2020 Ray Scott Championship to be held at Lake Hartwell in April, 2020.