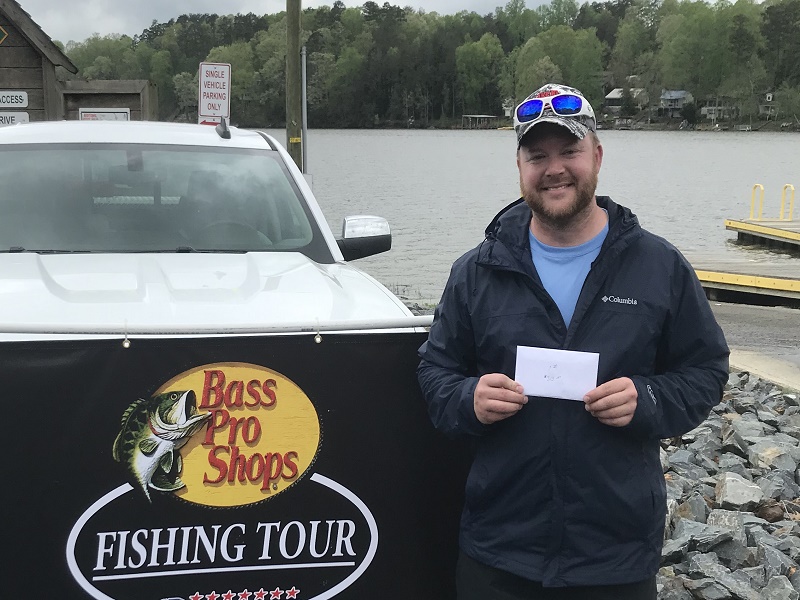 It was a cloudy morning on Badin Lake with temperatures in the lower 60’s and winds out of the SSW at 5 to 10 mph with scattered showers. Water temperatures were in the mid 60’s throughout most of the lake.  The daytime high topped out in the mid 70’s.

Jarred Pharr of Mint Hill, NC fished a jig in just two small areas throughout the day to bag his limit of fish. His efforts earned him some valuable points, and nice pay day worth, $313.00.  William Sipe of Albemarle, NC came in second place worth $128.00, with a 5 fish limit weighing in at 16.03 pounds, and big bass for the tournament at 6.5 pounds.

Congratulations to our top finishers.  Division 14’s next event will be held on High Rock Lake out of Southmont access on Saturday May 18th, 2019.

Next Event: The next tournament in division 14 is scheduled for May 18th on High Rock Lake out of Southmont Access.
For information about this division and future events visit Americanbassanglers.com or contact the local director for North Carolina-Charlotte – Lance Eckford at (919)628-3383.