Round 2 on Sam Rayburn 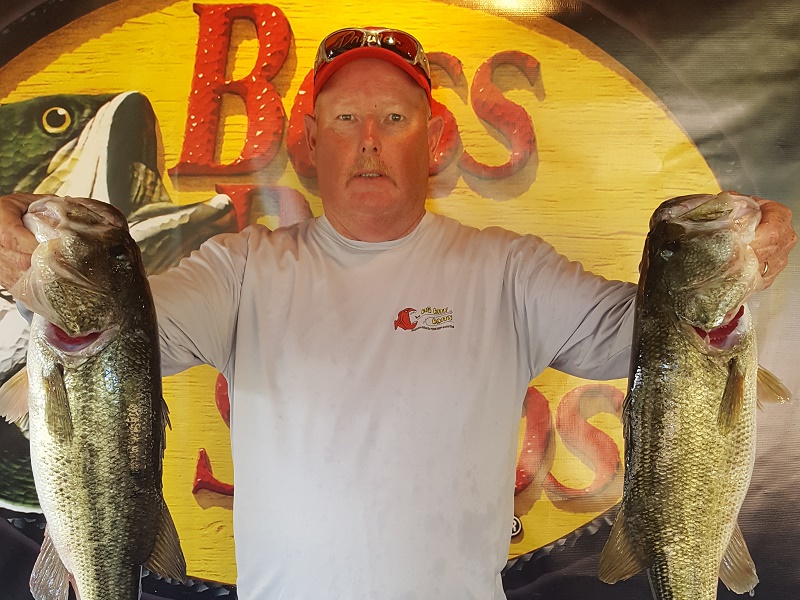 ATHENS, Ala. – Ricky Guy of Moody, AL won the Bass Pro Shops Open Series South Texas tournament, held March 23rd on Sam Rayburn Reservoir.  Running out of Cassel’s Boykin Park, Ricky caught five-bass weighing 21.42-lbs.  With 88 anglers in the field, Ricky took home a check for $5500.00
The weather had been absolutely beautiful leading up to Saturday setting up for a warm and sunny spring day.  The boats left the ramp at 7 AM just as the sun broke the horizon and brought us a great day on the water.

“My day started off good.  I had 3 little areas I stayed in.  I had a couple of bedded fish I went to and caught them first.  The spawn is going on right now, but the water is a little dirty and you can’t see them that well.  I was fishing 6-8 feet of water and kept moving between those 3 spots to catch what I had.  It was a pretty good day for me.”  Said Ricky.

In second for the boaters, Aaron Johnson of Shreveport, LA landed a five-bass limit weighing 19.36-lbs.

“I ran all over the place today.  I finally was able to settle down in a creek around 10:30 and stuck it out the rest of the day.  I had 3 keepers in the boat when I got there but caught 7 more and was able to cull up to what I had.”  Said AJ.

Jesse Moody of Apple Springs, TX took third for the boaters, right on the heels of Aaron with five bass for 19.33-lbs.

“I caught 10 fish today.  No shorts, they all kept.  I went to a lot of places and threw everything in the boat.  The only consistent thing I could put together is shallow.  I stayed shallow and made a lot of casts.  Most of them were flipping structure but I made a lot of casts.”  Stated Jesse.

Finishing fourth, Todd Driscoll of Jasper, TX landed a five-bass limit for 19.06-pounds. Michael Lafleur of Orangefield, TX rounded out the top five boaters with five bass at 19.02-pounds.  Big bass for the boaters was caught by Wyatt Frankens weighing 7.63-lbs.  His fish was worth more than $100/lb giving him a pocket lining of $870.00. 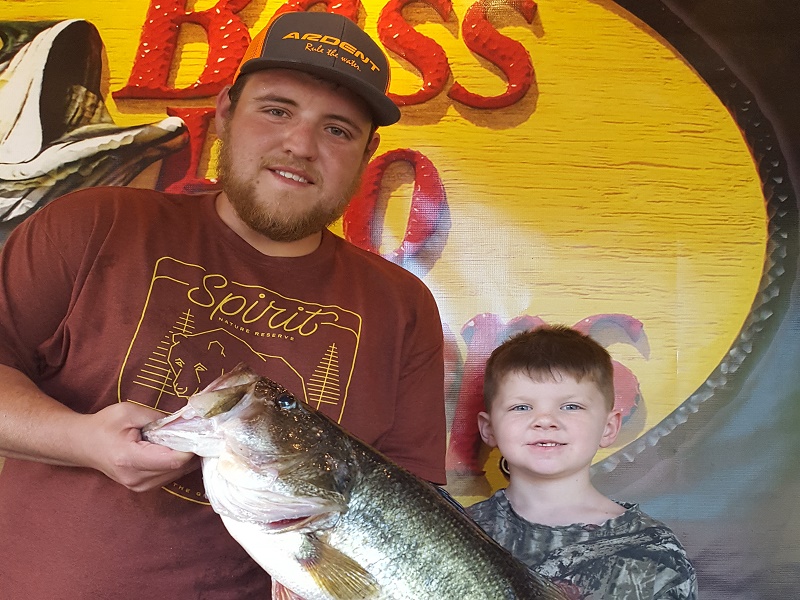 “My big fish was the first one I caught this morning.  I was throwing a bladed swim bait.  I had her around 30 minutes after take-off, so I kept my eyes on the live well most of the day.  We had a great day today and I would bet that I caught around 20 fish.  My boater had us on them.  It wasn’t an early bite either, we caught them all day long.” Said Dustin.

“I only had 3 keepers today in about 6 feet of water.  2 of them came somewhat early this morning and I finally caught my last one with about 30 minutes to go.” Mason said.

“I caught all my keepers on a 5-inch swimbait today.  I had 5 keepers, so I did cull and only 1 short.  We stayed in Veech and spent the day in a few spots.” Said Eddie.

In fourth place among the co-anglers, Larry Green of Lufkin, TX brought in three bass for 10.76-pounds. Chris Cain of Onalaska, TX rounded out the top 5 finishing in fifth place with three bass for 10.61-pounds.

Slated for June 29th, the next tournament will be held back on Sam Rayburn running out of the Umphrey Family Pavilion. At the end of the season, the best anglers from across the nation advance the 2020 Ray Scott Championship to be held at Lake Hartwell in April 2020.